Barely an hour to the commencement of the long-awaited verification exercise for the Nigerian Bar Association (NBA) National Officers Election, there are strong indications that the Prof. Auwalu Yadudu SAN-led Electoral Committee of the NBA (ECNBA) may have thrown spanner in its own works.

In a statement allegedly issued by ECNBA and signed its Secretary, Mr. Bolaji Agoro, the ECNBA had announced its readiness to commence voter verification 8 pm today.

Noting that CRENET, its ICT Partner for the verification exercise, will be sending access codes via text messages and “that GSM networks providers may prevent or delay the receipt of communications from Crenet if voters have activated the Do NOT Disturb (DND) application on their phones,” the electoral body directed eligible voters thus: “To de-activate DND on your mobile phone(s) send a text message with the word STOP to 2442.”

The statement was widely published by several legal blogs and online campaign platforms.

Again, to put it beyond doubt that the statement may have emanated from ECNBA, another communication titled “ECNBA DND COMMUNIQUE FOR VERIFICATION CODE” and posted on some online chatrooms by at least two leading NBA National Officers and an Assistant Director in the NBA Secretariat, the ECNBA again stated: “Here is what you need to know: To check your DND Status; Send a text message with the word STATUS to 2442. To de-activate DND on your mobile phone(s), send a text message with the word STOP to 2442.”

When CITY LAWYER sent “STOP” to the 2442 short code, the networks returned the same result thus: “Your request for FULL DND has been received and will be effective within 24 hours.”

Also, when CITY LAWYER sent “HELP” to the networks, the following result was received: “For FULL DND, Text STOP to 2442. To receive all messages, Text ALLOW to 2442. To check your DND status, Text STATUS to 2442.” “FULL DND” implies that the subscriber intends to bar all text messages from the networks.

There are strong indications that the correct instruction to enable eligible voters receive messages from CRENET ought to be: “To de-activate DND on your mobile phone(s) send a text message with the word ALLOW to 2442.”

When CITY LAWYER sent “ALLOW” to the 2442 short code, it received the following response: “Your request to deactivate the Do-Not-Disturb service has been received and will be effected within 24 hours. Text HELP to 2442 for more info.”

When CITY LAWYER called Mr. Agoro’s telephone number for clarification, it returned the message: “The number you’re calling is not available.” It was unclear at press time whether the ECNBA will issue fresh instructions to counter the hiccups that may be thrown up by its earlier statement.

Though the ECNBA had promised in its notice on the revised election time table that “A call center to provide assistance to members who may have challenges with the verification exercise and subsequently the voting exercise will be ready and deployed by Tuesday 12.00 noon,” it was unclear at press time whether the numbers had been made public.

However, what seemed like an acknowledgement of the DND code error was when the NBA Assistant Director posted on a whatsapp platform thus: “Good morning Sir, my regrets, please Text ALLOW in cap to 2442 to deactivate DND.”

CITY LAWYER also observed that unlike its earlier practice of sending emails to eligible voters, the last email received on election matters was on July 15, 2018. This has raised issues on whether eligible voters are aware of the latest changes in ECNBA’s election schedule, even as the verification portal is yet to be made public.

Meanwhile, there are strong indications that voters may not experience hiccups in receiving their verification text messages once they de-activate the DND mode. CITY LAWYER checks on four major networks – MTN, GLO, AIRTEL and ETISALAT – showed that only ETISALAT initially returned an error message when CITY LAWYER sent “ALLOW” to the network. The result read: “Sorry, invalid keyword. Please text HELP to 2442 for list of keywords.” A subsequent request to the network returned the message: “Your request to deactivate the Do-Not-Disturb service has been received and will be effected within 24 hours. Text HELP to 2442 for more info.” 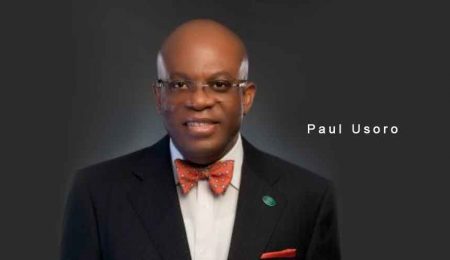