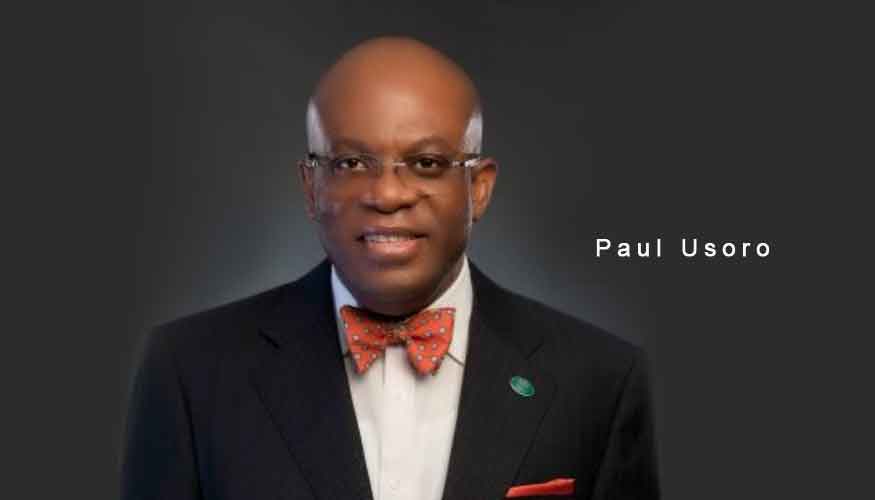 The Nigerian Bar Association (NBA) has failed to submit an end-year report to Macarthur Foundation to account for the $600,000 (N210 Million) grant to the lawyers’ body to foster criminal justice administration.

Although the report was due for submission by September 30, the NBA failed to remit the report, claiming there were no available records to do so.

A top source who is familiar with the operations of the fund told CITY LAWYER that the confusion was not unconnected with the fact that the project team failed or neglected to deliver a handover note to the Paul Usoro SAN-led administration.

In fact, the impeccable source told CITY LAWYER that the NBA Administration of Criminal Justice (NBA-ACJA) Program Officer, Zainab Animashaun had complained that she was not in a position to account for the fund, citing absence of a handover note. “She specifically requested that a forensic audit should be carried out to ascertain how the fund was deployed,” our source stated.

In response, the Usoro Administration extended the mandate of PriceWaterhouse Coopers – the auditors it appointed to conduct a forensic audit of the Abubakar Mahmoud SAN-led administration – to cover an investigation into the Macarthur grant. PwC was expected to submit its report in the first week of November, as against the earlier period of four weeks.

This move was however resisted by the new NBA leadership which, according to our source, argued that there was nothing sacrosanct about the team pioneering the implementation of the project. It is recalled that the new regime had earlier scrapped the controversial Office of the President of NBA (OPNBA), viewing it as a needless duplication.

But in a swift reaction, the NBA-ACJA Project Coordinator, Abdul-Rasheed, popularly known as “Murray” in NBA circles, told CITY LAWYER that there is no truth in the allegations. His words: “The Project team prepared a comprehensive handover note for the 2018-2020 NBA Administration, which includes a full handover report on NBA Criminal Justice Project funded by MacArthur Foundation. The said handover note was presented to Paul Usoro SAN by AB Mahmoud on the inauguration day. The said handover report provided details of MacArthur project activities, outstanding activities and the contact persons for further enquiries. The record is available.

“Apart from the handover note, the Project team led by the Project Co-ordinator met with the Transition Committee set up by Paul Usoro SAN. The project team presented the MacArthur Project to the Committee and answered all questions.”

On the claim that the alleged non-delivery of the handover note was responsible for the inability of NBA to render a report to MacArthur Foundation, the Coordinator said: “Our response is (that it is) the case of a bad work-man quarrelling with his tools and trying to give excuses for incompetence or poor performance.

“First, the Project Team co-opted all the NBA Secretariat Program Officers to be part of an enlarged Project Team. All the NBA Secretariat Programme Officers were assigned to various Project States to work directly with State Committees set up for each State. The NBA program officers travelled to the project States, they planned and organized State activities, they prepared budget for State activities, they contacted and invited participants and resource persons, they wrote activity report after each state activity, they were in charge of logistics. In fact the NBA program officers were co-opted as State Committee members. The Programme Officers and States assigned to them are as follows:
1. Oti Edah, NBA Head of Programs was assigned to Akwa Ibom and Edo States.
2. Damilare Ojo – Kogi, Ogun and Bayelsa States,
3. Edidiong Peter – Akwa Ibom State.
4. Folake Godwin Peters – Jigawa, Ogun, and Kano.
5. Okechukwu Uzoechi – Sokoto and Adamawa States
6. Esohe – Jigawa, Kano and Bauchi States.
7. Folake Godwin Peters – Nasarrawa State
8. Oti Edah and Folake Godwin Peters – Ebonyi State.”

The Project Team comprises about five technical experts who were specifically hired and introduced to the Macarthur hierarchy as competent to manage the fund. CITY LAWYER gathered that this was instrumental in NBA’s ability to garner the total $1.8 Million, three-year fund, said to be one of Macarthur’s largest endowments in Africa. The Project Team is complemented by NBA staff, designated as program officers.

Debunking claims that he and the Project Team sought to sit tight as NBA-ACJA project managers, he however gave an indication that Mahmoud may have lobbied Usoro to retain the team. His words: “Please note that immediately after inauguration of the current NBA administration under Paul Usoro SAN, the immediate past NBA boss, Mahmoud SAN had a meeting with Paul Usoro SAN and strongly recommended the retention of the old Project team for a short time so that they can write the full Phase One report and meet the September 30 deadline. Mr. Usoro accepted and agreed that the recommendation was a great idea so that the report could be quickly prepared. But regrettably, the leadership of this current NBA administration never invited the project team to write the report as agreed. The only thing we heard was that the current NBA leadership had set up a new Project team to continue with the project without even reference to the old project team for purposes of preparing the report to beat the September 30 deadline.”

“The above statement (on clinging to office) is false and baseless. Let me be clear: MacArthur Foundation NBA project is NOT tied to the 2 year term of an NBA administration. The project is a 3 year project. We did not design it for the whims and caprice of an NBA 2 year leadership. The 5 member Project team which I had the honour to lead was set up after we submitted our profiles to MacArthur for scrutiny and consideration. We needed to show and demonstrate reform and development work experience in working with donors and development partners. I am a very busy lawyer with a thriving practice. My service to the NBA is part of my Corporate Social Responsibility. I made it clear to Usoro SAN and others who sought my view that I wanted to pursue carrier prospects and was not ready to continue with NBA.

“The project team which I led only accepted to conclude outstanding phase one activities and prepare the report to meet September 30 deadline. Unfortunately, the current NBA leadership had other ideas.”

He told CITY LAWYER that the claim that the fund lacked transparency was also false, saying: “Let me be clear, the project team which I led only managed and supervised the technical aspect of the NBA Criminal Justice Project funded by MacArthur Foundation. All our activities were executed according to the budget and proposal approved by MacArthur. NBA Programme Officers were responsible for preparing budgets for project activities. The project team ensured activities complied with overall project budget before funds were released. The project team did not have access to project funds and did not sign cheques to release funds. The authorized NBA signatories are responsible for signing cheques on advice from us and presentation by the NBA account department.”

Noting that he has no skeletons in his cupboard, the former ACJA project coordinator said: “I urge the current NBA administration to carry out full forensic audit of project account. The project team has nothing to hide as we did not fund or procure service providers.”

Providing additional insights into the Macarthur grant, Murray heaped the blame for the crisis on the Usoro regime, warning that the handling of the debacle may determine NBA’s prospects with development partners.

His words: “This project is a 3 year project of 1.8 million US Dollars. However the project funds are to be released in 3 installments. For the first year 600,000 US dollars was released to NBA project account. I may not have the exact total sum disbursed but I do not think the project so far has gulped up to half of the fund released.

“The project team ensured financial prudence and compliance with the approved Project budget. If there are other expenses that were made that were not connected to the project, the Project team cannot take responsibility for that as we focused on our core mandate.

“It is important to note that the old Project team delivered on its mandate successfully. The old team carried out all its activities diligently and ensured we achieved the project goals.

“We were willing and ready to conclude first phase outstanding activities and write the report but we were not allowed by the current NBA administration to do so. Ever since the current administration assumed office the old project team has never been invited to any meeting for purposes of writing the report. The names and profiles of the old project team are with MacArthur Foundation. We are committed to the project because our personal integrity and our names were used for the proposal and application for funds.

“The current development is not good for the institutional integrity of the NBA. The NBA brand has been damaged by the way the current administration has handled the MacArthur Foundation funded NBA project. It may affect future relationship with the Foundation and other potential Partners. Development Partners have always advised that NBA should separate its political leadership from its reform agenda.”

The fund is a three-year NBA administration of criminal justice project supported by the John D. and Catherine T. MacArthur Foundation and aimed to strengthen the Nigerian criminal justice system and promote wide-spread criminal justice reform across Nigeria. NBA seeks to use the project to improve state-level adoption rates of ACJA 2015 in 28 states and to ensure that the innovations introduced by ACJA are uniformly adopted by all states, subject to local peculiarities. When CITY LAWYER visited the dedicated project website today, the following message was displayed: “Account Suspended: This Account has been suspended. Contact your hosting provider for more information.”