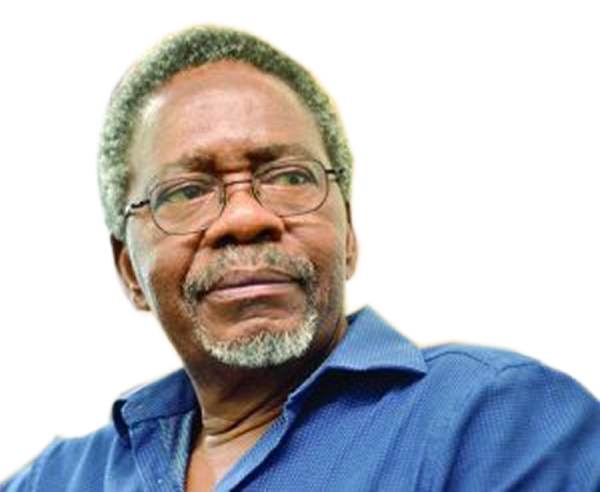 The University of Lagos (UNILAG) will on Tuesday turn to a mecca of sorts as jurists and scholars storm the famous citadel of learning to honour renowned professor of international law and jurisprudence, Prof. Akin Oyebode. The learned scholar turns 71 same day.Organized by the Faculty of Law, University of Lagos, the event is tagged, “A FESTSCHRIFT in honour of Professor Akin Oyebode.” A festschrift is a volume of scholarly articles contributed by many authors to honour a senior colleague or renowned scholar, usually on the occasion of the honoree’s birthday.

Scheduled to hold at 11 a. m. at the Jelili Omotola Hall C, UNILAG Multipurpose Hall, Akoka, the high-profile event will also witness the public presentation of the book, “Criss-crossing law and jurisprudence.”

Born on December 9, 1947 to the Oyebode family of Ikole-Ekiti, Ekiti State, the renowned scholar is famous for his uncommon erudition and unblemished integrity. Christened Akindele Babatunde by his parents, Chief Zacheaus Oladipo Oyebode and Madam Janet Olarewaju Oyebode, his academic brilliance shone early at Christ’s School, Ado-Ekiti where he had his secondary education from 1960 to 1966. A tribute published during his 70th birthday records that Oyebode’s character “earned him a place among the school prefects in his senior class.”

Unsurprisingly, he passed out with grade one in his West African School Certificate Examination. A product of Harvard Law School (1974 – 1975), Oyebode holds a Master of Laws degree with Highest Distinction (Otlichnik) from Kiev State University, Kiev, Ukraine (1973) and Doctor of Jurisprudence from Osgoode Hall Law School, York University, Toronto, Canada (1988).

“The other activities of Oyebode include being a guest lecturer in public international law, law of the sea and outer space at Foreign Service Academy, Ministry of Foreign Affairs, Lagos; member of board of directors of African and African-American Foundation on Science, Education and Economic Development Inc., New York; chairman and editor-in-chief, Nigerian Journal of Contemporary Law; member of editorial board, Lagos State University Law Journal; member of editorial board, University of Jos Law Journal; member of editorial board, Journal of Human Rights Law and Practice; member of editorial advisory council, The News; contributing editor, Environment Network; expert consultant, National Boundary Commission; consultant, Civil Liberties Organisation (CLO); member, advisory board, Centre for Human Rights and Development; consultant, UN Office for Outer Space Affairs, Vienna; Chair, International Advisory Board, Institute of Human Rights and Humanitarian Law; chair, board of governors, Women Advocates Research and Documentation Centre; member of board of Trustees, National Association of Democratic Lawyers; member of board of directors, Centre for Advanced Social Science; editorial consultant, The Guardian; chairman, Catholic secretariat of Nigeria think-tank; member of advisory board of Leadership Watch; and member of the Board of Trustees, Ekitipanupo Community Development Association.

“The international jurist and an academic of note is an exemplary family man. God in His faithfulness blessed his marriage to Chief Morenike Abosede Oyebode, who retired as a senior official of West African Examinations Council; with successful children: Akintunde, Akindeji and Olajumoke. To the glory of God, he is a grandfather.

“Oyebode is indeed a blessing to Nigeria having produced many qualified lawyers in the country that have occupied and still occupying strategic positions in government at states and federal level. Naturally, he is a pride of Ekiti people which unequivocally earned him the position of pioneer leadership of Ekitipanupo Forum, the preeminent indigenous intellectual roundtable for Ekiti people at home and in Diaspora. He represented Ekiti State in the last national conference during the administration of President Goodluck Jonathan.”