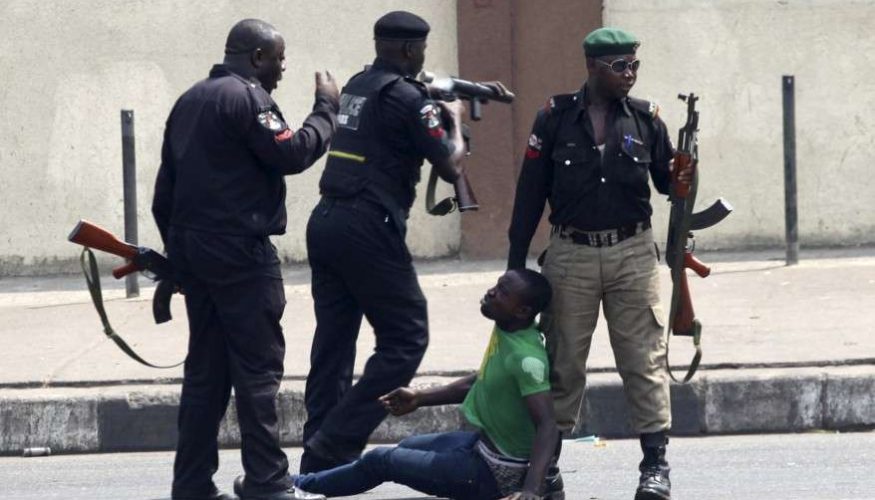 In a statement made available to CITY LAWYER by the branch and signed by its Publicity Secretary, Mr. James Sonde, it was gathered that the victim was picked up at the Iyana Oworo axis of Lagos while waiting to board a bus.

According to the statement , “He said he was beaten up, his face is swollen and bruised and his phone seized before he was bundled into a truck along with other people.”

The whereabouts of the lawyer remains unclear, as he is still being driven to an unknown destination by the police operatives.

One of our members, Mr. Aliyu Shuaib called the Secretary this morning that he has just been arrested by the police at iyana oworo as he was about boarding a bus to the island.

He said he was beaten up, his face is swollen and bruised and his phone seized before he was bundled into a truck along with other people.

The police task force team were operating in a convoy and picking up people along the road and their destination is not known for now.

While he was communicating with the Secretary of the branch, the Secretary passed the convoy approaching Obalende but the convoy of police men in pick ups and trucks are still moving as we speak.

His last phone conversation a few minutes ago was that they are now approaching Ajah and possibly heading for Epe.

The Chairman of the Branch has been informed and he has directed that the Vice Chair who is the Chair of the Human Rights Committee immediately attend to the matter.

We will have further updates as we get more information.