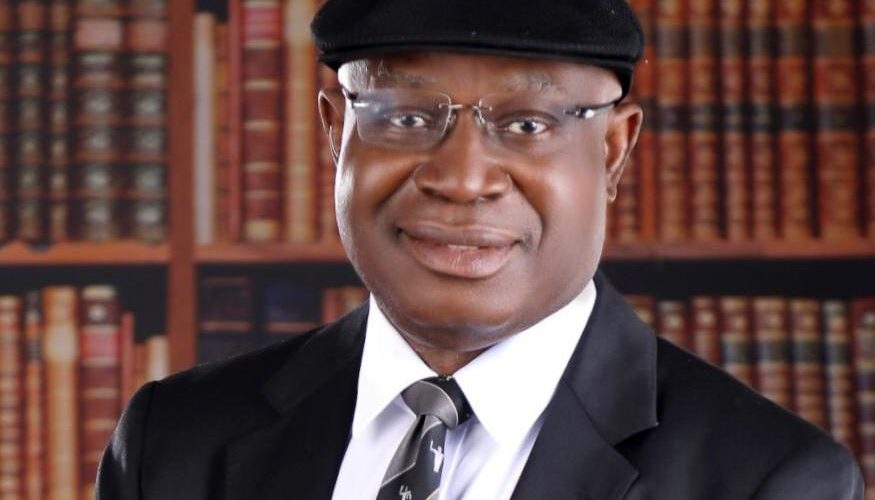 Shortly after the end of the civil war in 1970 Chief Ngige started his primary education at St. Francis Primary School, Uruezeani, Alor in 1970 and completed same at St. Patrick’s Primary School, Ogbete, Enugu. In 1974 he was admitted to St. John’s Secondary School, Alor for his secondary school education. He graduated in 1979 with the much coveted Division 1 grade.

After his secondary school education and precisely between August 1979 and September 1980, Chief Ngige had a stint with the Federal Ministry of Employment, Labour and Productivity where he worked as a clerical officer. In September 1980 he gained admission to study Law at the University of Nigeria, Enugu Campus (UNN). He graduated in July 1984.

Following his call to the Nigerian Bar, Chief Ngige was posted to Ondo State for the mandatory National Youth Service (NYSC) programme. His primary place of assignment was at the Nigeria Police Force, State CID, Akure where he prosecuted criminal matters on behalf of the Police.

Upon completion of his national youth service in 1986, Chief Ngige was employed as a Pupil Counsel in the Chambers of G. N. Uwechue & Co., Lagos. Chief Ngige practised in the law firm for four years and rose through the ranks to the position of Deputy Head of Chambers. In September 1990 Chief Ngige set up his law firm, Emeka Ngige & Co at the same Bank Chambers building before moving to his present location at Lewis Street in central Lagos.

Chief Ngige was on 10th July, 1992 appointed a Notary Public for Nigeria by then Chief Justice of Nigeria, Hon Justice Mohammed Bello. In 2002 Chief Ngige was adjudged to have achieved legal excellence and distinction, and elevated to the enviable rank of Senior Advocate of Nigeria on account of his contributions to the development of Nigeria’s legal profession. Chief Ngige was one of the private legal practitioners engaged by the Government to prosecute cases at the Failed Banks Tribunal at Enugu and Lagos. He was also among the private legal practitioners engaged by the Federal Government to represent the government in various cases filed by the Abacha family to stall the recovery efforts of the Government.

Chief Ngige is a consummate Bar man and has held various offices in the Nigerian Bar Association. He was a member of National Executive of the association between August 1991 and September 2016. Between 1995 and 1997, he served as Publicity Secretary, NBA Lagos Branch. He later became the Branch Secretary between 1997 and 1999. He was in 2009 appointed a member of the Body of Benchers as a representative of the NBA. He remained in that Body till November 2012.

He was also a member of the NBA National Disciplinary Committee between 2002 and 2004. Chief Ngige is a longstanding Assistant Secretary of Body of Senior of Advocates of Nigeria (BOSAN), having mounted the saddle since 2005. Chief Ngige also doubles as the Chairman of Class of ‘85 Nigerian Law School Alumni. The Class is among the alumni classes supporting the Nigerian Law School in various aspects including donation of law books and other materials.

Highly passionate about Bar governance, Ngige contested for NBA Presidency in 2012 and lost in very controversial circumstances. Subsequently, he penned a memorandum on Bar reforms, saying: “Every effort must be made to insulate the Election Committee from the influence, authority, direction or control of the National Secretariat or the National Officers. Under no circumstance should the Election Committee take directives or instruction from a National Officer or the National Secretariat.”

Chief Ngige is happily married to Mrs. Ogochukwu Ngige (Nee Anichebe), a civil servant with the Federal Institute of Industrial Research Oshodi (FIIRO). The lovebirds are blessed with four children. In recognition of his contributions to his community, Chief Ngige was conferred with the chieftaincy title of “Ikemba N’Alor.”