‘NO CAUSE FOR ALARM,’ SAYS ECNBA

There are strong indications that the Electoral Committee of the Nigerian Bar Association (ECNBA) is making frantic efforts to fortify the NBA Election Portal and deploy it for the election now shifted to commence tomorrow evening.

The electoral committee had in its latest statement moved the election from midnight today to 11 pm tomorrow, even as it gave no reason for the shift which is coming barely a few hours to the earlier commencement schedule.

But CITY LAWYER reliably gathered that the shift may not be unconnected with strong indications that the electoral committee is yet to conclude a clean-up of the voters’ list. The ECNBA Chairman, Mr. Tawo Tawo SAN had told a stakeholders’ meeting yesterday that the clean-up would be concluded by midnight, while a final list of verified voters was expected to be published today by the electoral committee. A source who is familiar with the process however told CITY LAWYER that the clean-up is still ongoing and may not be concluded until tomorrow. The committee had stated that over 30,000 eligible voters participated in the verification exercise.

CITY LAWYER also gathered that the electoral committee may have insisted on deploying the controversial NBA Election Platform delivered to it by the current administration for the election, even as it is making efforts to plug the gaps on the portal.

However, the ECNBA told CITY LAWYER today that there is no cause for worry, adding that the technology to be deployed for the election would be “seamless.”

According to a source who is familiar with the process, “They (ECNBA) are still updating the NBA platform up until now. The database of the election collation is now being hosted on another IP. They will only make that one active on the day of the election.”

But ECNBA Secretary Cordelia Eke told CITY LAWYER that some of the stakeholders “assumed we were going to use the NBA Election portal.” She however said that the electoral committee “wants the best” and would abide by the advice of its IT Consultants.

According to the ECNBA scribe, “We have done test runs. The platform we will use tomorrow will be endorsed by our IT Consultants. It is to be noted that the number of eligible voters for the election is a critical factor in deciding on the voting portal. This is the highest number of eligible voters so far when compared with the two previous elections. But rest assured that the process will be seamless. We all have our integrity and we will want to complete this assignment with our integrity intact. We will deploy the best platform for the election.”

Continuing, she said the “silence” on the part of the committee was to ensure the security of the process, adding that some mischief makers were bound to attempt to truncate the process “whichever platform you use.”

She assured that voters will receive a certificate after voting aside from an audit of the entire election, adding that the committee is making extra efforts to clean up the voters’ list and ensure that no eligible voter is disenfranchised. Her words: “Be assured that the voters’ list would be published before the voting exercise.”

It is recalled that some candidates have raised concerns on the reliability of the voting portal, even as the electoral committee refused yesterday to confirm whether the election will be hosted on the NBA Election portal as speculated. The Dele Adesina SAN (DASAN) Group had queried the electoral process, saying: “We are yet to receive any information from the ECNBA regarding the Service Provider who would conduct and manage the electoral process in respect of accreditation, voting, computation of votes, and declaration of results.”

The group also queried compilation of the voters’ list, saying that “the Voters List for Abuja and Lagos Branches, as typical examples, are tainted by severe irregularities which are yet to be addressed, even though official petitions have been written to the ECNBA.”

A technical report by consultants hired by another presidential candidate, Mr. Olu Akpata was more damning on the integrity of the voting portal. In a petition to ECNBA, Akpata stated that “Even more distressing is the fact that the NBA portal on which the verification exercise is being conducted appears not to be secure and can be easily manipulated.”

The report by the ICT experts stated that “we carried out a vulnerability assessment of the web platform with IP 130.61.106.164 and came up with the following deductions: That the NBA Portal is built on Drupal 8, an Open Source Content Management Software. The platform is a template edited for the NBA; That the NBA portal has a vulnerability severity rating between 4 – 7 based on discovered vulnerability exposures.”

The report noted that Cross-Site Request Forgery (CSRF), an attack that tricks the victim into loading a page that contains a malicious request, “was exploited few weeks ago on the NBA portal where many users made complaints of their password being changed without their taking such actions personally.”

The experts recommended the following remedial measures:
* A Unique Customized Secure Platform Built Specifically For The NBA: An organization with such repute and standard as the Nigerian Bar Association requires a unique software architecture and security framework used to build a customized web portal for all its services.
* Remediation of Security Vulnerabilities: This refers to the process by which vulnerabilities identified are resolved and further threats to the platform is prevented.
* Constant Vulnerability Assessment: There should be a set standard procedure for running assessment and penetration test constantly to keep the platform updated in line with global security standards and its defence capable of deterring any such cyber-attacks.

But in a searing reposte, the electoral committee lampooned Akpata for the petition, accusing him of gaining “unauthorized access” to the NBA portal. Said Tawo: “The committee therefore deprecates in strong terms the various attempts by individuals who in an attempt to force the hand of the ECNBA, some of who are members of the profession, to gain unauthorized access to the NBA website and going further to publish a report showing perceived weaknesses of the site to the world. This action is so sad to say, not expected of gentlemen of our noble profession.” 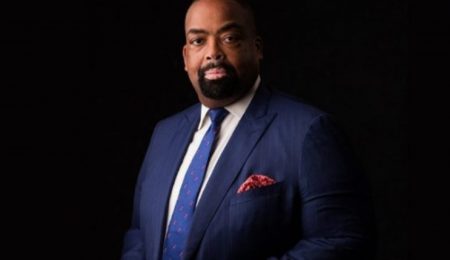 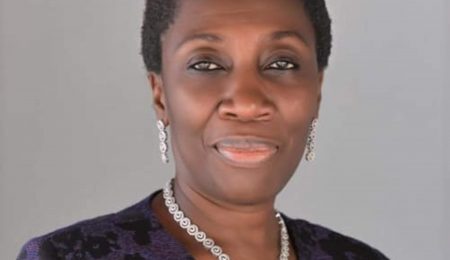 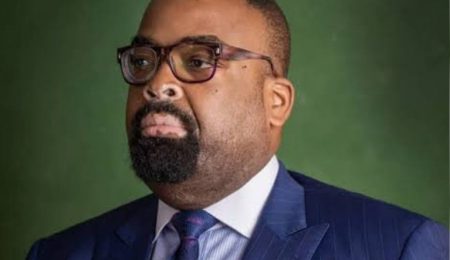