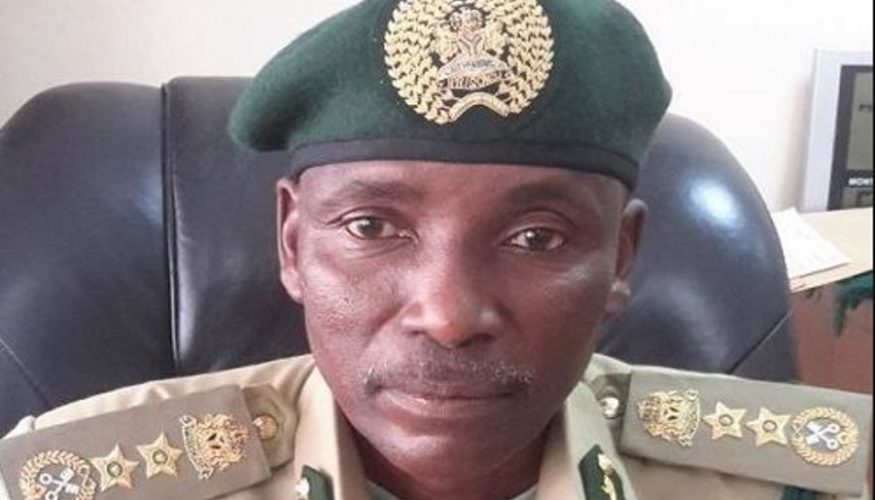 Speaking yesterday during a virtual conference on “Overcrowding of Custodial Centres – Implementation of Section 12 (4-12) of the Nigerian Correctional Service Act 2019, the Control of Inflow into Custodial Centers During COVID 19 Pandemic Confirmation,” Ahmed commended Prisoners Rehabilitation and Welfare Action (PRAWA) and Rule of Law and Anti-corruption (RoLAC) programme for facilitating the conference, adding that since the training started in March, “it is a new season and a new chapter in the life of the Nigeria correctional Service.”

According to Ahmed, who was represented by Assistant Controller General Tunde Ladipo, “Apart from the non-custodial service, the Act has made very important provisions on other issues bedeviling the Nigeria correctional service especially the custodial service.”

Describing overcrowding as “a thorn in the flesh of the custodial centres,” Ahmed said that “over 70 percent of the inmates who are incarcerated are not supposed to be in our centres, but due to reasons beyond our control, the trend has continued to linger on.” He however added that the Act “is made available to correct all these lapses,” noting that he is delighted that “this Act is in place and functional.”

On his part, Ladipo noted that over 33,000 Nigerians were convicted in the Federal Capital Territory (FCT) for violating coronavirus regulations, adding that the adverse impact on overcrowding of correctional centres would have been immense if not for the community service option enshrined in the Act.

He commended the operatives for their performance, adding that “this is made possible by the support of PRAWA and ROLAC as well as the cooperation from the judiciary and other stakeholders.”

In her opening remarks, the Executive Director of PRAWA, Dr. Uju Agomoh noted that the initiative is spearheaded by the National Civil Society Forum on Detention and Corrections in collaboration with the NCoS, National Human Rights Commission and the Legal Aid Council of Nigeria (LAC), adding that the forum “is committed to partnering with NCS to ensure effective implementation of this Act.”

She described the Act as “very progressive and capable of positioning the NCS as one of the best – if not the best – correctional service in Africa,” noting however that “this can only be achieved when the provisions are fully and effectively implemented. That is why we are also encouraging other stakeholders to partner with the NCoS, so that we can all enjoy the fruits of the Act.”

Agomoh, who is also the Convener of the Forum, noted that the virtual conference “is a dialogue with correctional officers.” She stated that there were representatives from all the nation’s geo-political zones as well as NCoS training institutions.

In his remarks, the Executive Secretary of the National Human Rights Commission, Mr. Tony Ojukwu commended PRAWA and its partners for spearheading reforms in the corrections sector, urging other stakeholders to “join hands to ensure that our correctional centres benchmark the best in the world in terms of respect for rights of inmates.”

On his part, the Director General of Legal Aid Council of Nigeria, Mr. Aliyu Abubakar commended the Federal Government for the COVID-19 palliative fund, noting that this would empower the youth and keep them away from crime. He was represented by Mr. Kenneth Mozia, Head of Decongestion Unit.

Speaking on the theme, the various Controllers of Corrections among other officers observed that the provision has been useful in containing overcrowding in the centres.

They noted that aside from phased admission of inmates into the facilities where the inmates were first quarantined in “isolation centres” within the facilities prior to admission into the general cells, robust collaboration with the State chief judges and Attorneys-general aided amnesty and jail delivery initiatives which cut down on overcrowding.

Noting that overcrowding is an act of torture, inhuman and degrading treatment, some of the speakers noted that the collaboration with pro bono lawyers and other stakeholders led to containment of overcrowding during the pandemic.

Speaking during the interactive session, Mr. Emeka Nwadioke, Chairman of the Police Duty Solicitors Scheme Sub-committee of the Nigerian Bar Association (NBA), Lagos Branch stated that the jail deliveries by Nigeria have been low compared to some countries including Iran and Turkey which released 100,000 inmates each at the peak of the COVID-19 lockdown.

Noting that the pandemic has compounded delay in trial of cases, Nwadioke urged strategies to fast-track trials and releases in the new legal year.

Section 12 of the Nigerian Correctional Service Act empowers controllers of corrections to trigger a mechanism to reject potential inmates if their facilities have reached full capacity.