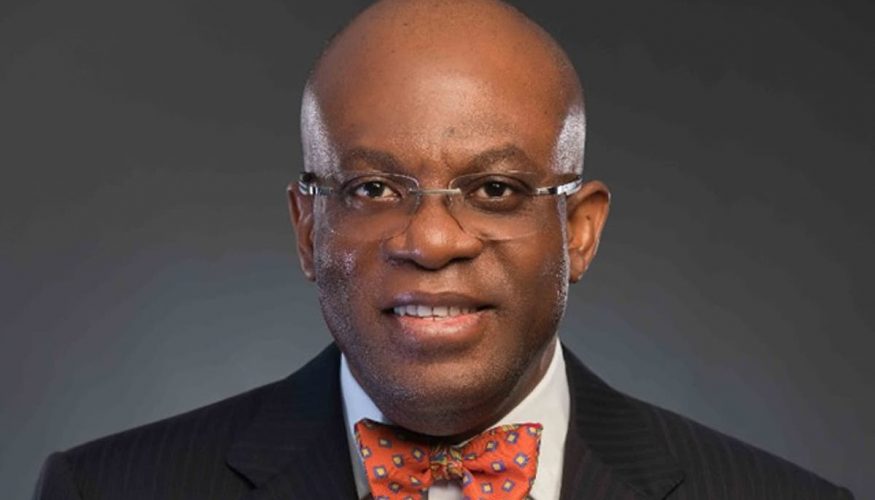 In a report by COURTROOM MAIL, Usoro deflated the allegations by outgoing NBA General Secretary, Mr. Jonathan Taidi, saying: “I couldn’t have known that you (Taidi) carry so much bile and harbour so much hatred against me all these while.”

It is recalled that CITY LAWYER had in an exclusive report stated the allegations by Taidi against the NBA President. Many lawyers and Bar Leaders have weighed in on the report. While some said the allegations are weighty and called for a full-scale investigation to determine their veracity or otherwise, others said the outgoing administration should concern itself with its handover ceremonies.

CITY LAWYER gathered from an unimpeachable source at the NBA HOUSE that the Usoro camp made frantic peace overtures to Taidi, noting that the optics of a warring administration in its twilight was uncomplimentary. This also led to some ‘photo ops’ between the two NBA chieftains.

In an email Usoro reportedly issued on the matter, he debunked any “personal relationship” with Miss Ayodeji Oni who was suspended for “insubordination” by Taidi but directed to resume work “with immediate effect” by Usoro, adding: “Exactly what do you have in mind?” Saying that the issue of Oni’s alleged elevation is not on the agenda for the Annual General Meeting, the NBA President advised Taidi “not to advertise one’s ignorance and incompetence.”

On the alleged attempt to “fleece” the association of N20 Million for practice license allegedly produced and paid for by the Abubakar Mahmoud Administration, Usoro said: “But you should’ve told me and also let me know what makes the contract unlawful.  By the way, as you know, NSPMC in their letter expressly recommended the third party Company that you’re referring to and for your information, I neither know the Company or any person connected therewith nor do I know anybody whomsoever in NSPMC.”

He stated that the exact amount paid to the Supreme Court staff was N10 Million and not N15 Million, adding that the payment was for services rendered. His words: “Actually, it was a payment for N10m (not N15m) for the compilation of the Roll for the NBA website.  Yes, you spoke with me about that payment and so did the National Treasurer who actually sent me a private mail on it and the payment was dropped without any fuss whatsoever.”

Below is the full text of Usoro’s email:

Many thanks for your enlightening e-mail response below on the Ayodeji Oni issue.  But for this letter, I couldn’t have known that you carry so much bile and harbour so much hatred against me all these while.  Hmm!  We learn every day.

To the extent that it’s necessary or required, I’ve addressed some of the issues you raised below (in red).  As I said in my concluding comments below, I do not intend to press this issue any further seeing as I’m out of office in a few hours, very happily.

In those remaining hours, however, I will continue to work with you, best I can, in the interest of the Association.  Meanwhile, I wish you the very best.

I have read your email below and surprised at your interference in MATTERS OF DISCIPLINE in the National Secretariat of the Nigerian Bar Association (NBA) occasioned by your PERSONAL RELATIONSHIP with AYODEJI ONI who was suspended on 25th August, 2020 for acts of gross insubordination. Personal Relationship?  What Personal Relationship”  Exactly what do you have in mind?  I have absolutely no such relationship with Ayodeji Oni.  In any case, that was not the thrust of my mail to you; it would’ve been a lot more helpful for you to address the factual issues in my mail.

Ayodeji Oni was at my instance issued with a query dated 21st August, 2020 to explain why as Head of Bar Services the attendance sheet of the National Executive Committee (NEC) Meeting of 5th December, 2019 was used in place of the attendance of 12th March, 2020.  She did not respond to the query, but challenged my authority to authorize the issuance of the said query and stated as follows:

The response confirms the planned NEW JOB PLACEMENT AND DESCRIPTION which you intend to present to the Annual General Meeting of the NBA wherein Ayodeji Oni will be ELEVETED TO OCCUPY THE MOST SENIOR POSITION IN THE NATIONAL SECRETARIAT even though she is unable to justify her qualification on the current job description. I would’ve thought that you, as GS, are aware of the fact that only matters on the agenda of an AGM can be placed before the AGM.  Is there any matter like “New Job Placement and Description” on the agenda of the 2020 AGM?  Is there any such Paper that has been prepared by me or you or anyone else and distributed to members?  I’m not aware of any such Paper or agenda item.  If you are, please, let me know. Piece of advice: sometimes, it’s wise not to advertise one’s ignorance and incompetence.

Your directive to Ayodeji Oni to resume work today is aimed at undermining my office for refusing to recommend payment to a private company for a contract you awarded to the Nigerian Security Printing and Minting Company for the printing of 2019/2020 practice license in the sum of Twenty Million Naira (N20,000,000.00) which I consider to be unlawful.   But you should’ve told me and also let me know what makes the contract unlawful.  By the way, as you know, NSPMC in their letter expressly recommended the third party Company that you’re referring to and for your information, I neither know the Company or any person connected therewith nor do I know anybody whomsoever in NSPMC. I recall that sometime in September, 2019 you sent me an invoice in the sum of One Hundred and Four Million Naira (N104,000,000.00) purportedly meant for purchase of a new elevator for the NBA House.  That invoice was from Otis Lifts and I was in talks with them, to your knowledge when we considered the option of replacing the single lift that was working epileptically.  For your information, I discussed the planned purchase with the Chairman of the Company and our respected professional colleague, Gbenga Oyebode, and he facilitated some discount for us.  That plan was abandoned when President Augustine Alegeh, SAN reached me (and I was copying all past Presidents with my correspondence in this regard and that’s how he knew) and informed me that the Contractor confirmed that the 3 lifts in the building were in place and power source was all that needed to be fixed for them to work.  I blocked the attempt to fleece the NBA and I know you have not forgiven me.  There was really nothing to forgive here because there was no attempt at fleecing the NBA by me or anyone else.  Recently, you caused Ayodeji Oni to send an invoice to pay Fifteen Million Naira (N15,000,000.00) to a female staff of the Supreme Court for services not rendered to the NBA which I refused to recommend and many more. Actually, it was a payment for N10m (not N15m) for the compilation of the Roll for the NBA website.  Yes, you spoke with me about that payment and so did the National Treasurer who actually sent me a private mail on it and the payment was dropped without any fuss whatsoever.

I will resist your attempt to undermine the office of the General Secretary, uphold the confidence reposed in me by our members and will not hesitate to dismiss Ayodeji Oni for gross insubordination if she resumes work in violation of the suspension order.  Hmmm!  This is rather interesting.  Even though the NBA Constitution makes the NBA President the final authority in and for the management of the National Secretariat, I won’t press this point seeing as I’m out of office, happily, and out of the National Secretariat in a matter of hours.  You may wish to stay back to guard the gates.