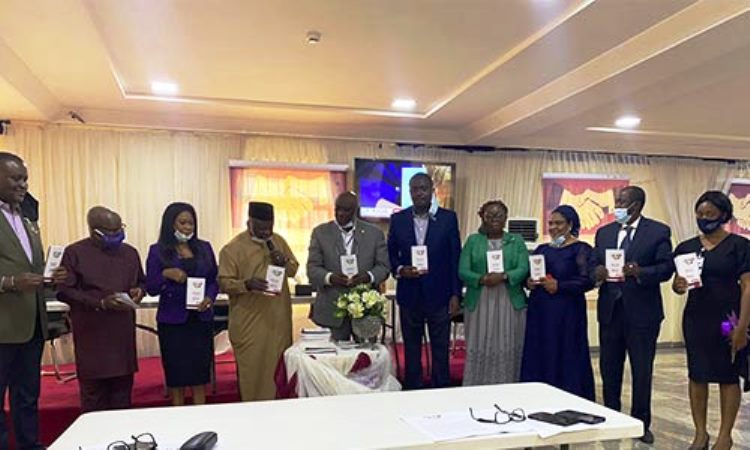 A senior advocate of Nigeria and chartered arbitrator, Prof. Paul Idornigie SAN at the weekend took a hard look at the controversial P & ID Case and concluded that the contract was fraudulent and poorly drafted.

Idornigie was speaking at the weekend in Abuja during the launch of the Janada International Centre for Arbitration & Mediation (JICAM) Rules 2020.

The foremost arbitrator whose paper was titled “Institutional Arbitration in Africa Post-COVID-19” stated that “the (P & ID) contract was fraudulent ab initio,” adding that “the contract was not properly drafted.”

According to Idornigie, the courts are not equipped to cure defective contracts, even as he urged arbitrators to “Africanize” arbitration by choosing Africa as the seat of arbitration in line with the “Africa Promise.”

On why Nigeria is not a leading arbitral centre and seat of arbitration, Idornigie who is also a member of the JICAM Governing Council said: “From my personal knowledge, most hearings in Nigeria are either held in hotels or law offices of the Legal Practitioners.  Such hearings whether domestic or international are not documented.  This probably accounts for the poor performance of Nigeria in this survey report.  This is without prejudice to the fact that issues of security, facilities, infrastructure and integrity of the Nigerian courts may also be factors responsible for the poor ranking of Nigeria in the continent.”

“The above lends credence to the establishment of JICAM.  JICAM is not only an arbitral centre but will perform arbitral services as it has its own Rules of Arbitration and Mediation.  These Rules are modern and comparable to other Rules like that of ICC and LCIA.  Indeed they are a blend of both.”

He stated that Nigeria’s legal framework would not adversely impact arbitral proceedings due to the advent of virtual hearings, saying: “Arbitration in Nigeria does not suffer the effect of the Evidence Act (s256(1)(a), the Constitution (s36(3) & (4) and the judicial pronouncements on hearing in public.  Prior to the COVID-19 pandemic, I have used Skype, audio and video-conferencing at JICAM and ICAMA, Abuja and LCA, Lagos.”

Continuing, he said: “However, quite unlike physical hearing, we must prepare adequately for virtual hearing.  This is the challenge post-COVID.  For African arbitration institutions to survive, they must have facilities for virtual hearing side by side  the existing facilities for physical hearing.  There are enough Protocols, Guidelines, Guidance Notes, etc on this as highlighted above.  Thus several issues will arise before, during and after the arbitral proceedings that must be carefully addressed.”

He warned that “The arbitral institutions that will survive are those with modern rules and facilities for both physical and virtual hearings.  The arbitrators that will be in business are those who are innovative, creative and digitally knowledgeable.”

In his remarks, former Chief Judge of the Federal High Court, Hon. Justice Ibrahim Auta said that he was “proud at the strides JICAM has recorded since its formal establishment in 2015. In keeping with its aim to promote a forum for the resolution of disputes, we have supported disputing parties in active reconciliation and resolution of their disputes.”

A fellow of the Chartered Institute of Arbitrators (UK), Justice Auta, who is also the Chairman of the JICAM Governing Council, stated that online dispute resolution (ODR) has witnessed a resurgence due to the COVID-19 pandemic, saying: “We have witnessed online giants utilize this mechanism in the resolution of buyer to customer disputes but we have failed to expand its use to the resolution of the common disputes. Perhaps this is an appropriate time to discuss the Rules we aim to launch, today.”

Noting that “parties with bad cases could easily frustrate such an attempt by withholding the consent to conduct such proceedings virtually,” Justice Auta, who was represented by Mrs. Diane Okoko, added that “we have equipped our center with state of the art facilities including high speed internet for this very purpose. In similar fashion, the Rules take care of numerous other issues which have been unclear in the arbitration space which I do not intend on boring you with today.”

On his part, the President of the National Industrial Court of Nigeria, Justice Benedict Kanyip who was the Special Guest of Honour stated that the Arbitration and Conciliation Act “does not apply in trade disputes,” adding that such disagreements are sui generis.

In his welcome address, former Nigerian Bar Association (NBA) presidential candidate, Chief Joe-Kyari Gadzama SAN said: “Indeed, while I consider it a huge privilege to have some of the best minds in the Alternative Dispute Resolution sector present at this event, I strongly believe that the launch of the JICAM Arbitration & Mediation Rules 2020 will usher in a new era in the realms of our Alternative Dispute Resolution engagements, which in the long run, will contribute significantly to the development of ADR both locally and internationally.”

According to Gadzama who is also a chartered arbitrator and fellow of the Chartered Institute of Arbitrators (UK), JICAM “was established in 2015 and commissioned by the then President of the Court of Appeal, Hon Justice Zainab Bulkachuwa, OFR, CON, as a dispute resolution center designed to promote a suitable forum for the resolution of domestic and international disputes,” adding that “JICAM is fully equipped with state-of-the-art facilities, with its rules and guidelines accommodating both ad hoc and institutional arbitration.”

In his goodwill message, the President of Institute of Chartered Mediators and Conciliators (ICMC), Chief Emeka Obegolu, commended JICAM for unveiling the new Rules.

Noting that there are over 10 prominent Arbitration and Mediation institutions in Nigeria, the former NBA General Secretary said: “I believe the general hope is for these institutions to leave their mark in the dispute resolution landscape, and contribute to the effective resolution of disputes. However, to achieve this, there must be synergy of some sort between these institutions. We must see ourselves not as competitors, but as partners in this dynamic field of ADR.”

In a similar goodwill message, the Chairman of the Abuja Chapter of the Chartered Institute of Arbitrators (UK), Mr. Chinwendu Madumere noted that the institute maintains a robust relationship with JICAM, adding that the emergence of the centre would “bridge the gap of having a world class arbitration centre with appropriate facilities and Rules.”

The event was moderated by the JICAM Acting General Manager, Chimdindu Onyedim-Etuwewe while Bar. Lama Joe-Kyari Gadzama gave the vote of thanks.