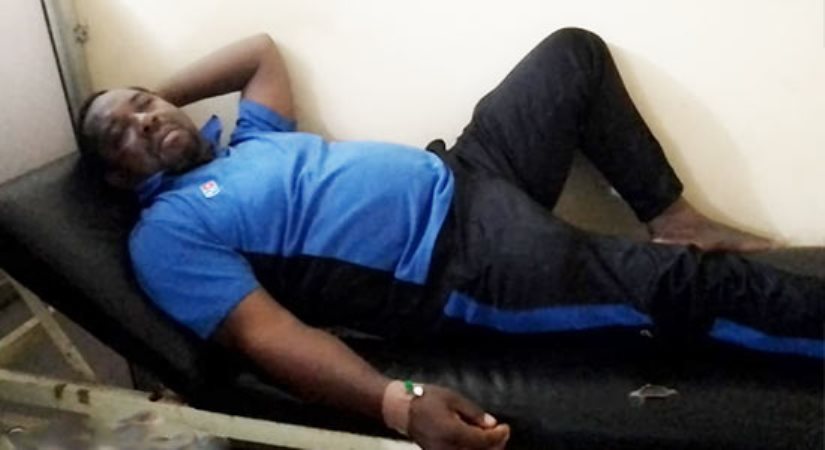 Impeccable sources told CITY LAWYER that Akpata had engaged with the EFCC Chairman over the matter. Bawa was said to have requested time to investigate the matter and take necessary action.

The EFCC has now issued a statement denying the alleged assault. The anti-graft agency said that it was the Makurdi Branch Chairman who “was the aggressor as he led a gang of thugs to breach the security of the Makurdi office in an attempt to forcibly set free a suspect under interrogation by the EFCC.”

The statement added that the Bar Leader allegedly failed to identify himself and that “the EFCC Zonal Head had no option than to show him out of his office and refuse him further entry into the Commission’s premises.”

He however said the Zonal Head denied “that he never touched nor directed any of his operatives to touch our member. He denied the beating.”

Narrating his ordeal, Gbagir said: “As I made to leave, the personnel of EFCC numbering between 7 and above pounced on me and started beating me. They broke my recommended reading eyeglasses in the process and pushed me out of the premises.

“Outside the premises, the threw out my footwears which I was dispossessed of in the course of the beating.”

Below is the full text of the EFCC statement.

The Economic and Financial Crimes Commission, EFCC wishes to inform the public that claims by one Justin Gbagir, Chairman Makurdi Branch of the Nigerian Bar Association, NBA, that he was assaulted and brutalized by operatives of the Makurdi Zonal Office of the Commission on June 8, 2021, leading to his being hospitalized at BUSTH is false, and orchestrated to portray the Commission as draconian and uncivil.

Contrary to the false narrative being promoted in the social media by Gbagir, he was the aggressor as he led a gang of thugs to breach the security of the Makurdi office in an attempt to forcibly set free a suspect under interrogation by the EFCC.

The standard procedure for effecting the release of suspects in detention is known to even rookie lawyers. But rather than follow due process, Gbagir opted for force, recruited thugs and stormed the EFCC office.

In spite of the provocation, operatives of the Commission handled him with restraint, bent backward by allowing him to meet with the Zonal Head. But rather than reciprocate, he still refused to identify himself, against all norms of civility. In the circumstance, the EFCC Zonal Head had no option than to show him out of his office and refuse him further entry into the Commission’s premises.

Regrettably, the seasoned lawyer resorted to social media blackmail, posing in hospital bed and concocting a fantastic story of an imaginary assault by EFCC operatives.

His action is to say the least indecorous and unbecoming of the leader of the bar in a state like Benue. He demonstrated embarrassing insensitivity to the delicate security situation of the state.

Gbagir should be remorseful for his misguided action and not spew untruths in pliable sections of the media.