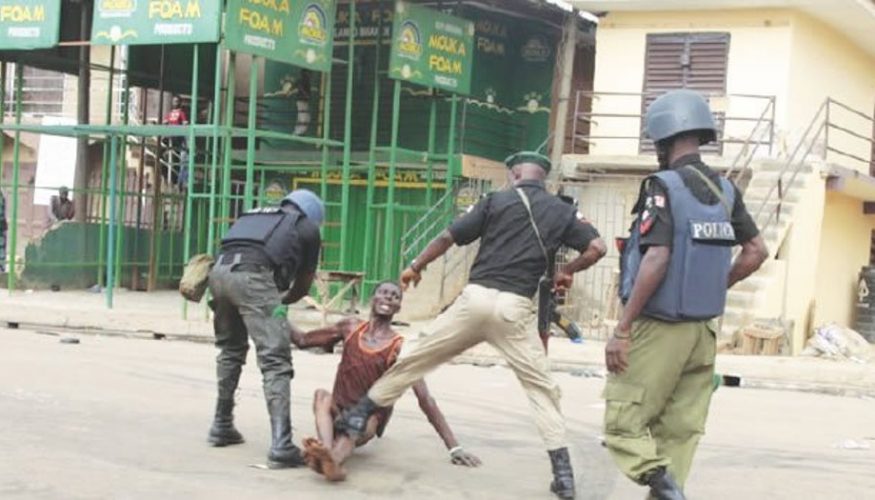 A high court in Lagos State has awarded N20 million in damages to a victim of torture for the violation of his rights by the Nigerian Police. This followed a pro bono legal representation of the victim, Mr. A. Abiodun by Avocats Sans Frontières France in Nigeria.

Prior to ASF France’s intervention, Abiodun  had spent over seven years in arbitrary detention after being subjected to torture by security operatives.

According to Angela Uwandu Uzoma-Iwuchukwu, Country Director, Avocats Sans Frontieres France, Nigeria, “The ASF France pro-bono legal aid program was instituted for cases of this nature, to provide legal aid at no cost to the defenseless, hence, ASF France intervention in the case of Mr. Abiodun.

“Between the months of April – August 2021, ASF handled Mr. Abiodun’s case, tendering applications to the Lagos State High Court on behalf of the detainee, citing the instances of torture, violation of his rights to personal liberty and freedom of movement, provided under the sections 35 and 41 of the constitution of the Federal Republic of Nigeria 1999 as amended.

“The application was successful as judgement was delivered in favour of Mr. Abiodun, and the police was ordered by the court to pay the sum of twenty million naira in damages to Mr. Abiodun

“In similar fashion, ASF France provided legal assistance to Mr. James A during the same period. Mr. James had spent over one year in arbitrary detention after being tortured. ASF France secured his unconditional release based on a similar application to the court citing the instances of torture and other violation of his rights.”

Said Uwandu after the judgement, “Nothing can ever make up for 7 years loss of one’s life, let alone 7 years filled with unthinkable acts of torture. Security agencies need to demonstrate their commitment to human rights by upholding these laws against torture.

“These cases were handled on the platform of the Promoting the United Nations Convention Against Torture (ProCAT) project, which is aimed at ending torture in Nigeria in line with ASF France overall mandate of giving a voice to the defense.”

The ProCAT project is being implemented in Nigeria by Avocats Sans Frontières France and co-funded by the United Nations Voluntary Fund for Victims of Torture (UNVFT) and the German Embassy in Nigeria.

Meanwhile, in line with the Pro-bono legal aid intervention of the “Strengthening the National Actors Capacities and Advocation for Ending Severe Human Rights Violations in Nigeria” (SAFE) project, Avocats Sans Frontières France (ASF France) has also secured the unconditional release of four (4) victims of arbitrary detention in Kaduna State, Nigeria. The SAFE project is funded by the European Union and the Agence Française de Développement.