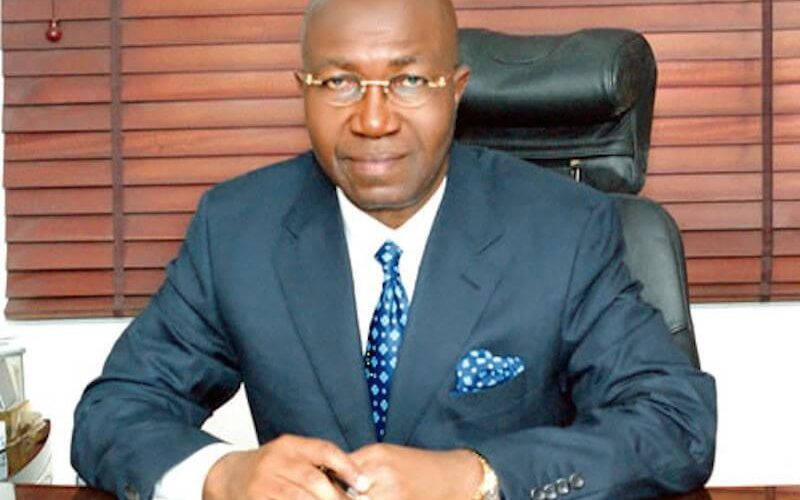 ‘You Have Not Been Fair to Us,’ Olanipekun Tells Mahmoud

In a letter dripping with angst and discomfiture, the go-to lawyer expressed disappointment at the situation, adding that the NBA President had “not been fair” to the past NBA presidents and secretaries who admonished him to shelve the constitutional amendment project.

RE: AMENDMENT TO THE NBA CONSTITUTION
First and foremost, may I extend my professional and brotherly courtesies to you as our/my President.
You would recall that at the last meeting of past Presidents and Secretaries of the Nigerian Bar Association (NBA) called at your instance at Fraser Suites, Abuja on Friday, 20th July, 2018, you brought up, amongst others, your proposed amendments to the NBA constitution and apprised us of the far-reaching amendments being proposed by you on the eve of your departure, as the President of the foremost professional association in Nigeria. After a very extensive discussion on your proposals, and considering the depth and implications of such amendments, the meeting advised that you should shelve and/or put the proposals on hold, and allow your successor-in-office do further consultations on them, both at the National Executive Committee (NEC) and general levels and platforms, in order to adequately weigh the pros and cons of the proposed amendments before passing same. It was on this note that the meeting closed, and you did not disagree with the wise counsel.

Surprisingly, a notice or plan/intention to amend our constitution, as proposed and tabled by you at the meeting has now been sent out, and I must confess, I am in receipt of same, to the effect that the proposed amendments will be presented at the Annual General Meeting (AGM) of the NBA. I am taken aback by this development, and I kept on wondering why you ever brought up the topic at our meeting of Friday, 20th July,2018, if you knew you would not respect our opinion. Mr. President, you have not been fair to us, to put it mildly. As a person, I protest this attitude and action of yours. Needless reminding you, Mr President that the same meeting resolved a lot of burning issues to your advantage and satisfaction.

As agreed at the said meeting Mr. President, may I again advise and counsel that you put on hold the proposed constitutional amendments. No one possesses the monopoly of wisdom, and it is only courteous that you also respect the objections raised to some of your amendments at the meeting, despite the fact that some of us saw the proposals for the first time just at the meeting. No leader, however brilliant, industrious, good-intentioned or pragmatic can ever resolve all the problems of his association, society or country in his life time or within his tenure. You cannot be an exemption. Please let us learn from history; and be reminded that amendments to the NBA constitution should no longer be randomly done. I dare say that the proposed amendments, in some material particulars, will turn out to be an ill-wind, which will bring or blow in no fresh breath. You are advised not to force the amendments on our beloved Association at the AGM, which, with much respect, might be constituted in such a way that the attendees would not readily understand or appreciate the unending conundrum we will be plunged into if the amendments sail through. And in case you insist on going ahead to present the amendments at the AGM, can you be gracious enough, as a lawyer and leader, to circulate this letter of mine to the AGM.

Allow me to copy this letter to the past Presidents and Secretaries of the NBA.
Once again, Mr. President, accept my high regards.