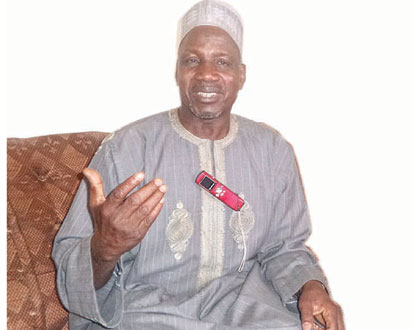 In a text message to CITY LAWYER yesterday while sending his statement debunking the alleged resignation, the embattled ECNBA Chairman said: “Above is my immediate response to the publication. I am afraid we would make it a police case.”

The legal community was thrown into confusion yesterday when news filtered in that the electoral committee chairman had thrown in the towel in the midst of the turmoil that has bedeviled the 2018 NBA National Officers Elections.

Yadudu has been under pressure to deliver free, fair and credible elections, even as the committee’s efforts have been hobbled by sundry challenges, leading to several shifts in the election time table.

Yadudu had told CITY LAWYER yesterday that he had not resigned, describing the purported resignation letter as “fake.” He had also sent out a text disowning the letter and demanding a retraction from social media entities that published the letter (not CITY LAWYER).

Delivering on his promise to send the original text to CITY LAWYER, Yadudu stated that the ECNBA would file a complaint on the forgery.

Although there has been a clamour by some segments of the legal community for the ascetic Law teacher to quit or be sacked due to the hiccups that have attended the elections, this has not gathered steam.

The alleged resignation letter which was dated August 5, 2018 and penned on the NBA letter-headed paper, was purportedly signed by Yadudu who allegedly declared: “I now choose to step aside to save my integrity and reputation. I thank our great leader the President of the Nigerian Bar Association in the person of Abubakar Balarabe Mahmoud (SAN) for this opportunity to serve.”

It was unclear at press time the role the Mr. Abubakar Mahmoud SAN NBA leadership would play in the investigation and prosecution of the offenders.