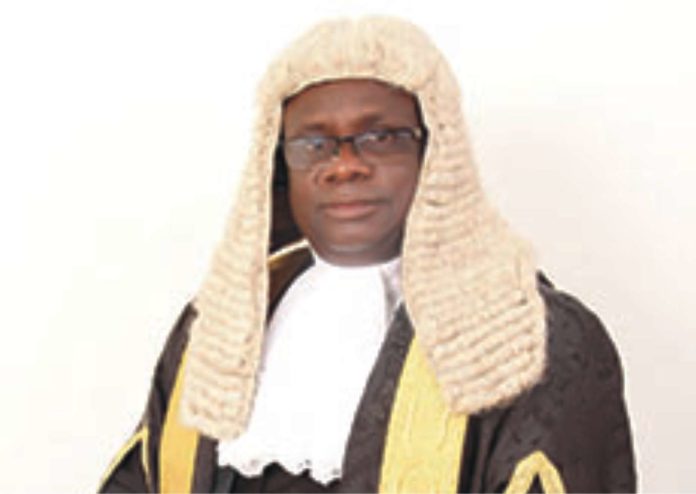 Mr. Tawo Eja Tawo SAN is obviously one of the most important stakeholders in Nigerian Bar circles today. In fact, it is believed that the fate of Africa’s largest Bar association may depend on what he does or fails to do in the coming weeks leading up to the 2020 National Officers Elections of the Nigerian Bar Association (NBA).This is coming on the heels of his appointment on March 12, 2020 by NBA President, Mr. Paul Usoro SAN as Chairman of the five-member Electoral Committee of the NBA (ECNBA). The Committee also comprises Cordelia Eke as Secretary, Prof. Augustine Agom (who is returning as ECNBA member, having also served in the 2018 committee), Abdullahi Haruna and Alozie Echeonwu.

CITY LAWYER investigations show that while many top Bar Leaders are not very familiar with the ECNBA Chairman, some lawyers vow that he is a man of integrity. Many however express concerns that the issue may turn on the integrity of the ECNBA Chairman or the choice of an Information and Communication Technology (ICT) Partner for the election, but on whether the NBA leadership will give the committee a free hand to deliver free and credible elections rather than mount pressure on it to throw up a preferred candidate and the moral courage of especially the ECNBA Chairman to resist such pressures.

Some Bar Leaders are worried that the ECNBA Chairman has significant ethno-political affinity with the NBA President, given that both are majorly from the Eastern Zone/Eastern Bar Forum (EBF) and the novel but comatose Akwa-Cross Forum (ACF). The ACF is said to have been established by Usoro to dilute the influence of the EBF which dumped Usoro to pitch its tent with Chief Arthur Obi Okafor SAN in the run-up to the 2018 NBA Elections. They argue that Tawo’s appointment may make interference by the NBA leadership more likely, adding that choosing a candidate away from the Akwa-Cross bloc would have been reassuring to most stakeholders. While Tawo is from Cross River State, Usoro is from Akwa Ibom State.

Three former NBA presidential candidates told CITY LAWYER that they did not know Tawo well enough to give a fair assessment of his character, even as a fourth presidential candidate said he was familiar with the ECNBA Chairman. However, many of them said the issue may not turn on Tawo’s integrity or otherwise as against the political will of the NBA leadership to give him a ‘free hand’ to conduct the elections.

While one of the former presidential candidates simply told CITY LAWYER that “I don’t know him, so I can’t assess him,” another said the ECNBA Chairman may mouth all the necessary platitudes only to end up playing the tune dictated by his appointors.

Yet another presidential candidate said: “I don’t know much about him. Integrity so far for a man that has not been exposed to opportunity to really demonstrate it is different from integrity in the act. ‘Honesty’ and ‘weakness’ also sometimes don’t cancel out in reality. You may not be a thief as we know but when a thief comes you may look away for him to steal. Nigerians will still eulogize you for integrity. I don’t know Tawo close to assess his character.” Asked whether appointing a credible ICT Partner would make a difference, he said: “I told you this one thousand times. There is nothing wrong with the system. Human being is the problem. There is nothing anybody can do unless the person in-charge wants and wills an honest process. If Tawo wants an honest process and refuses to be controlled by any person that wishes the opposite it will be done. The Nigerian is the problem to Nigeria. The Nigerian lawyer is the problem to the profession and Nigeria, not laws, not rules, not systems, not machines, not internet.”

However, a former Lagos Branch chairman as well as a factional NBA branch chairman said Tawo is reputed as a man of high repute, adding that it would be difficult to sway him. This was validated by another senior lawyer who told CITY LAWYER that the ECNBA Chairman has vowed to boycott the NBA House and its secretariat in all the committee’s activities in order to ensure that the committee is insulated from influence and infiltration. In fact, the source told CITY LAWYER that the ECNBA Chairman had told whoever cares to listen that he would resign should unbearable pressure be brought on him to thwart the will of the electorate. CITY LAWYER however gathered that Tawo went into a close-door meeting with the NBA President immediately after the committee was inaugurated. Details of the meeting were not made public.

Tawo is a graduate of the University of Lagos (UNILAG) where he received a Bachelor of Law (LLB) degree in 1986. He was admitted to the Nigerian Bar in 1987 and commenced his legal practice the same year in Kaduna where he undertook his National Youth Service (NYSC) with the law firm of H. S. Usman & Co. He worked with the firm till 1990. Though he registered his law firm on April 13, 1989 it was not until 1991 that he left to start his own solo law practice. The firm now has offices in Abuja, Lagos and Port Harcourt.

The senior lawyer was among the team of lawyers including 46 senior advocates led by Chief Wole Olanipekun (SAN) to defend former Chief Justice of Nigeria, Justice Walter Onnoghen at the Code of Conduct Tribunal. Tawo again crossed paths somewhat with Olanipekun when he brought a suit by People’s Democratic Party (PDP) aspirant in the December 8, 2014 Abia State primary poll, Friday Nwanozie Nwosu before the Federal High Court in Owerri seeking to disqualify Abia State Governor Okezie Ikpeazu for allegedly submitting forged tax certificates to INEC. While the challenge was unsuccessful, Olanipekun would ultimately succeed to torpedo an order of court arising from a similar suit and directing that Dr. Uche Ogah be sworn in as the Abia State Governor.

A longstanding member of the NBA disciplinary panels, Tawo was in March 2018 appointed by former NBA President, Mr. Abubakar Mahmoud SAN alongside NBA presidential aspirant, Dr. Babatunde Ajibade SAN as members of NBA disciplinary committees charged with determining whether there are prima facie cases against lawyers accused of professional misconduct. He heads the Abuja Panel B while Ajibade heads the Lagos Panel B.

The ECNBA Chairman has strong views against political parties seeking to have the Supreme Court review its decisions, describing such as “lawlessness.” According to Tawo, “It is an attempt to demystify the finality of Supreme Court judgments which does not augur well for judiciary and judicial process. It portends danger because it will open the floodgate for similar applications on land or even criminal matters. There must be an end to litigation.”