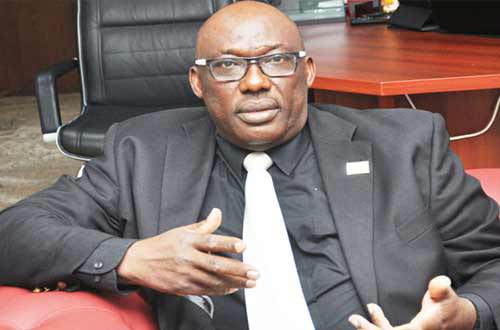 In an exclusive interview with CITY LAWYER, Gadzama, the first presidential candidate to drag NBA to court to challenge the outcome of its national election conducted by electronic voting, also warned that all “principal actors” in the electioneering process must eschew throwing up a preferred information technology specialist to midwife the election.

Giving in insight into the character of the newly appointed Chairman of the Electoral Committee of the NBA (ECNBA), Mr. Tawo Eja Tawo (SAN), Gadzama stated that lawyers in the Abuja axis especially view him “as a man of integrity,” adding however that he “hopes” Tawo would sustain the rating.

His words: “There should be a mechanism to allow real-time monitoring of votes during the voting exercise.”

On the selection of an information technology specialist to partner with the ECNBA to deliver the elections, the leading arbitrator said: “This is a crucial time in the legal profession as we prepare to elect National Officers who will pilot the affairs of the association for the next two years. Any IT company to be engaged must be competent and reputable. Requisite due diligence must be conducted on any prospective IT company before engagement. It must be a company that has no real interest in who emerges as winners of the election other than a reflection of the wishes of the majority of members of the Bar.

“In engagement of an IT company, mechanisms should be put in place to ensure, as much as practicable, that the Principal Actors here do not have any affiliation, interest in or influence over the IT company. I am aware that the ECNBA has issued a request for proposal for IT consultancy. Bearing in mind the above considerations and the pre-qualification requirements in the issued RfP, if strictly adhered to, it should result to the engagement of a competent IT company.”

Speaking on growing concerns that a preferred bidder may be chosen as an IT Specialist for the elections, Gadzama said all efforts should be made to dispel such claim. His words: “You will recall that the outcome of the 2016 and 2018 NBA elections were challenged in Court and as an association, we must do everything reasonably and humanly possible to ensure that the 2020 election is conducted in a transparent manner acceptable to the majority, if not all. This process of course includes the selection of an IT company for the election. Any legitimate concern by stakeholders about the process must be taken seriously and adequately addressed. Remember that confidence and trust are key here.

“As pointed out earlier, there should be clear yardsticks and objective basis for selection of an IT company for this process and all Candidates (particularly presidential candidates) should be carried along. With the considerations already highlighted, I believe that the concerns of stakeholders can be adequately addressed. No system is perfect but once appropriate checks and balances are put in place, these concerns will be sufficiently, if not completely, addressed.”

Gadzama also weighed in on the controversy surrounding participation of NBA staff in the elections. Asked the extent to which the staff should be involved in the elections, Gadzama said: “No doubt, the NBA Constitution 2015 (as amended in 2019) vests the responsibility of conducting National Officers Elections on the ECNBA. Particularly, Paragraph 2.3 (c) of the Second Schedule to the NBA Constitution makes it the duty and responsibility of the Electoral Officers to control, conduct and manage the elections. Also see paragraph 2.1 (a) of the Second Schedule.

He adds: “The NBA Secretariat is manned by NBA Staff and, as highlighted above, there are certain roles and activities to be performed by the Secretariat in the process. Because NBA Staff are also human and may have personal interest in the outcome of the election, it is advisable that their participation in the process should be limited and/or restricted to assuage the genuine fears of those who may have cause to worry that they may be used to manipulate and/or confer undue advantage on any candidate.”

Given that he took the unprecedented step of challenging the 2016 presidential election in court, CITY LAWYER asked the popular Bar Leader to plot a roadmap to a rancour-free 2020 National Officers Elections. Gadzama advised that aside from availing all candidates a level-playing field, the ECNBA must eschew arbitrary disqualification of aspirants. Also, voter registration and verification must be transparent while the candidates must be given access to interrogate the electoral process.

His words: “The need for an acceptable NBA election cannot be over-emphasized. The outcome must reflect the choice of the majority of members. The ECNBA must ensure a level-playing field for all candidates.

“In the past, there have been genuine complaints against unjustifiable disqualification of aspirants for elections. A National Publicity Secretary in the previous administration had to challenge his disqualification in Court which gave judgment in his favour. These sorts of things should be avoided. The process of screening of aspirants should be transparent in line with the provisions of the Constitution and no aspirant should be victimised and/or unjustly disqualified.

“All candidates must also be treated equally by the ECNBA. It should be a fair contest. No candidate should be given undue advantage whether knowingly and unknowingly. The candidates must be allowed to investigate and interrogate every step of the election process without interfering with the work of the Committee.

“It is important that the guidelines to be issued by the ECNBA as required by paragraph 2.4(c) of the Second Schedule should be in line with the provisions of the NBA Constitution 2015 (as amended in 2019). The need for the principle of universal suffrage as enshrined in the Constitution to be upheld and given effect cannot be over-emphasized. Universal Suffrage to my mind in this context is the right of all eligible members of NBA to freely vote for candidates of their choice without let or hindrance. Paragraph 2.2(f) of the Second Schedule to the Constitution is also instructive here. Thus, all foreseeable obstacles and/or impediments capable of disenfranchising any member should be contemplated, addressed and eliminated in advance in order to ensure a smooth and acceptable process. There should be a mechanism to allow real-time monitoring of votes during the voting exercise.”

He adds: “Another important area which will be covered in the guidelines is the voter registration process. Voter registration is a pre-condition for voting in the election as stipulated in paragraph 2.2(f) of the Second Schedule to the NBA Constitution. Thus, the registration process should be seamless and transparent. We should be able to have an accurate and verifiable number of registered voters at different levels at the end of the process. Also germane here is that the verification of votes intended in paragraph 2.8 of the Second Schedule should indeed reflect a verifiable process capable of ascertaining the authenticity of any collated votes.”

Though there have been concerns on whether the ECNBA will maintain sufficient independence from the NBA leadership, Gadzama however said its chairman is well regarded by the legal community in Abuja where he practices.

His words: “I want to commend the ECNBA for the good work the Committee is already doing. I have seen the preliminary notice of election dated 15/04/20 already issued by the ECNBA. I am confident that the Committee under the able leadership of Tawo Tawo, SAN will do a good job that we will all be proud of as an association. Tawo is already known to many of us here in Abuja as a man of integrity but this is an opportunity for those who do not know him to review our assessment of him as well as judge his personality. I hope, pray and wish that he sustains the accolade we have given him.”

Mr. Abubakar Mahmoud SAN was declared winner of the presidential election in the NBA National Officers Elections conducted via electronic voting. He polled 3,055 votes while Gadzama garnered 2,384 votes. But Gadzama rejected the results, stating that the election was fraught with irregularities.

A statement by Mr. Garba Gajam and Mr. Steve Abar, Director General and Secretary respectively of the Gadzama Campaign Organisation, said: “Having reviewed the situation and circumstances before and during the elections, to wit: the non-credibility of the elections; the lack of transparency; the non-automatic collation of the results on the display screen; the open partisanship of Mr. Austin Alegeh, SAN (who worked with the ECNBA) for the declared winner; and the delay for over one hour and 20 minutes before releasing the results after the close of polls at 12 midnight on Sunday, July 31, 2016, all these in total disregard for the concerns we had hitherto raised in our previous correspondence with the ECNBA, we hereby, reject the results of the elections and call for the immediate cancellation of same for failing to be credible, transparent, free and fair, and for failing to comply with the provisions of the NBA constitution and the Electoral Guidelines. We also call for the conduct of fresh electronic, not Internet, elections that will be credible, free and fair and in compliance with the provisions of the NBA constitution and the Electoral Guidelines.”

Gadzama was admitted to the Nigerian Bar in 1986 and the Bar of England and Wales (Lincoln’s Inn) in 2008. He took Silk in 1998 – being the first among his 1986 set – and was the Chairman of the National Working Group on Domestication of the Rome Statute in Nigeria. A leading arbitrator and member of several domestic, regional and international arbitral centres, Gadzama has participated as presiding arbitrator, party nominated arbitrator, sole arbitrator and lead counsel in several landmark commercial arbitration matters.

He was Chairman of NBA Abuja Branch and pioneer Chairman of the NBA Section on Public Interest and Development Law (NBA-SPIDEL). A chartered arbitrator, Gadzama is a fellow of several institutes, including the Chartered Institute of Arbitrators (UK), Nigerian Institute of Advanced Legal Studies (NIALS), Institute of Chartered Mediators and Conciliators (ICMC).