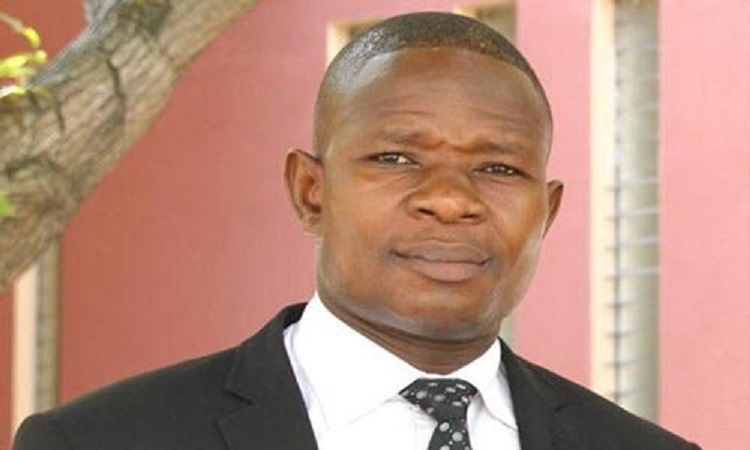 The controversy over plans by Attorneys-General of Nigeria’s South West Zone to seek a constitutional interpretation of virtual court hearings has refused to abate.

CITY LAWYER had in an exclusive report noted that there was a move by the six South West attorneys-general to approach the Supreme Court for an interpretation of section 36(3) and (4) of the 1999 Constitution as it relates to virtual court hearings. The Attorneys-General have also come under fire from several jurists including a federal judge for the move.

In this article, Nigerian Law School teacher, Mr. Sylvester Udemezue advises the State chief law officers on how to rework their strategy to have a fighting chance of success with the initiative.

THE BACKGROUND
I recently read of plans by Attorneys-General (AG`s) of Nigeria’s South West Zone to approach the Supreme Court for a judicial interpretation of section 36(3) and (4) of the Constitution of the Federal Republic of Nigeria, 1999, as it relates to virtual court hearing. The report which came under the headline, “Virtual Hearing: South West AG`s Storm Supreme Court Tomorrow” and published by the City Lawyer stated, in part, as follows:

‘Attorneys-General of Nigeria’s South West Zone have resolved to seek a constitutional interpretation of virtual court hearings as set out in the National Judicial Council (NJC) Guidelines and Sundry Practice Directions issued by heads of courts, CITY LAWYER can exclusively report. Speaking today at an Attorneys-General Colloquium on “Remote hearing and e-filing in Nigeria: A broader perspective and practical, foolproof implementation,” Ekiti State Attorney-General & Commissioner for Justice, Mr. Olawale Fapohunda said the Attorneys-General of Lagos, Ondo and Oyo States would head to the Supreme Court tomorrow to test the constitutionality of remote hearings. His words: “Since the National Judicial Council issued its Guidelines for court sittings in this COVID-19 period, we have had a national conversation particularly among justice sector stakeholders on the constitutionality or otherwise of remote court hearings.” Continuing, the leading justice reform advocate said: “Let me however quickly use this opportunity to inform participants that following a resolution of the South West Attorneys-General, the Attorneys-General of Lagos, Ondo and Oyo States have decided to approach the Supreme Court to seek a constitutional interpretation of Section 36(3) & (4) of the 1999 Constitution, particularly as it relates to remote court hearings. We will be filing the necessary papers in the Supreme Court tomorrow. Fapohunda, who was the Host of the webinar organized by Ekiti State Ministry of Justice and LawPavilion, added that “We are convinced that a definite pronouncement by the Supreme Court is necessary in order to put the matter at rest once and for all.’

Lawyers have been speaking on the development, with some giving kudos while some others give their knocks. (see https://citylawyermag.com/2020/06/05/virtual-courts-judge-sans-knock-s-w-attorneys-general-over-supreme-court-suit/). On his part, one respected senior lawyer has suggested that if the National Assembly could have powers to amend the Constitution over the virtual hearing (see “Senate introduces bill to Legalize virtual court proceedings” published on https://www.von.gov.ng/), the planned suit by the Southwest AG`s might not be out of place, as, according to him, it would assist to quickly resolve the matter, to determine whether or not there is any need for constitution amendment in that regard.

MY COMMENT
In my humble opinion, the power of the legislature (in this case, the Nigerian National Assembly) to make laws or to amend any law or the Constitution is clearly different, and as such is distinguishable, from the legal standing (locus standi) of the Attorneys-General to institute an action at the Supreme Court for this purpose. The National Assembly is empowered by section 4(2) of the Constitution to make laws for the order and good governance of Nigeria or any part of it. This power may be exercised any time without the need to wait for any live dispute, real controversy or incident to arise.

On the other hand, it is trite that a Court of Law does not sit over a hypothetical matter, as this amounts to a mere academic exercise. As already settled by the same Supreme Court, for a court’s jurisdiction to hear and determine a case brought before it, can get validly activated, the claimant or applicant must establish that there is a cause of action, and that he (the claimant) has the legal standing to institute the action, although in certain public interest and human right cases, existence of locus standi could be dispensed with.

What cannot be dispensed with, however, is prior existence of a cause of action, and this is because a suit is filed in court for purposes or remedying an wrong allegedly done to the claimant. The existence of a valid action presupposes that (1) a legal right exists which (2) had been violated (3) leading to some injury on a person or thing (4) which is legally remediable. In a long line of cases, including OSHOBA v. AMUDA, (2). MOBIL v. LASEOA, (3) CHEVRON v. LONESTAR, (4). BELLO v. AG, OYO), the Supreme Court has recognized the indispensability of existence of a cause of action (a real controversy) to the activation of the court’s jurisdiction.

In the instance case, based on the aforesaid, if the dream of these AG`s finally becomes a reality, the question that would be thrown up is as regards existence or otherwise of any live dispute or real controversy upon which the Hon AG’s could be said to have filed such a suit before the Supreme Court? I think the AG`s might have an enormous task convincing the Supreme Court that a cause of action actually exists. But there may be an alternative course, where the Supreme Court option fails; the AG’s could persuade or encourage one of the parties to the recently-conducted virtual court hearings in the High Court of Lagos State, to proceed on appeal to challenge the validity of one of the virtual proceedings. Because of the crucial nature of the subject matter, the head of the Court of Appeal would ensure that the case is afforded an accelerated hearing so that whoever loses is further encouraged to move over to the Supreme Court for a final determination. As good as it looks, this approach comes with its own challenges because, under such circumstances, question pertaining to breach of that aspect of Legal Professional Ethics relating to “Instigation of Controversy” might arise. Rule 47 (1) of the RPC expressly admonishes the Legal Practitioner to refrain from fermenting strife or instigating controversy. The Hon AG’s advising a person/party, save their close relations, to institute a law suit or to file an appeal in court, might be viewed as a violation of this Rule.

MY ADVICE
Why not we get the National Assembly to speedily amend the Constitution and thus clear all doubts. During the virtual hearing webinar organized by Law & Society Forum (LaSF) on 29 May, 2020, at which I was a Speaker, I had drawn our attention to the admonition of the Supreme Court in the case of Doherty v Doherty (1968), that use of Writ of Summons should be resorted where there is “uncertainty as to what mode of commencement of action should be used.” Why can’t we, by way of analogy, apply that counsel here. Nigerian lawyers and jurists are evenly divided as to the constitutionality or otherwise of conducting virtual court proceedings in Nigeria without a prior constitution amendment or legal reform, which means that we’ve have arrived a point of uncertainty in regard to the matter. I accordingly respectfully advise us to please err on the side of caution by adopting the approach that would save us much stress, in the long run, especially in view of the ripple effects of the recent decision of the Supreme Court in UDEOGU V FRN (Orji KALU Case) (see https://www.tvcnews.tv/scourt-nullifies-orji-kalus-conviction-orders-fresh-trial/) wherein section 396(7) Administration of Criminal Justice Act (ACJA), 2015 was struck down on grounds of its inconsistency with provisions of the Constitution.

Although the procedure for Constitution amendment in Nigeria is not a “moi-moi” matter (not easy; is cumbersome), if these AG’s cooperate with the National Assembly on the matter, it would take less than the next two months to get the Constitution amended to expressly authorize or legalize virtual hearing and thus leave no one in doubt while saving us all future embarrassing controversy. The time and resources the AG’s propose to expend at the Supreme Court over a mere academic exercise that is likely going to be thrown out on grounds of absence of a cause of action or locus standi or both, should be channeled towards rendering necessary cooperation to the National Assembly to do the needful within the shortest possible time. American operatic soprano, Beverly Sills, (1929-2007) once said, “there are no shortcuts to anyplace worth going.”