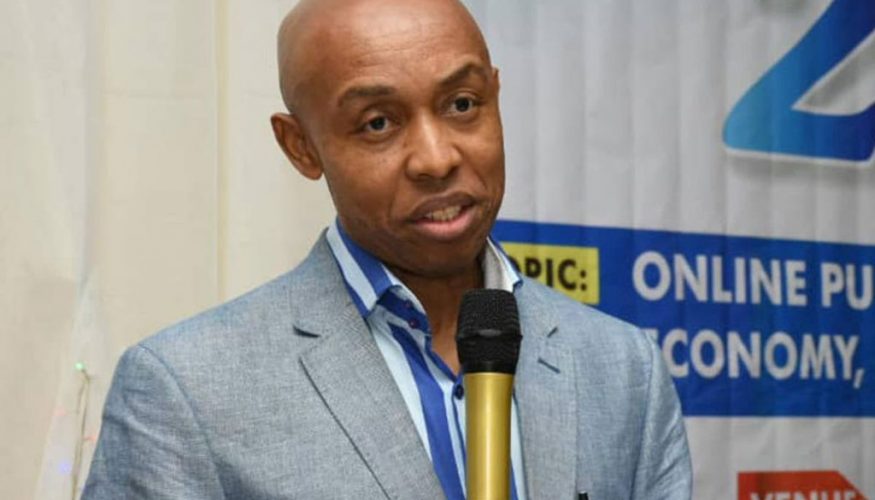 ‘HOW ECNBA CAN AVOID RIGGING OF 2020 ELECTIONS,’ BY ODINKALU

Human rights advocate and former Chairman of National Human Rights Commission (NHRC), Prof. Chidi Odinkalu has predicted that the Nigerian Bar Association (NBA) National Officers Elections scheduled to open on July 29 will be rigged. In an article titled “The 2020 Elections of the Nigerian Bar Association Will Be Rigged: Here is How,” Odinkalu outlines perceived gaps in the ongoing electoral process, expressing fears that the NBA leadership may lack the political will to conduct free, fair and credible elections.

THE 2020 ELECTIONS OF THE NIGERIAN BAR ASSOCIATION WILL BE RIGGED: HERE IS HOW

In his infamous letter issued last month to the 1998 transitional President of the Nigerian Bar Association (NA), Chief T.J.O. Okpoko, a Senior Advocate of Nigeria (SAN), senior Nigerian lawyer, Chief Adegboyega Awomolo, himself also a SAN, appealed that “it will be a great failure of leadership for the senior advocate to surrender leadership to outer Bar when there are willing and able senior advocates.” In an election in which two of the three aspirants for the top prize of president of the Nigerian Bar Association (NBA) are SANs, this was as close as anyone could come to openly advocating rigging the election à la carte, without calling the crime by its name. Barring last minute course correction by the Electoral Committee of the NBA (ECNBA), Chief Awomolo is likely to get his wish: these 2020 NBA elections, like the two before it in 2016 and 2018, have been set up to be rigged to order.

While Chief Awomolo may have provided the motive or rationale for rigging the NBA election, the mechanics of procuring the rigging are in the hands of the ECNBA. By way of context, it is useful to explain that the NBA elections are digital. In their 2018 book, How to Rig an Election, Nic Cheeseman and Brian Klaas point out that “once upon a time, to do the dirty of changing votes, you had to be present in the actual polling location. That is no longer true.” In an earlier piece of work on “Making Democracy Harder to Hack” published in the Michigan Journal of Law Reform in 2017, Scott Shackleford and his collaborators examined essential vulnerabilities that make rigging possible in digital democracy, focusing in particular on three aspects: who can vote (voter rolls); who you vote for (voting platforms) and vote computation. (how many votes each candidate receives). As will be shown shortly, all three vulnerabilities are deliberately built into the NBA’s electoral processes.

Essentially, there are four vulnerabilities that have been designed to guarantee rigging of the vote in the 2020 NBA election. These are voter rolls (register), portal integrity (or lack of it), voter verification opacity and prohibitive transaction cost, and lack of independence in the ECNBA. I will explain each of these briefly.

Voter Register: Voters in NBA ballot have to meet three conditions. First, they must be enrolled as lawyers in Nigeria. This is easily confirmed from the Roll of lawyers kept with the Supreme Court. Every lawyer on the Roll has an enrolment number, with which their enrolment can be verified. Second, the person must have paid their annual practicing fees by 31 March. The collecting bank for this is Access Bank. It should be easy to verify those who paid from the records or tellers of the bank. In reality, the only people who have access to this record are the President of the NBA and those whom he wishes to. Third, the voter must also have paid his or her branch dues by 31 March. The NBA comprises 125 branches. Each branch manages its own processes for collecting dues. These are not standardized. The list of eligible payees is at the say so of the different branch chairmen.

Without access to the records of the bank or of the branches, the register of voters lacks integrity and it shows. When the ECNBA issued the provisional register at the end of May 2020, it contained 21,067 names. By the time it issued what it called a final list one month later in June, it had ballooned by 186.65% to 39,321. A close reading of the list shows it contains multiple repetitions, omissions and even figments. People who did not pay the practicing fees are there while many who paid are not. Many branch chairmen have no records of people whom they have put forward as having paid branch dues. There are credibly attested reports of chairmen printing receipts of payment and backdating fictional payments. One particular voter on the list goes by the incredible name of “Opening Balance”. The joke is that this voter has a twin, who is also a lawyer called “Closing”. Their Dad, Mr. Balance, must be proud!

Portal Integrity: In 2018, the voting portal for the NBA election was from a compromised provider. In 2020 it is not clear who the provider is. The portal appears to be managed by the NBA itself. It is not clear who has built it. There is neither transparency to its provenance nor verifiability or falsifiability to its operations and computations. As such, its integrity can neither be investigated nor guaranteed. It should be easy to engage external monitors for this purpose or engage the leading campaigns to designate back-end agents to monitor and verify the integrity of the operations. Neither the leadership of the NBA nor the ECNBA constituted by it is willing to grant either.

Verification Opacity and Prohibitive Transaction Cost: By meeting the three conditions for getting on the voter register, a potential voter does not earn the right to vote as such. S/he only qualifies for the privilege of verification. To do this, the voter is required to go to the portal and key in their details, including uploading their qualifying certificate and providing an e-mail address to which a password can be sent to them. The uploading can take up to three to four days. Many voters find this frustrating and opt out. Passwords are generated by the portal and changed by it at will without the agency of the voter. The voting register does not contain the e-mail address of the voter, so it is impossible to verify in any forensic process whether an e-mail corresponds to any particular voter. On their part, the ECNBA and the NBA can put forward data-protection concerns for circumspection with publishing of the e-mail addresses. In response, surely, that cannot be cited to justify creating deliberate balloting vulnerability. This opacity guarantees inflation of actual voting. In 2018, this was precisely the vulnerability that allowed for clusters of voting to happen using fake Firemail addresses generated from one source. That is almost guaranteed to occur in 2020. The prohibitive transaction cost is engineered for targeted disenfranchisement of voting clusters or conurbations seen as favourably disposed to unfavoured candidates.

Lack of Independence in ECNBA: Appointed to supervise the NBA election, the ECNBA lacks independent appropriations and operations. It has to function through the NBA Secretariat under the direction of the NBA President. Despite the existence of an ECNBA, aspirants and candidates continue(d) to receive letters from the NBA Secretariat and the NBA continues to be involved in directing essential aspects of the election value chain. The absence of institutional and process independence could itself become a dent on the personal integrity of members of the ECNBA.

It happened in 2016 and 2018. The litigation commenced in 2016 against the outcome of the rigged election to the position of the NBA presidency was only concluded at the end of the tenure of the beneficiary in 2018. After the 2018 election, the Economic and Financial Crimes Commission (EFCC) and the State Security Service (SSS) instituted investigations into the rigging of the ballot for the NBA presidency. Several staff of the NBA Secretariat were arrested. In one case, a young mother who works as staff of the NBA was arrested and detained for nearly two weeks.

The ECNBA has an opportunity even now 2020 to avoid these. It can easily infuse greater transparency into its operations. It can invite independent monitors to certify the integrity of its operations. All the accredited campaigns should be entitled to records that should enable them to certify the integrity of the process. These are not expensive steps. The only reason none will happen is because the NBA elections will be rigged. I will be happy to be proved wrong and to eat humble pie.

This, then, is the architecture of rigging that almost assuredly guarantees that Chief Awomolo and his gang of insecure, entitled antediluvians will get his wish. As I have said elsewhere, any system in which a minority feels entitled to rule over the majority has only one name: Apartheid. It should be resisted.

Odinkalu is Co-Convenor of the Open Bar Initiative and writes in his personal capacity.