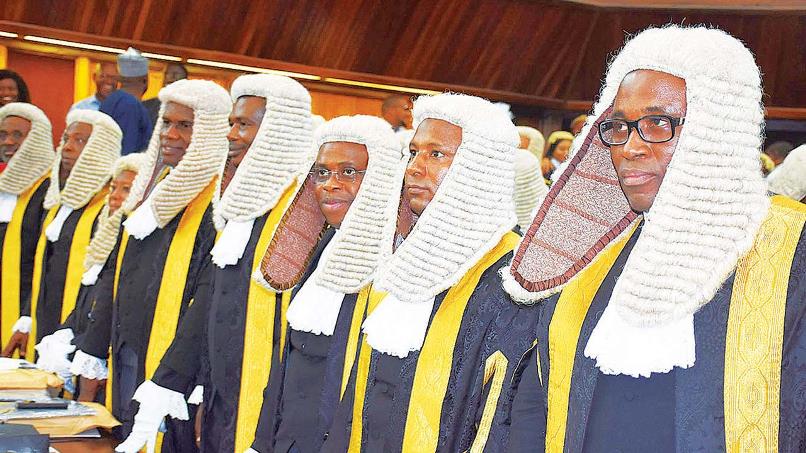 In this article, leading human rights activist, EBUN-OLU ADEGBORUWA, SAN argues that while the process leading to award of SAN title is increasingly meritorious, the rank is no longer the ultimate barometer for measuring legal excellence

On July 4, 2019, the Legal Practitioners Privileges Committee, LPPC, rolled out the names of thirty-eight legal practitioners deserving to be conferred with the prestigious Rank of Senior Advocate of Nigeria, SAN. How some despise the Rank! Some don’t want it ever mentioned near them at all, for several reasons. I used to be in that class, given my background, as an activist. Not long after setting up my law practice, a friend approached me for what he termed a ‘private chat’. According to him, he had followed me keenly right from my days in Gani Fawehinmi Chambers and he was convinced of my sterling qualities, experience and standing, all of which should qualify me to be admitted into the Inner Bar, as he called it. I laughed so loudly, to the point of his embarrassment. I had just moved my law office to the NIPOST building then, following the fire disaster that I and many others suffered at LAPAL House. I took him round the expansive office, showed him my library to see the books, the litigation office and other facilities. I then asked him to tell me what he thinks that SANs have that I don’t have. All his pleas to me didn’t impress me at all, as I dismissed the process as riddled with mystery and corruption. Perhaps I was right or wrong then, I can’t say exactly, the point being that I didn’t think of such ‘distraction’ for what I considered to be a successful practice. This is the view of many lawyers and indeed many Nigerians, which is why the focus of this piece is in ‘defence’ of the Rank.

Like so many other colleagues, I never read through the aspect of the Legal Practitioner’s Act dealing with the conferment of the Rank of SAN and I didn’t bother to go through the guidelines established by the LPPC, for the Rank. And that indeed should be the starting point here, the issue to resolve being the meaning and definition of a Senior Advocate of Nigeria. The life and power of an SAN all start and end with section 5 of the Legal Practitioner’s Act of 1974, wherein it is provided as follows:

“5. (1) Subject to subsection (2) of this section, the Legal Practitioner’s Privileges Committee established under subsection (3) of this section may by instrument confer on a legal practitioner the Rank of Senior Advocate of Nigeria.
(2) A person shall not be conferred with the Rank of Senior Advocate of Nigeria unless he has been qualified to practice as a legal practitioner in Nigeria for not less than ten years and has achieved distinction in the legal profession in such manner as the Committee may, from time to time, determine.”

It is stated further that the LPPC shall consist of the Chief Justice of Nigeria as Chairman, the Attorney-General of the Federation, one Justice of the Supreme Court, the President of the Court of Appeal, five of the Chief Judges of the States, the Chief Judge of the Federal High Court and five legal practitioners who are Senior Advocates of Nigeria. The LPPC is further empowered to make rules as to the privileges to be accorded to Senior Advocates of Nigeria. Two things should immediately come to mind from the foregoing provisions; first is that the Rank of SAN is conferred as a privilege and second, it is normally the privilege of the LPPC, following its own guidelines. On April 3 1974, the first set of SANs were duly conferred, being Chief F.R.A. Williams, SAN and Dr. N.B. Graham-Douglas, SAN. The conferment has proceeded yearly, since then. The point of this background information is to buttress the fact that the Rank of SAN is established by law. The LPPC has over the years, developed its own structure, by amending its guidelines for the conferment of the Rank, based upon the robust engagements of its own members, stakeholders within the legal profession and indeed members of the public.

As at the time that I applied for the Rank, the guidelines set for the award of the Rank by the LPPC expressed the threesome purpose of the award as a privilege awarded as a mark of excellence to members of the legal profession who are in full time legal practice, who have distinguished themselves as advocates and who have made significant contribution to the development of the legal profession in Nigeria. The process of the award is largely independent, self-financing and strictly confidential. The LPPC is required to fix the number of persons to be conferred with the Rank in order to maintain the highest standard of excellence and prestige of the Rank, to adopt transparency and a feedback mechanism for the assessment of candidates. The award has since been extended to legal practitioners in the academic community. Whereas there may have been some challenges with this process in times past, a lot of efforts have been put in place presently, to ensure that those who qualify for the award of the Rank meet certain minimum conditions, such that in the past five years or more, you could hardly point to anyone awarded the Rank that has not distinguished himself or herself in the legal profession. One of the things that excited me in the course of my own journey is the fact that the LPPC has now adopted a gender-friendly process to encourage female applicants, such that virtually every year, female legal practitioners have been screened successfully.

The good news in this process for every advocate is the place of merit in the basic criteria for eligibility for the award of the Rank, which is meant to encourage core advocates. Under and by virtue of Paragraph 14 of the LPPC guidelines, an applicant must submit the following cases wherein his name is reflected as having duly conducted the said cases in court as lead counsel:

Some additional requirements of these new guidelines is that the candidate must show that he or she was personally involved in the conduct of these cases by signing the originating processes, the written addresses, the notices of appeal, the briefs of argument, the charge/information sheet, no case submission, etc. In the trial proceedings, the applicant must furnish the certified true copies of the record of proceedings to show his or her personal conduct of the trial, furnish a letter of instruction from the client, the recommendation and confirmation of the Judge that handled the case and the recommendation and confirmation of the opposing counsel in the case! The point of my defence of the Rank here is that if the LPPC is able to keep to these guidelines (which it has so far done), then you would hardly see a name on the list of SANs every year that will not merit the Rank. No matter his background or experience, for a lawyer to produce 20 final judgments of the High Court is not a tea party, that is if you know what I know as a practicing lawyer, in Lagos State for instance. Anyone who has successfully conducted twelve trial proceedings up to judgment is not just qualified to be a Senior Advocate of Nigeria but can also be a Judge. Believe me, it is no child’s play to secure five final judgments of the Court of Appeal or four final judgments of the Supreme Court. What the LPPC has done is to stick to these minimum standards, irrespective of your status. This is in addition to a well-equipped library, functional infrastructure in the law office, payment of tax, involvement in and recommendation by the Nigerian Bar Association, Judges, Justices, Body of Senior Advocates, Body of Benchers, the LPDC, etc. This same rigorous process is also entrenched for candidates in the academic category, who go through a very detailed regime of qualification and filtration.

The involvement of the general public in this process has guaranteed some form of transparency, whereby the names of shortlisted candidates are published to the whole world for comments and assessment. Selected members of the LPPC undertake physical inspection of the chambers of all the shortlisted candidates. The final process is the oral interview by the LPPC, comprising panels of eminent Judges and Senior Advocates of Nigeria. For me personally, any legal practitioner who has gone through these rigid procedures to be shortlisted for the oral interview of the LPPC is eminently qualified to be awarded the Rank of SAN, as a mark of distinction and excellence in the legal profession. Emphasis is placed on integrity, opinions of Justices/Judges, general knowledge of law, contribution to the development of law, leadership qualities in the profession and qualities of law office/library, for the award of the Rank. The undisputed fact that an applicant MUST meet the basic guidelines to be shortlisted at all, is a huge credit to the LPPC, headed by the Chief Justice of the Federation. My point is that you cannot buy trial proceedings or forge certified true copies of record of trial proceedings, buy the final judgment and also buy the recommendation of the Judge that delivered the judgment. These are empirical matters that have to be confirmed by the opposing counsel in the case.

I think the general challenge is what advocates do with the Rank after the award. Like never before, a huge responsibility is imposed on SANs, to show distinction, excellence, leadership and to be role models, not just for the legal profession, but also as officers of the Federal Republic of Nigeria, being a Rank approved by law duly published in the official gazette. I do not think the Rank confers any special advantage on any advocate who has no viable practice. On the other hand, one incurs a huge liability to be conferred with the Rank without a viable means of its propagation. The world has changed tremendously from the days of yore; legal practice has gone digital and except we deceive ourselves, the mark of excellence in legal practice is not a matter of title or Rank, but by dint of hard work, loyalty, fear of God and personal commitment to a better society, whether as Senior Advocate of Nigeria or as counsel.