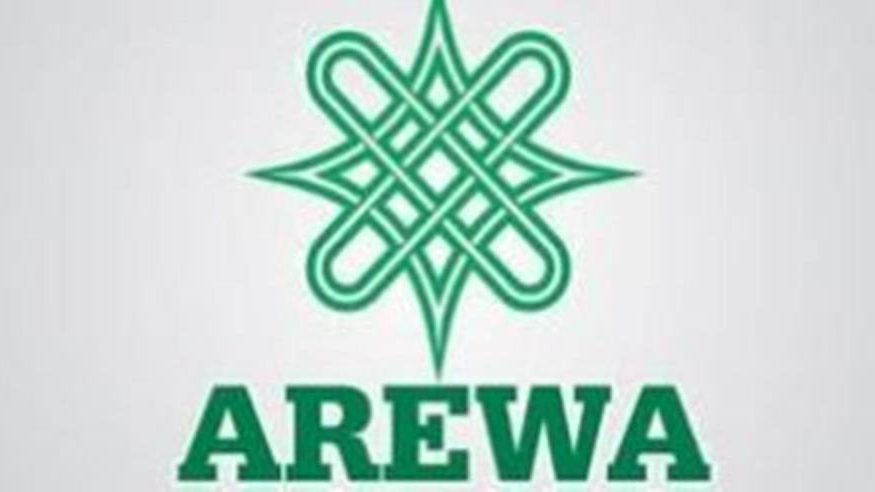 The controversy trailing the adoption of Mr. Dele Adesina SAN as the preferred candidate of the influential Arewa Lawyers Forum (ALF) deepened at the weekend, with the Nigerian Bar Association, Shendam Branch Chairman, Mr. Gabriel Tsenyen washing his hands off the exercise.

Stating that he only got wind of the adoption via a Facebook post, Tsenyen vowed that he received no notice of any plan to adopt Adesina, neither did he attend any meeting at which the adoption was discussed and resolved.

In a notice titled “DISCLAIMER” and dated 26th July, 2020 which he made available to CITY LAWYER, the branch helmsman said: “I wish to note that as the Chairman of NBA Shendam Branch, I have not received any notice of meeting of Arewa Lawyers Forum neither am I aware of any meeting held where such was ever discussed.”

Tsenyen called on the ALF Caretaker Committee to “confirm the veracity, authenticity or falsity of such publication so that our forum will not be maligned unwarrantedly to the detriment of our young and teaming (sic) members.”

Tsenyen assured branch members “that I have not nor did any of our executive up to the time of writing this disclaimer receive any notice of meeting neither have I attended any such meeting where the purported adoption was made,” stating categorically that “This (adoption) is false and should be totally disregarded.”

CITY LAWYER had reported a letter addressed to the Secretary of Egbe Amofin Oodua and signed by Mr. Mohammed Monguno as “Member/Secretary” of Arewa Lawyers Forum where he stated: “Accordingly, on behalf of the leadership and members of Arewa Lawyers Forum and after a meeting of our Executive Committee, I have the honour to hereby convey our adoption, endorsement, satisfaction and the unanimous acceptance of the candidature of MR. DELE ADESINA SAN, FCIArb for the Office of the President of the Nigerian Bar Association in the forthcoming July 2020 Election.”

However, a group of lawyers led by NBA Lafia Branch Chairman, Mr. Mustapha Sadiq issued a disclaimer stating that “the person who signed the purported letter of endorsement did so on his own accord and spoke only for himself.” Messrs Lukman Usman Nuhu and Wada Ahmed Wada, Chairman of NBA Damaturu Branch and Ag. Chairman of NBA Ungogo Branch had also issued a separate notice distancing themselves from the adoption exercise. 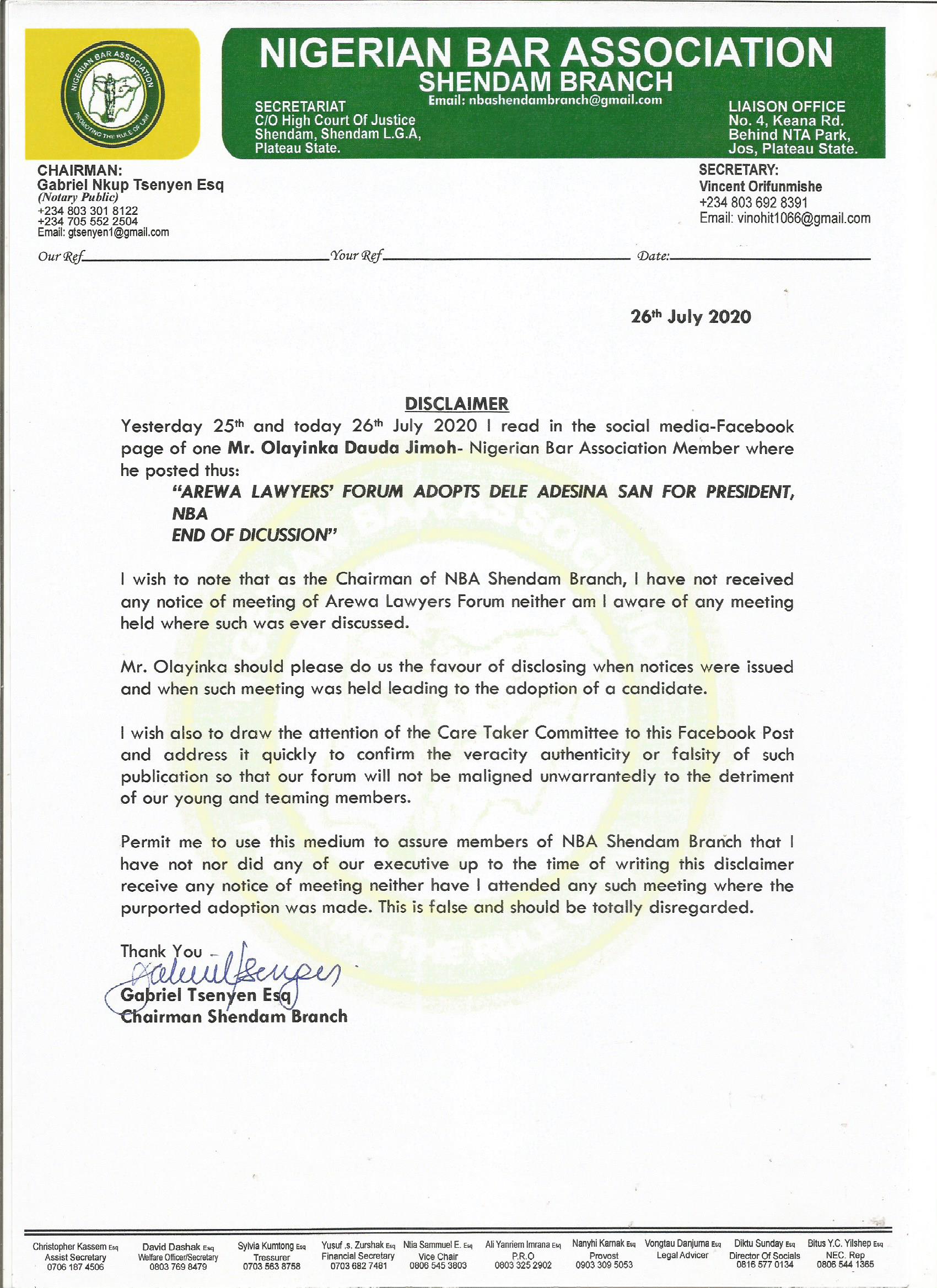