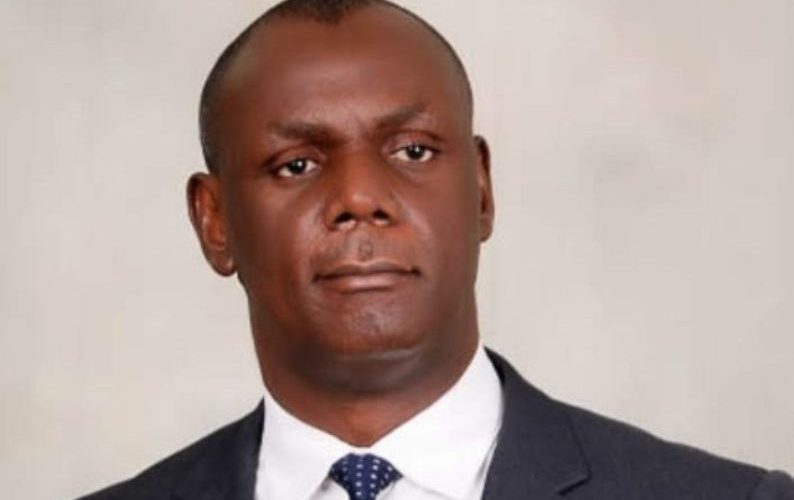 The political fortunes of consummate Bar-man and former Nigerian Bar Association (NBA) Assistant General Secretary, Mr. Okey Ohagba has received a major boost with his endorsement by the eight branches in Rivers State.

Rising from a stakeholders meeting last Wednesday, the Bar Leaders unanimously declared support for the candidacy of Ohagba for the office of NBA General Secretary in the forthcoming NBA General Elections.

A statement by the Chairman of NBA Ahoada Branch, Mr. Agent Benjamin Ihua-Maduenyi on behalf of chairmen of NBA Branches in Rivers State, read: “The meeting called on all members from the eight (8) NBA branches in Rivers State to leverage on the extended verification deadline, get verified and vote en masse for Okey Leo Ohagba as the next General Secretary of NBA in the coming elections.”

“With a burning passion for litigation, Okey turned down a juicy corporate employment offer from a reputable Nigerian bank and started his legal practice career in the firm of N. H. AJIE & CO. of Portharcourt in 2008 and in 2012 he established O. L. OHAGBA and Company, a commercial litigation and ADR consultancy firm, wherein he remains the principal partner till date.

“In his quest for a broadened knowledge of the law and expertise, Okey had prior to his legal practice career, obtained a certificate of proficiency in Alternative Dispute Resolution (ADR) after an intensive professional course at the Settlement House Abuja. Thereafter he was awarded the title of Professional Negotiator and Mediator (pnm). He is also a certified member of the Institute of Chartered Mediators and Conciliators (ICMC) as a Chartered Mediator and Conciliator (ChMC).

“Okey Ohagba, a pioneer alumnus of Madonna University, is a quintessential Bar man, a creative thinker, always eager to achieve excellence in every assignment.

“As National Secretary of NBA Young Lawyers’ Forum, Ohagba displayed exceptional competence, capacity and professionalism in the discharge of his duties while he steered the YLF Secretariat. He developed a comprehensive database of young lawyers at the time. He reinvigorated the YLF section of the NBA website and kept it up to speed throughout his tenure. He was the Chairman of the Summit Planning Committee that organized the ‘Portharcourt 2013′ NBA-YLF National Summit; which event was widely adjudged the best Summit in the YLF history due to his organisational prowess and elegance in service delivery. Same skills he exhibited when he organized perfect YLF Sessions at both Calabar and Owerri NBA AGCs 2013 and 2014 respectively. With the joint efforts of other Council Members, he midwifed the establishment of Young Lawyers’ Forums across over 70% of NBA branches nationwide.

“His culture of service excellence and intuitive passion for innovation became more prominent when he served as NBA Representative on the Board of Corporate Affairs Commission (CAC); during which period, with the support of the board, he practically championed the drive for the implementation of the present day CAC-ONLINE (A full automation of CAC incorporation processes). His passion for innovation, aided the digitization of the Commission’s system. He reawakened the Commission’s interest in the age partnership with NBA at Annual General Conferences starting with the Calabar, Owerri and Abuja Conferences, 2013, 2014 and 2015 respectively.

“As Chairman of sports subcommittee for the NBA AGC Owerri 2014, Okey, in his usual innovative thinking, saw the need to introduce some pecuniary rewards to winners of the tournament in order to subsidise branch expenses and increase participatory interest in the tournaments. His proposal was approved by the then NBA President, and for the first time in NBA history, winners of the football tournament received N500, 000 (Five Hundred Thousand Naira) cash prize from the NBA. 2nd and 3rd place winners also got cash prizes accordingly.

“As NBA First Assistant Secretary, 2016 to 2018, Okey Ohagba once again demonstrated capacity and service excellence when, upon the direction of the General Secretary, he delivered ‘error proof’ minutes at nearly all NBA National Executive Committee Meetings and facilitated for the first time, electronic mailing of Minutes and NEC Bundles prior to NEC Meetings, thereby affording NEC Members ample opportunity to read, digest the minutes and participate more robustly at NEC Meetings.”