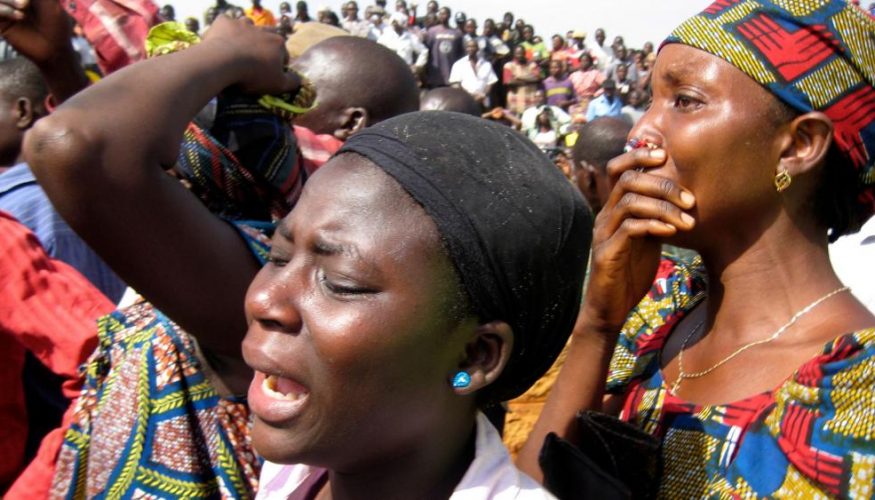 In the course of last week, both Chambers of the National Assembly took up the issue of failing security across the land. Whilst the Senate asked that the service chiefs be sacked, the House of Representatives interacted with the security agencies. It is now clear to all and sundry, at least from the comments and contributions of lawmakers across party lines, that Nigeria is approaching a failed state. The pogrom going on in Southern Kaduna presently is totally unacceptable. In a programme that I monitored on television recently, a presidential aide was challenged to take a drive around his constituency without security patrol if indeed he feels Nigeria is safe enough. The worsening security situation across the land should be a cause for concern to all of us. The President has a duty to act fast, as the Commander-in-Chief of the Armed Forces of Nigeria.

Nigeria became a State formally in 1960, with sovereign powers transferred from the British colonialists to the representatives of the people. By law however, section 2 (1) of the 1999 Constitution states that “Nigeria is one indivisible and indissoluble sovereign state to be known by the name of the Federal Republic of Nigeria”, and by section 2 (2) thereof, “Nigeria shall be a Federation consisting of states and a Federal Capital Territory”. So, in the real sense of the word, Nigeria is created as a sovereign state consisting of federating units. Fair enough, the same Constitution that created the Nigerian Federation also specified the kind of powers that it should exercise and the functions it should perform, for its citizens. In this regard, Chapter 2 of the self-same Constitution, comes to bear. I will limit myself for this discourse however, to section 14 of the Constitution.

Under and by virtue of section 14 (2) (a), “sovereignty belongs to the people of Nigeria from whom government through this Constitution, derives ALL its powers and authority” (emphasis supplied). In very simple terms therefore, the sovereignty attached to the entity known as the Federal Republic of Nigeria, resides in the people of Nigeria. In essence, all our leaders hold power in trust for the people of Nigeria and they cannot go on acting as if it is the other way round. To break it down more, there is no President who should claim to be in power, there is no Governor who should assert any authority and there should be no legislative house or even a court of law, that should rule over and above the people and be lording policies and decisions over them. Power belongs to the people, pure and simple. The fact that the people of Africa and especially Nigeria, have been living in the opposite of civility and modernisation, whereby those elected into office by the people turn around to arrogate power to themselves, cannot be an excuse to obfuscate this simple truth.

Now to section 14 (2) (b) of the Constitution, wherein it is stated expressly and without equivocation, that “the security and welfare of the people shall be the primary purpose of government.” A community interpretation of section 14 (2) (a) and (b) respectively will show clearly that the Nigerian State was created for the people of Nigeria, that the focus of the entity called Nigeria is the people and that the target of power and existence of that Federation, is the people. It is good therefore, to sound it loud and clear, that the very existence of government, the totality of the exercise of power, by all and sundry, is for the security and welfare of the people and anything outside this, anything done that cannot achieve this, means a failure of governance. Pure and simple.

According to the learned authors of Merriam-Webster Dictionary, SECURITY means: “(a) freedom from danger (safety); (b) freedom from fear or anxiety; … something that secures, protection or measures taken to guard against espionage or sabotage, crime, attack, or escape.” The priority of security in governance is better illustrated by section 4 of the Police Act, wherein it is stated that the police shall be “… employed for the prevention and detection of crime, the apprehension of offenders, the preservation of law and order, the protection of life and property and the due enforcement of all laws and regulations with which they are directly charged, and shall perform such military duties within or outside Nigeria as may be required of them by, or under the authority of this or any other Act.” What stands out in this section is the phrase “protection of lives and property”. Now, let us match this with certain data recently released by the Inspector-General of Police himself.

At the quarterly Northern Traditional Rulers’ Council meeting held in Kaduna in, 2019, the then Inspector-General of Police stated that in the first quarter of 2019 alone, 1,071 persons lost their lives in crime-related cases across the country. He stated further that between January and April 2019 alone, 685 persons were kidnapped. Amnesty International has a higher figure of deaths and casualties. In 2018, it was estimated that about 6, 562 persons died from crime-related cases whilst generally, an estimate of about 13,000 persons are said to have died from the insurgency going on in the land, whilst about 1.1m people have been displaced thereby. Just in one year! This is surely frightening, to the extent that no one can claim to sleep with the two eyes closed, any longer. It may well be that the government is taking all necessary steps to contain the rising spate of insecurity across Nigeria, but this remains to be seen by all and sundry, in terms of security and safety, in the real sense of the word. The summary now would seem to be that the government has not been able to rise up to the challenges posed by insecurity. The death rate is climbing everyday.

Now to welfare, since the two main points of governance are security and welfare. Merriam-Webster Dictionary defines WELFARE as “the state of doing well, especially in respect to good fortune, happiness, well-being, or prosperity.” Are we doing well as a people, presently? Are we enjoying some form of good fortune economically? Is the well-being of the people of this nation improving in any form at all? Are we happy, with the state of things in Nigeria? Is there prosperity in the land? Without any doubt whatsoever, suicide cases have increased, the economic power of the people has dwindled considerably and virtually everyone now depends on handouts from the government, as private businesses are all struggling to survive, in the absence of basic infrastructure, especially power supply. I have no doubt in my mind that the true testimony across the land is that the majority of the people are suffering indeed. I see it in the text messages that I receive every now and then, for financial assistance, I read it in the news daily, of how many States in the Federation are owing their workers salaries, for several months and how the ordinary people are just living from hand to mouth, barely eking out a living, just surviving and tagging along. Companies are closing down, on account of COVID 19 and there is palpable suffering across the land.

The present circumstance of Nigeria is that many people have become beggars of some sort. Even as businessmen and women, professionals and even as manufacturers, the bulk of the little profit margin is spent on infrastructure, whereby you are forced to generate your own electricity, provide your own water, build your own road, employ your own security, train your children in private schools or send them abroad, if they must excel, provide yourself health care if you must live, and may be buy your own car, if you must move around. It is that bad, that the government seemed to have shifted all its responsibilities to the citizens. And how exactly is anyone expected to survive in such hostile environment, where you spend most of your valuable time in traffic, you get home to sleep in intense heat and darkness and then you eventually manage to make it to the office the following day, only to be confronted with power outage, all day long, draining all human capacity, productivity and usefulness. Can we then say that we have a nation or that any form of governance is in place?

From all the above frightening scenarios, how do you then describe the entity created as Nigeria, if it is agreed that the two critical responsibilities of government are the security and welfare of the people? This piece became necessary as it would seem that those in authority do not well appreciate the enormity of the situation that we presently face in Nigeria or that state propaganda has so prospered and become the art of governance, that some of them are totally ensconced from the reality of present day Nigeria. Whereas I know that some well-meaning persons exist in authority presently, I verily believe that the time has now come, for some frank introspection that will translate into some genuine appreciation, of the debilitating welfare and security conditions of our people, if we are to say that there is governance at all. In the absence of that, the reasonable conclusion is that we are gradually moving to a failed state, as echoed by those legislators, who, very unfortunately, are themselves part and parcel of the failure of the state.

The President must act and act quickly, as time is running out on him. As an expert in security matters given his background as a military general, it is totally unacceptable that the President is unable to stem the rising tide of insecurity in the land, especially the terror of bandits, criminals and insurgents. How do we have leaders and we live like nomads, victims and aliens in our own country?