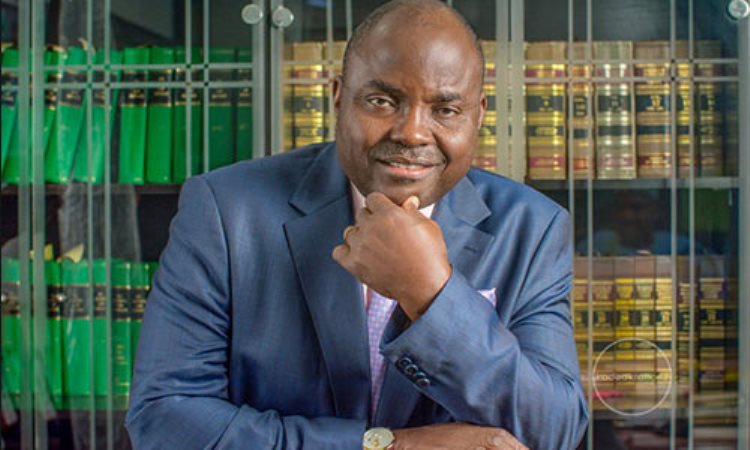 In a reaction made available exclusively to CITY LAWYER, the fiery senior lawyer and staunch supporter of the candidacy of Mr. Dele Adesina SAN said: “But let me tell you as I had said before that this election will be rigged and it has been rigged.”

He accused the NBA leadership of taking lawyers for granted and being secretive about the process, saying: “As lawyers we were led to the slaughter slab and we followed blindly.”

Reviewing the election, Okutepa said: “What other reaction do I have than to keep calm and see what the leadership that has been foisted on the Bar will do in the next two years.

“We are degenerating in integrity and honesty in the legal profession in geometric proportions. The Bar is divided now. The house we have is on shaking grounds. But let me tell you as I had said before that this election will be rigged and it has been rigged.

“The fragrant breach of NBA constitution is legendary in this election. The processes leading to this election were product of constitutional iniquities. The leadership of the Bar took everyone for granted and did what it did in the most secret manner. As lawyers we were led to the slaughter slab and we followed blindly.

“Misconduct was not punished. But we need to make examples of those who are dragging the nobility of this profession to the muds. Indiscipline is being celebrated and we think that is part of freedom. I weep for the legal profession.

“Many young lawyers are busy happy abusing the elders and they are happy doing it. But we all were once young lawyers. The nobility of the legal profession is in respect for the ethics and etiquette of the profession. But that is far gone now in our profession.”

Continuing, the Bar Leader said: “The days cometh when this once noble profession will bounce back in glory. That is when the rots in the profession will be addressed,” adding that those who “won” should be “kind enough to interrogate the processes that threw them on the Bar.” He warned that those who “lost” must not be “mocked,” saying: “For me there is nothing new. I had said before that we will see what we have now.”

Okutepa had told CITY LAWYER before the elections that “I do not see what we will do differently when the rigging that characterized the last election was not addressed.” Hinting that the election managers may tow a pre-determined line, Okutepa said: “Those who have the capacity to appoint the service providers will not heed any suggestions.” Asked the way forward, he said: “Until the Bar and its leadership decide to be honest and transparent with our electoral processes no suggestion will matter.”

It is recalled that Mr. Olumide Akpata was declared winner of the keenly contested presidential election. According to the Electoral Committee of the NBA (ECNBA), Akpata polled 9,891 or 54.3 per cent votes to beat his closest rival, Dr. Babatunde Ajibade SAN who garnered 4,328 (23.8 per cent) votes. Adesina polled 3,982 votes (21.9 per cent) to bring up the rear. Adesina had a few hours to the end of the election demanded cancellation of the poll, saying it was fraught with irregularities. The election was held via ELECTIONBUDDY, an electronic voting software deployed by Edmonton, Canada based firm.