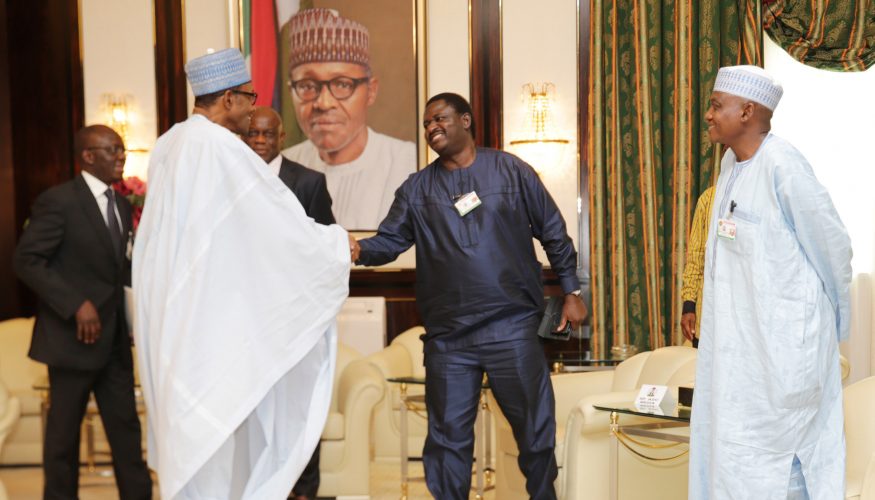 THE PRESIDENCY: A MATTER OF GRAMMAR

Nigerian Law School teacher, MR. SYLVESTER UDEMEZUE dissects the lexical nexus between ‘The Presidency’ and ‘The President’ and points the way forward

The purpose of this piece is to demonstrate that it is incorrect and unfitting for any media aide to a Nigerian President to issue or sign any Public Statement or Press Release in the name or on behalf of “The Presidency,” and to suggest appropriate options to comply with extant law and procedure.

The discussion would be undertaken under four heads: Administrative & English grammar; the Law of Agency; and the Rule of Law (Constitutional). Part four would then discuss Conclusion and Recommendations

First, although the term, “the Presidency” is generally used to refer to “the administration or the executive, the collective administrative and governmental entity that exists around an office of president of a state or nation,” (see Wikipedia), that term is not a person known to any law in Nigeria and on behalf of which/whom a person may act as an agent. Down here in Nigeria, “the presidency” is a term/noun used to refer collectively to the following offices: “Office of the President; Office of the Vice President; Office of the Secretary to the Federal Government; Office of the Head of Civil Service of the Federation; Office of the National Security Adviser; and the entire Statehouse Administration” (see https://statehouse.gov.ng/presidency/). This term is a creation done by people in power, in Nigeria, merely for convenience, and without any legal foundation and as such having no legal power or capacity. This being the case, when you say you issue a statement on behalf of “the presidency,” you give the erroneous impression that all the occupants of the above-named offices had met and agreed to issue the affected statement. It is my humble observation (I stand to be corrected) that each of the above-mentioned offices and officers within the presidency, has its/their own Media Aides who issue statement or press releases on their respective behalf. This is one major reason it is imperative that those appointed and retained for the office of the President of the Federal Republic of Nigeria, should learn to sign or issue public statements or press releases emanating from that office, in the appropriate form/capacity so as to leave no one in doubt that they act specifically for the office of the president, and not for the entire presidency, except where the latter is the case, although I think this is still rendered inappropriate by the reasons advanced hereinbelow.

In the Law of Agency, an agent cannot act on behalf of a non-juristic person. Put differently, the principal in every agency relationship must be a juristic person, a person in law, capable of suing or being sued in his name; the principal must be legally capable of doing that which he purports to do through his agent. Is “the presidency” a legal person capable of holding property, or of entering into a contract or of suing or being sued in that name? No, to the best of my knowledge and honest belief. The next question is, Which law crates “the presidency?” None that I know of! Consequently, if the “presidency” lacks the legal capacity to enter into any contract in that name or to sue or be sued in that name, then it lacks any capacity to sign any Public Statements or Press Releases, and hence cannot delegate/appoint any media aide to validly issue or sign any such statement or releases on its behalf. In conclusion, no one can validly act on behalf, or in the name of “the presidency,” since ethe presidency is not a legal person; the legal defect which “the presidency” suffers cannot be cured by getting another to do anything on its behalf which itself cannot legally do. This principle is usually expressed in the maxim “Nemo Potest Facere Per Alium, Quod Per Se Non Potest” which means that “no one can do through another what he himself cannot lawfully do.” There is yet another principle in agency which is related to the above-expressed: Qui Facit Peralum Facit Per Se Ip Sam Facere Vindepur, which means, he who does an act through another is deemed in law to do it himself. See the cases of Anyaorah vs. Anyaorah (2001) 7 NWLR (Pt 711) 158; Amadiume v. Ibok (2005) LPELR-5730 (CA). Both Pastor Femi Adesina and Alhaji Garba Shehu are each agents of Mr. Muhammadu Buhari, in his capacity as the President and Commander in Chief of Nigeria’s Armed Forces, having been separately employed, the former as the “Special Adviser, Media and Publicity to the President of the Federal Republic of Nigeria,” and the latter as the “Senior Special Assistant, Media and Publicity to the President of the Federal Republic of Nigeria.” Neither of the duo was employed by or to act for “the Presidency.” Accordingly, when they sign or each signs statement, they ought to recognize, acknowledge, and disclose their principal, and state the fact that they act for the disclosed principal, in line with the rules of the Law of Agency.

(3) The Rule of Law (Constitutionalism) Angle

May I point out that I have heard of a body/office known as “the presidency” and being a creation of law only in relation to the International Criminal Court (ICC). According to https://www.icc-cpi.int/about/presidency/Pages/default.aspx (accessed October 25, 2020), “the Presidency” as an arm of the ICC is “one of the four Organs of the Court. It is composed of the President and First and Second Vice-Presidents, all of whom are elected by an absolute majority of the Judges of the ICC for a three-year renewable term. The judges composing the Presidency serve on a full-time basis. The Presidency has three main areas of responsibility: judicial/legal functions, administration and external relations.” The current presidency of the ICC was elected by the judges of the Court on 11 March 2018, in line with Article 38 of the Rome Statute (the Rome Statute of the International Criminal Court, often referred to as the International Criminal Court Statute or the Rome Statute, is the treaty that established the ICC; it was adopted at a diplomatic conference in Rome, Italy, on 17 July 1998 and it entered into force on 1 July 2002). (se <https://www.icc-cpi.int/resource-library/documents/rs-eng.pdf> accessed October 25, 2020). Conversely, there is no law establishing “the presidency” within Nigeria, either as an office, or as a branch or segment of governance/government within the country to which power could be delegated or from whom any legal authority emanates or to whom legal capacity could be ascribed. How then, can anyone purport to act to act or to be acting for a legally non-existent body? This is why I shudder on each of the several occasions that I have seen public statements or press releases signed on behalf of, or in the name of “the presidency” by any one of Pastor Femi Adesina, Alhaji Garba Shehu, or indeed by anyone else, for that matter.

In view of the above, it is my humble suggestion to my friends, Pastor Femi Adesina and Alhaji Garba Shehu, to forthwith cease and desist from issuing statements for or on behalf of “the Presidency” because such action, apart from being unconstitutional and therefore illegal, is administratively inappropriate and grammatically misrepresentative, as I believe I have explained. In line with the horizons of their appointments and job specifications, I respectfully recommend the following options of signing/issuing Public Statements or Press Releases as being each apposite and in compliance with the Constitution, rule of law and administrative procedures:

Pastor Femi Adesina,
For: The President and Commander in Chief of the Armed Forces,
Federal Republic of Nigeria.✅

Pastor Femi Adesina,
Special Adviser, Media and Publicity to
the President of the Federal Republic of Nigeria.✅

Alhaji Garba Shehu,
For: The President and Commander in Chief of the Armed Forces,
Federal Republic of Nigeria.✅

Alhaji Garba Shehu,
Senior Special Assistant, Media and Publicity to
the President of the Federal Republic of Nigeria.✅

▪️The options below (5 and 6) are inappropriate and legally unacceptable: