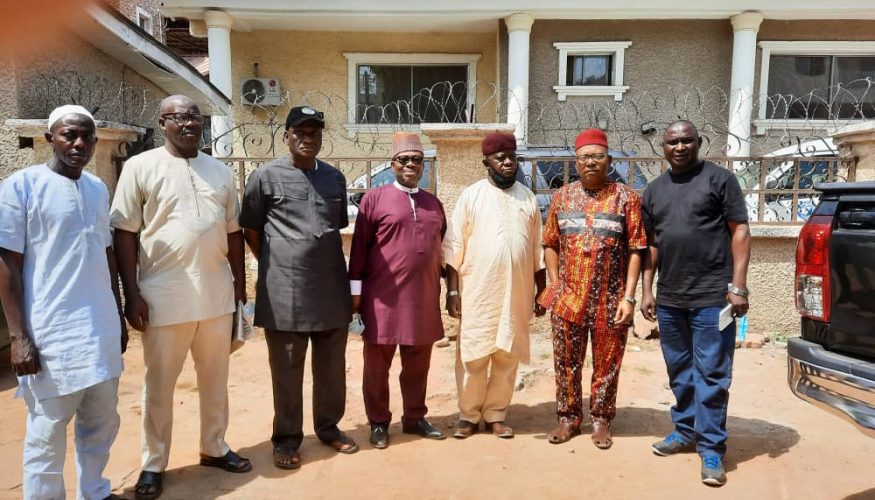 Though one Comrade Lawrence Amaechi was purportedly elected at the conference, the election was set aside as being in contravention of a valid court order that status quo be maintained pending the determination of a substantive suit on the matter.

CITY LAWYER gathered that though Ubani’s initial attempt to resume duty this January was frustrated by the said Comrade Amaechi’s led Executive, this was reversed on 29th January, 2021 when the appointment was enforced by the Public Trustee with the support of the Court and the Nigerian Police.

The appointment letter from the Industrial Court, dated 29th of December, 2020 stated that Mr Ubani’s appointment is sequel to the Order contained in the judgement delivered on the 25th October, 2019 by Justice Sanusi Kado of the Abuja Judicial Division of the National Industrial Court in the suit between Comrade Benson Ekasa and 1 other v. Comrade Kiri Mohammed (then National President of the Union).

The letter reads: “Pursuant to Section 19(c) of the National Industrial Court Act, 2006; Order 59 of the National Industrial Court of Nigeria(Civil Procedure) Rule, 2017 and the Order contained in the judgement delivered on the 25th October, 2019 by His Lordship Hon Justice Sanusi Kado, in the above subject matter suit, I hereby appoint you, Monday O. Ubani Esq, as the Public Trustee for the Nigeria Civil Service Union(hereinafter referred to as the “Union” for an initial period of three (3) months, effective from the date of your acceptance of the appointment, on the following terms:

1. To oversee and superintend the running of the administration and finances of the Union.
2. To convene National Delegates Conference of the National Civil Service Union and organise election to elect new executive members in line with the constitution of the Union.
3. To render account of your activities within the above specified period in a report to be forwarded to the Court immediately after the expiration of the tenure.
4. To forward a copy of the report to the Honourable Minister of Labour.
5. In the event that you are not able to conclude your assignment within the three months period stated above, you may apply for re-appointment for another three months. In this event, you shall be requested to provide satisfactory reasons why you may be so re-appointed.”

Ubani has now received the commitment of the various Heads of the staff who are running the administration before his appointment. They all promised to support the Public Trustee to succeed in the onerous task that is placed before him.

The appointment of a Public Trustee by the Industrial Court is to enable him conduct free, fair election and enthrone a leadership that is acceptable to all and sundry including restoring sanity and stability to the operations of the union.

Mr Ubani has since paid a visit to the Ministry of Labour and Employment where he met with the Minister of State for Labour & Productivity, Mr. Festus Keyamo SAN and the Permanent Secretary in the Ministry, Dr. Yerima Tarfa to intimate them of his appointment by the Court. He has also submitted his letter of notification and acceptance to the Minister, Dr. Chris Ngige.