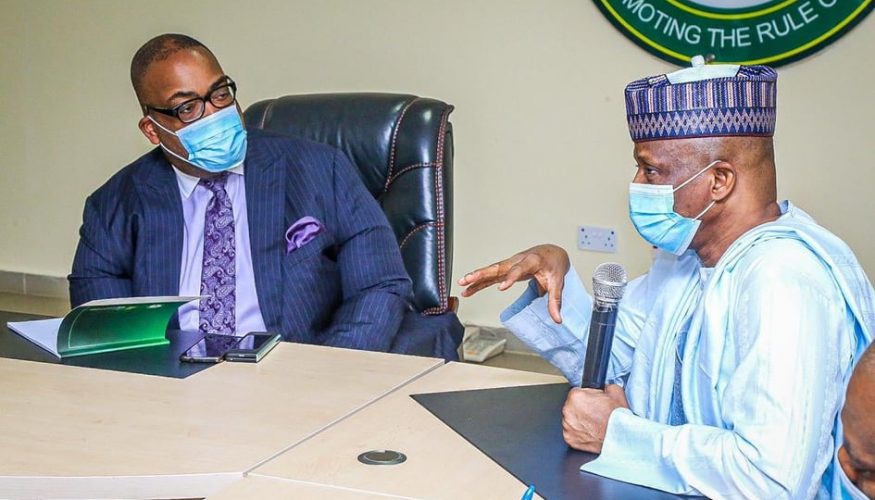 The Nigerian Bar Association (NBA) is set to roll out anti-money laundering guidelines for lawyers across the country. This was disclosed by NBA President, Mr. Olumide Akpata while receiving a delegation from the National Financial Intelligence Unit (NFIU) led by its Chief Executive Officer – Mr. Modibbo R. Tukkur.

In a statement by NBA Publicity Secretary, Dr. Rapulu Nduka, Akpata said the guidelines had become imperative to ensure that lawyers are not conduits for money laundering activities. According to the statement which was made available to CITY LAWYER, “The NBA President thereafter, pledged to set up an Anti-Money Laundering Committee that will come up with a robust Anti-Money Laundering Rules which will govern legal practitioners in their dealings with clients, both corporate and private.”

It is recalled that NBA has been in a face-off with the Economic and Financial Crimes Commission (EFCC) over implementation of Section 5 of the Money Laundering (Prohibition) Act 2011 which mandated lawyers to report certain financial transactions by their clients to the anti-graft body through the Special Control Unit against Money Laundering (SCUML). SCUML, the forerunner to NFIU, was originally under the supervision of the EFCC.

In an Originating Summons dated March 15, 2013 and taken out on behalf of the Registered Trustees of the NBA by Chief Wole Olanipekun (SAN), Mrs. Funke Adekoya (SAN), Messrs Babajide Ogundipe, Emeka Nwadioke and Davison Oturu, the NBA asked the court to declare that the provisions of section 5 of the Money Laundering (Prohibition) Act, insofar as they purport to apply to legal practitioners, were invalid, null and void.

Ruling on the matter, Justice Gabriel Kolawole of the Federal High Court, Abuja gave an order of perpetual injunction restraining the Federal Government, the Central Bank of Nigeria (CBN) and SCUML from enforcing the provisions of the Money Laundering (Prohibition) Act 2011 against legal practitioners. The judgement was CBN-VS-NBA_CA on appeal by a full panel of the Court of Appeal. CITY LAWYER gathered that a final appeal may be pending at the Supreme Court.

The National Financial Intelligence Unit (“NFIU”) paid a courtesy call on the leadership of the Nigerian Bar Association (“NBA”) on the 17th day of February 2021.

During the course of the engagement, the NFIU team led by its Chief Executive Officer – Mr. Modibbo R. Tukkur, highlighted the critical role of the NBA and its members in fighting corruption, as the nature of their work places them in a privileged position of requesting disclosure of sources of funds, investigation of funds, checkmating money laundering and other corrupt practices.

The NFIU boss also reiterated that NBA’s role as a Self-Regulatory Organization, imposes a moral responsibility on the NBA and her members to ensure that there are ethical rules that modulate their relationship with clients and members of the society at large.

Against the above background, the NFIU team recommended to the Association as follows, that:

I. The NBA sets up a dedicated Self-Regulatory desk officer at the NBA Secretariat.

II. The NBA sets up an Anti-Money Laundering Committee to collaborate with the NFIU on its anti-corruption mandate.

IV. The NBA partners with NFIU at large.

In response, the NBA President pledged the commitment of the NBA to work with existing government agencies in ensuring that legal profession in Nigeria is practised in line with global best practice so that legal practitioners are not seen to be enablers, or facilitators of corrupt practices.

The NBA President, further assured the NFIU of the Association’s desire to collaborate with the Unit, in building the capacity of legal practitioners by educating them on anti-money laundering, investigation of sources of funds, disclosure of origin of illegal funds, etc, in a manner that does not compromise their professional obligations to their clients. 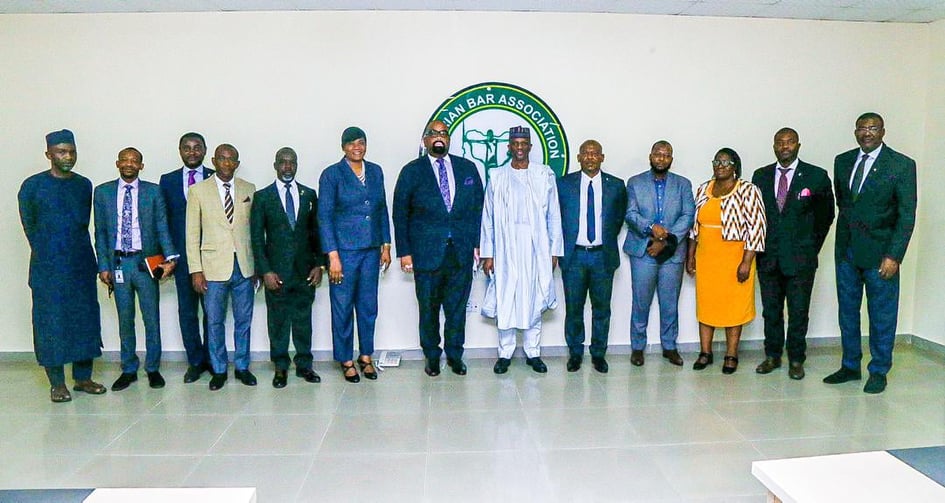