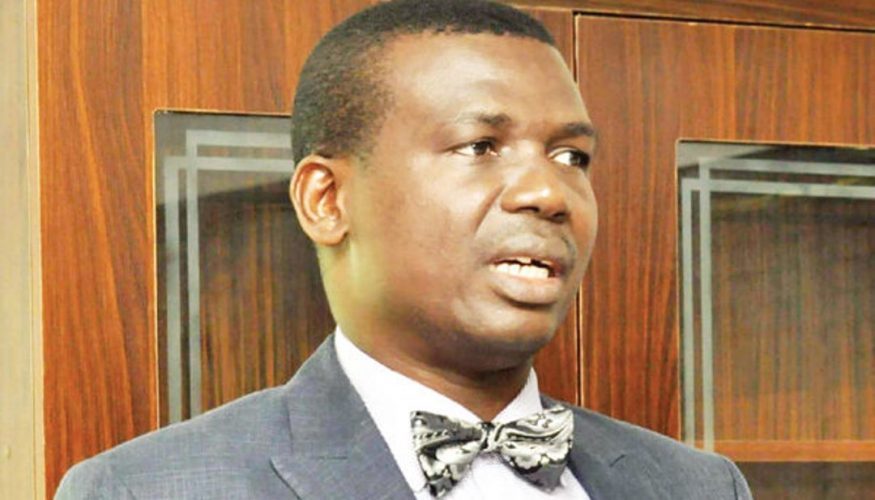 JUDICIARY: A STATE OF EMERGENCY

When the President announced the first Coronavirus lockdown at the end of March, 2020, hardly did we ever think that it would continue in this form, with the economy in shambles, all critical sectors crawling and almost everything at a standstill. Following that painful but necessary lockdown, the judiciary began to wobble, while many cases suffered long delays and others were adjourned sine die. Then came the EndSARS protests, the looting of the courts, the burning down of the oldest court building in Nigeria, together with its archives and antiquities. It is doubtful if the court system will ever recover from that invasion, notwithstanding the gallant efforts of the leadership of the judiciary and indeed the Lagos State Government. We are gradually feeling the heat of these catastrophic occurrences, as no substantial progress has been made ever since. Some judges have no courtrooms to sit in to conduct judicial business, some others share a single courtroom with other judges while some others have no chambers or office to operate from, due to no fault of theirs. It is that serious indeed.

The Judiciary is established under section 6 of the Constitution of the Federal Republic of Nigeria, 1999, as amended. The Constitution proceeds to state the function of the judiciary as to “extend to all matters between persons, or between government or authority and to any person in Nigeria, and to all actions and proceedings relating thereto, for the determination of any questions as to the civil rights and obligations of that person.” In reality therefore, the judicial powers as conferred upon the courts relate to adjudication and determination of disputes. This power is traceable to the period of creation, when the first man (Adam) was put to trial in the Garden of Eden. God drafted the charges, served them on him and took his defences thereto and thereafter judgment was passed. However, judicial power was properly codified when the father-in-law of Moses visited him and advised him to set up several courts for the resolution of all contentious issues, depending on their magnitude. Man has followed this pattern ever since, leading to the trial, condemnation and crucifixion of Jesus by the Jews.

The judiciary became more entrenched as part of the foundation of the creation of Nigeria, due to the Sir Henry Willink Commission of Inquiry report, detailing the means of addressing the fears expressed by the minority ethnic groups, post-independence. Assuredly, there will always be one dispute or the other, in any human endeavor or existence. With their over-bloated population and size, the majority ethnic groups could always boast of electoral victory to form the cabinet and also majority in the parliament, any day, through which they would continue to dominate the minority groups. It was then resolved to establish a strong judicial system, capable of intervening in any dispute between persons and persons, persons and governments or indeed any other authority. This partly accounts for the reason why the judiciary was established as an independent and autonomous arm of government, to be strong enough to look anyone in the eye, to be strong enough to damn oppressive policies and strike down all manners of injustice. This worked well for some time, until the military emerged with absolute powers and decrees, through which the powers of the courts were circumscribed and at times suspended, outrightly. But even under the military, the judiciary remained the only arm of government that could not be dissolved totally, unlike the parliament and the executive. No government has been so brutish and damning, as to outrightly sack the courts; we have never had it so bad and we pray not to ever have such malady, in our time.

What then is the problem with the judiciary? It insists on the rule of law, the rule of prescription, the rule of certainty, the rule of fairness and the rule of equity and equality. The judiciary abhors all forms of impunity, by which arbitrariness and unequal application of rules and regulations become the norm of human behavior. In this regard therefore, everyone in the judiciary is a potential threat to and target of the executive arm of government, represented by the President or Governor, Ministers or Commissioners, police officers, law enforcement agencies, public officers, civil servants, heads of government parastatals and other agencies. They mostly would love to bend the rules, when their vested interests are at stake, which invariably sets them in confrontation with the judiciary.

Membership of the Bench is however a special calling, not meant for the ordinary human being, given to the usual emotions and fancies. The judge is expected to be a special breed, above board, sober, conservative, moderate in all things and without any flair for extravagance or such worldly cravings. He is to keep away from society, some of whom may end up in his court one day. In return for these manifold deprivations, society accords him dignity, honour and reverence and call him “My Lord”, being the next person to God in terms of power and authority. In addition, the State undertakes to pick up his bills and guarantee him a secured tenure of office and a worthy life of retirement, after the Bench. But has this been the case? In times past, yes, but not so any longer. The State has failed in its duty of care for the welfare of the judge, some of whom have not experienced any wage increase for over ten years. The judge is overburdened with cases, has no judicial assistant as compared with his counterparts in the cabinet as Minister, or in the Senate, all who have countless aides and personal assistants. So, we failed the judges, no doubt.

But more worrisome is the fact that the judges themselves failed society, by departing from their established codes and ethics, by mingling and tangling with the society, by craving the very things that they were supposed to condemn and punish in their judgments. Some judges became very affluent, some parading estates upon estates, even abroad! Some of the judges were pushed to the lion by the neglect of the State, becoming willing tools in the hands of crooked lawyers and their corrupt clients. Or else, how can it be said that motions and processes are cooked and drafted in the homes of judges, that judges have special preference for certain lawyers that they work with and some even enjoy the patronage of litigants. It then got so bad that oftentimes when clients go to brief the lawyer, they want to know how to get access to judges, and when you don’t oblige them, they find their way there!

The judiciary is in dire need of reforms, the legal profession is crying for attention, such that the Bar and the Bench should this very moment declare a state of emergency. Why has the State abandoned the courts? Why can’t we have as many judges as we have Senators and Legislators? Why should the courts be so few and congested, to the extent that in the Supreme Court presently, civil appeals filed in 2008 are the ones being treated? Why should we have only fifteen justices for the entire Supreme Court of a nation of over 200 million people? Why should a State like Lagos, with over 24 million people, be served by less than 50 judges? Why should judges be so poorly treated, such that when a Justice of the Supreme Court was retiring, she lamented that she had no personal house of her own to stay? How on earth can we expect balanced judgment from the one who has not been catered for? When they go to the same market to buy food and their children attend the same schools? Should it be an offence to go to the Bench to serve one’s country?

There is fire on the rooftop! Why should any judge, worth his name and dignity, be involved in arranging the movement and assignment of cases to his court? Why should any judge ever agree to meet with any litigant that has a case in his court? Why should anyone who has the fear of God, be twisting the facts of any case, just to reach a pre-arranged conclusion? Why should judgment be for sale? Why did I go to study law, why am I busy studying and preparing for any case, burning the midnight oil, if the outcome of all my labour is up for sale, to the highest bidder? Why should any client bother himself to hire me as his lawyer, if he could get access to the judge and buy the judgment off the court? Truth is, no bribe given ever remains a secret. How can a judge still be sitting in the open court, pretending to be listening to the lawyers and their witnesses, when he has already been paid by one of them to do his bidding? Is there no dignity in labour? The one in heaven who created the eyes, can He not see? The one who created the ears, can He not hear? Is there no divine judgment after death again?

It is clear without any iota of doubt that the system needs urgent cleansing, but it must start with the one in authority, which is the government. You cannot plant maize and expect to harvest beans. Let us first look into the welfare and conditions of service of all judicial officers. Should it be possible for a judicial officer to be kidnapped or attacked by persons whose cases he is presiding over? Should judges be under any form of trepidation, any sense of intimidation or harassment by the same government that appointed them into office? Should a judge first think of the likely reaction of the President or the Governor, before he writes his judgment? Should judges be worried about post-retirement benefits, of the likelihood of being mocked by the same society that they served diligently or being humiliated by the same persons from whom they have had cause to reject tempting offers to compromise their judgments? Should judicial officers have cause to worry about the future of their children? We need a very urgent and robust welfare package for all judicial officers. And having done these, should we tolerate or pamper corrupt judges? Should they not be well monitored and audited constantly to weed off the bad ones? What is the gain for society, for investing so much in judges? How can we assure ourselves of the neutrality of judges in all cases before them? Should we not expect judges to do justice according to law, without fear, favour, affection or ill will, and to decide cases according to their conscience in the fear of God? And for us to deal ruthlessly with them whenever they fall short? Questions and many more questions, abound.