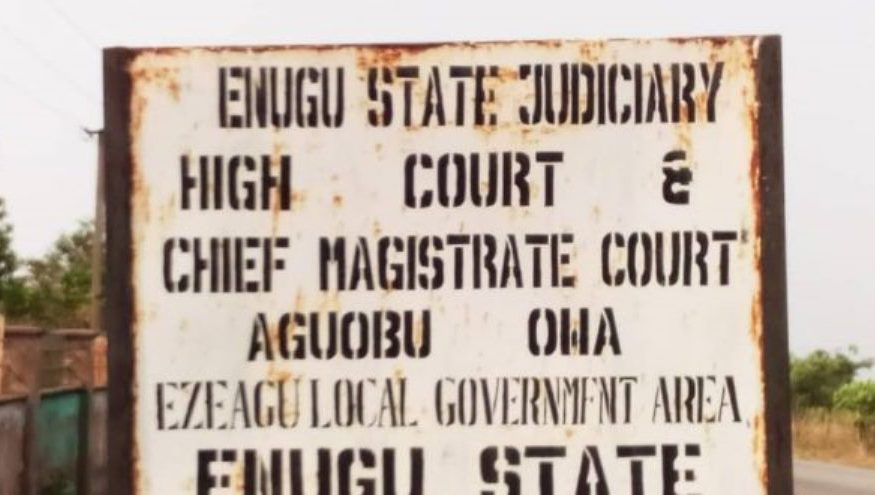 ALLEGED REMAND ORDER: IN DEFENCE OF ENUGU MAGISTRATE, BY LAWYER

Following a trending ruling of an Agbogugu Magistrates Court presided over by His Worship, Ezeobi Ngozi Anidi (Mrs) which allegedly ordered a remand of one F. C. Okeke Esq, counsel for the accused person, MARY BASSEY GODWIN, ESQ. x-rays the proceedings and concludes that the entire saga is designed to smear the hard working jurist, adding that no lawyer was remanded in custody or mistreated

The complainant who claimed to be an only child of her parents, told the court on giving evidence that her father made her promise not to forfiet (sic) her father’s name in order to secure the family name.

Upon the death of her father, her mother married a woman into the family to bear children. The accused is said to be the produce of the said marriage.

Upon hearing, the complainant told the court she received a call from Lagos that her step-brother had demolished the house she built and has demolished her father’s house. She rushed down to the east and saw it was true. She went to the police station and made a formal complaint and the matter was brought to court.

The court gave a ruling ordering the brother to open a room for the sister pending the determination of the suit.
The court’s ruling was based on the Supreme Court case of Ukeje v Ukeje, the judgement of Honourable Justice Olabode Rhodes-Vivour (which now grants women from the Eastern part of Nigeria a right to inheritance).

The accused’s counsel appealed the ruling to the High Court Agwu, Enugu State. The High court upheld the judgement of the lower court and sent the case back to the magistrate court.

The magistrate then gave an order for the accused to make a room available to the complainant. In December 2020, the matter came up again before the magistrate. The court was informed that the accused had not carried out the order of court.

The court issued a warrant of arrest repeatedly and was told by both counsel and the prosecutor that they were unable to locate the accused. The complainant at the following hearing informed the court that the Accused was in the village.

After that hearing, the spurious and fabricated document emerged on social media in an attempt to intimidate the court.

Enugu State Commissioner of Police, Mr. Muhammad Aliyu and the officiating DPO, Mr. John Igele, have both confirmed that the order to arrest a lawyer circulating on social media is a fabrication. It never existed nor was any lawyer arrested. 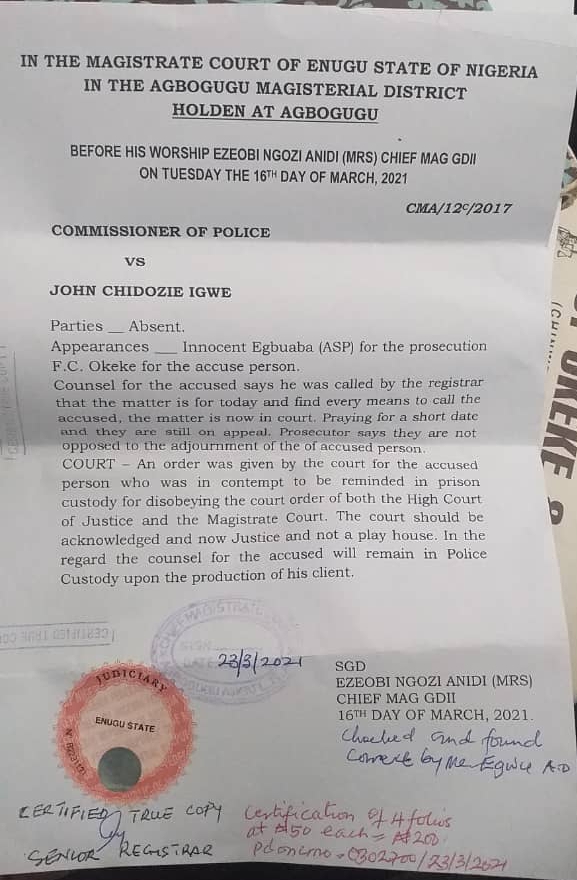