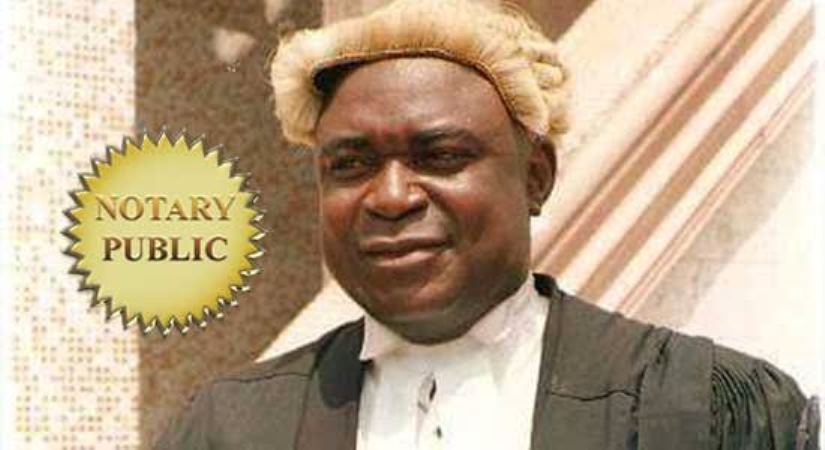 Under-fire senior lawyer, Mr. Anthony Eruaga who reportedly issued a controversial ‘reversal order’ to Guaranty Trust Bank has declined comment over the plan by the Nigerian Bar Association (NBA) to probe the matter.

When CITY LAWYER dialed his verified telephone number prior to the NBA’s press statement, Eruaga flatly said: “Please, I am not interested in that matter again.”

Also when CITY LAWYER contacted Eruaga on the move by NBA to probe the controversial order, he said: “Please why not just leave this matter.” He then cut the call.

The NBA had stated that by the ‘reversal order,’ Eruaga “seemed to assume judicial powers not ordinarily exercisable by Notaries Public.”

The statement added that “The leadership of the NBA frowns at such conduct, and wishes to state that it will investigate same and keep members informed about the outcome and further actions to be taken.”

Eruaga had in a press release dated May 28, 2021 stated that the ‘reversal order’ was “done in error,” adding: “I am on my honour telling the general public that they should not honour it.” He also wrote a similar “withdrawal letter” urging the GTBank not to give effect to the ‘reversal order,’ saying that it was “done outside my power.”

Section 7 of the Notaries Public Act provides that “If a notary is convicted of any offence, or be adjudged guilty of any misconduct whether in his capacity as a notary or otherwise, the court before which he is so convicted or by which he is so adjudged shall make a report thereof to the Chief Justice of Nigeria and the Supreme Court may revoke his appointment and direct the Chief Registrar to remove the name of the notary from the register.”

On the other hand, Section 9 of the Act enacts that “Any Justice of the Supreme Court may suspend a notary temporarily from practicing as a notary pending a reference to and the decision by the Supreme Court of any complaint against the said notary.”

The attention of the Nigerian Bar Association (NBA) was recently drawn to a ‘Reversal Order’ purportedly made by a certain Notary Public – Anthony Idanosi Eruaga Esq., directing a commercial bank to reverse funds allegedly erroneously paid into a customer’s account.

By this act, the said Anthony Idanosi Eruaga, Esq seemed to assume judicial powers not ordinarily exercisable by Notaries Public.

The leadership of the NBA frowns at such conduct, and wishes to state that it will investigate same and keep members informed about the outcome and further actions to be taken.

The NBA reiterates that it will continue to take every step to ensure that the Legal Profession is not brought to disrepute, and accordingly appeals to all lawyers to kindly desist from all actions that are likely to bring dishonour to the Legal Profession. 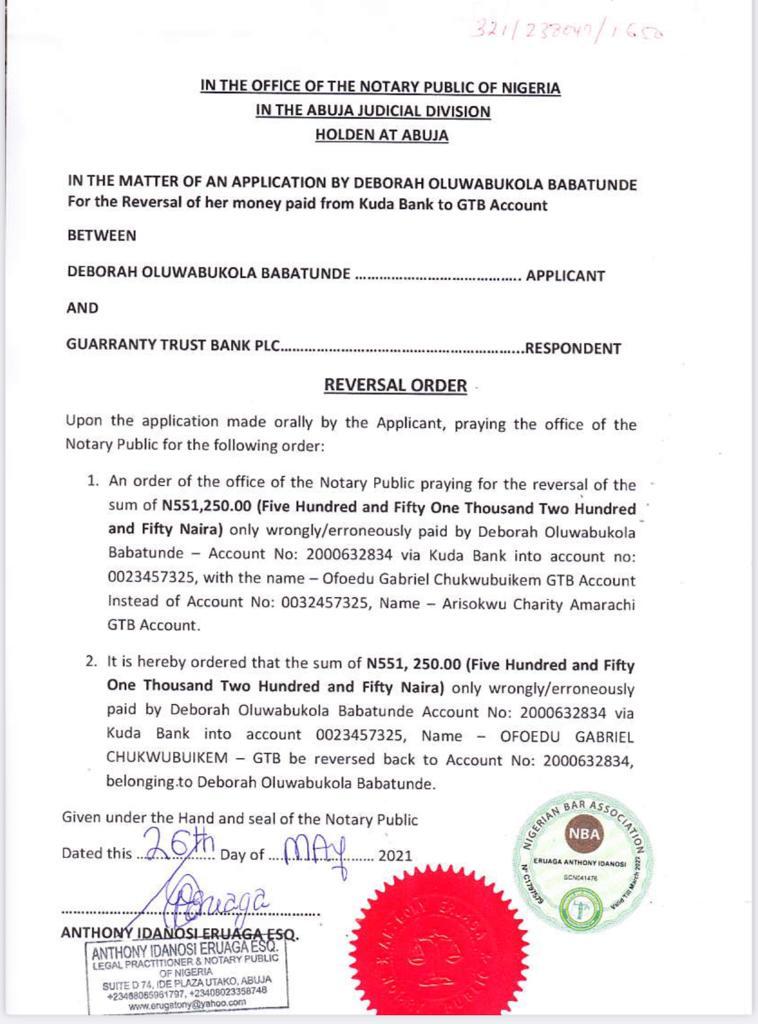 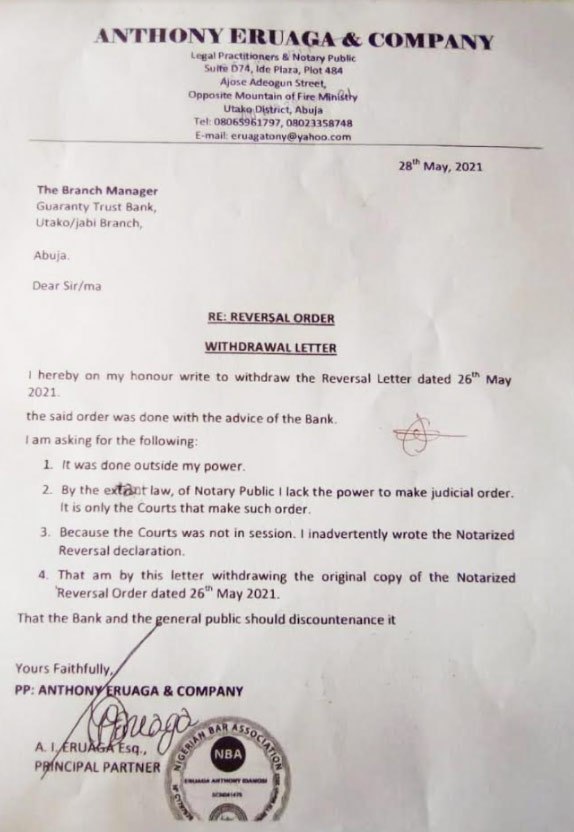