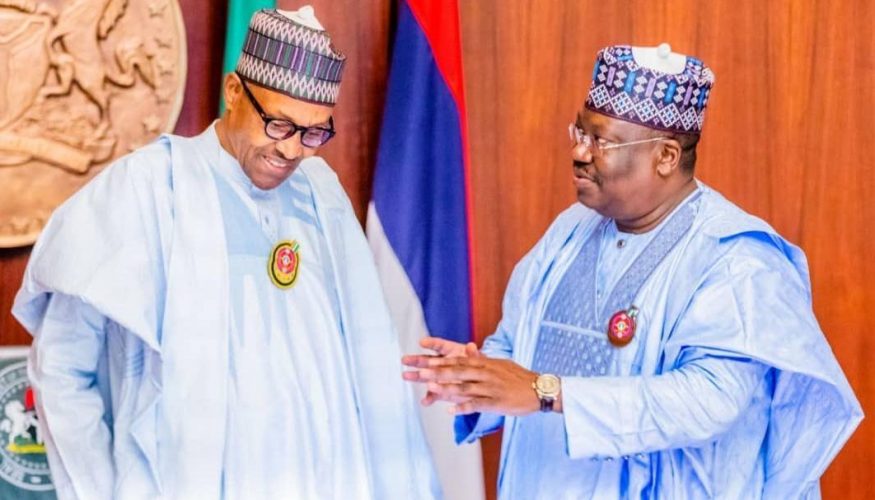 In a statement by the Chairman of the Governing Council of NBA Section on Public Interest and Development Law (NBA-SPIDEL), Dr. Monday Ubani, the lawyers’ body said that “Mrs. Lauretta Onochie, a clearly partisan individual by the President, an individual who has in recent years publicly displayed her partisanship and undying support for the ruling Party in her utterances, conduct and interaction with the Public cannot and should not serve as INEC Commissioner, a role reserved for an unbiased Umpire. I on-behalf of the Nigerian Public urge the Senate to righteously reject her nomination and confirmation forthwith.”

The Senate leadership had recently directed its Committee on INEC to screen Onochie for possible confirmation.

OBJECTION FOR THE CONFIRMATION OF LAURETTA ONOCHIE AS INEC COMMISSIONER.

I write this letter of objection to your sir at this critical and turbulent times in our Nation’s history, and I strongly believe that the Senate as a democratic institution of this great Country, has what it takes at this trying times to save and preserve Nigeria from heckling down to hell.

Sometime in October 2020, Mrs. Lauretta Onochie, was nominated by President Muhammadu Buhari as an INEC Commissioner. Mrs Lauretta Onochie, who until her nomination by the President, served as the President’s Personal Assistant and was an unapologetic member of the ruling Party the All Progressive Congress (APC) hence, her nomination by the President as INEC Commissioner, a position that the law prescribes the holder of same should be non-partisan, is ultra-vires and unconstitutional.

Recently her name came up for confirmation by the senate after an initial set back, therefore, as a concerned Citizen of this great Country, and as a Constitutional Legal Practitioner with grave concern for the preservation and sustainability of our very fragile democracy, I hereby strongly object to the nomination of Mrs. Lauretta Onochie by the President and her intended confirmation of her nomination by the Senate.

Distinguished Senate Chairman, considering the reality of Nigeria today, with the high level of insecurity, ethnic tensions and mistrust among Citizens, the decline in trust and confidence by the Citizens in their elected officials and democratic institutions to mention a few, it is very important, that as the next election draws closer, whoever is to be nominated by the President to serve as INEC Commissioner, Chairman or as an unbiased Umpire for National elections must be in compliance with the law and must be persons that, the general public view as not being partisan or compromised in any form or manner.

Sir, Section 152 of the Electoral Act, provides that. “no person holding an elective office to which this act relates or a registered member of a Political Party shall be eligible for or be appointed to carry out duties of a returning officer, an electoral officer, presiding officer or Poll Clerk”. Therefore, the nomination of Mrs. Lauretta Onochie, a clearly partisan individual by the President, an individual who has in recent years publicly displayed her partisanship and undying support for the ruling Party in her utterances, conduct and interaction with the Public cannot and should not serve as INEC Commissioner, a role reserved for an unbiased Umpire. I on-behalf of the Nigerian Public urge the Senate to righteously reject her nomination and confirmation forthwith.

As a card carrying member of the ruling party or any other party for that matter, she is unfit for the position she is nominated. I also doubt that Section 154 (3) of the constitution was complied with, which prescribe that the President nominates INEC Commissioner in consultation with the Council of State. Paragraphs B of Part 1 of the 3rd Schedule of the constitution provides that the Council of State shall have power to advise the President in the exercise of his power with respect to (iv) the INEC including the appointment of members of the Commission. When was this Section and paragraph complied with? If I may ask.

Most importantly paragraph 14 of part I of the third schedule of the constitution as amended in Section 30 No. 1 of 2020, a member of INEC should be “non partisan”, can Mrs. Lauretta Onochie be regarded by anyone in Nigeria, knowing her antecedent as the Special Assistant to the President as “non partisan” under the Nigerian context? The right answer is No.

I therefore, on behalf of the Nigerian Bar Association urge that her nomination be rejected and her confirmation be denied forthwith.

Thanking you in advance for the positive consideration of my request.