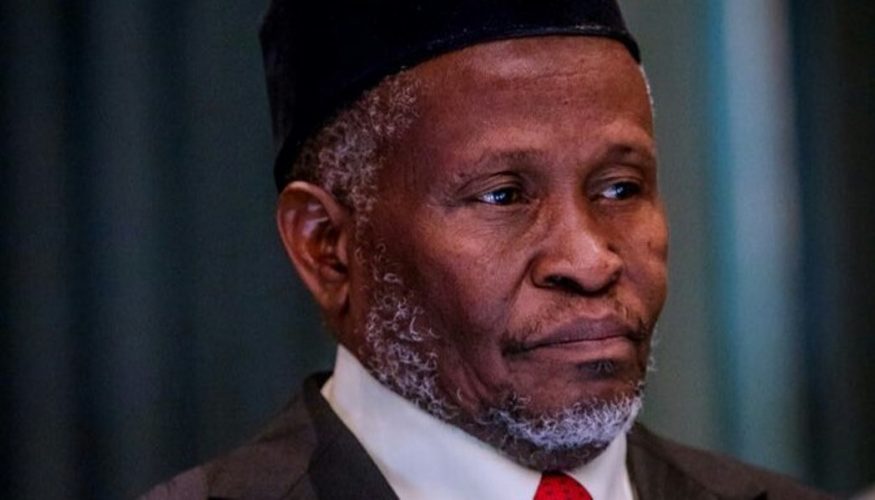 The Chief Justice of Nigeria, Justice Ibrahim Tanko Muhammad (CFR) has promised that the Legal Practitioners Privileges Committee (LPPC) would review the criteria for award of the coveted rank of Senior Advocate of Nigeria (SAN) in order to maintain its prestige, CITY LAWYER can authoritatively report.

The commitment is coming on the heels of a searing indictment of the Justice Muhammad-led LPPC by the influential Body of Senior Advocates of Nigeria (BOSAN). To underscore the gravity of its discontent, BOSAN has demanded that the conferment exercise be immediately suspended for the next three years to enable a thorough revamp of the award process.

BOSAN had come down hard on the LPPC for allegedly making a mockery of the award with conferment of the rank on an unprecedented number of 76 senior lawyers in the 2020 exercise.

In a November 27, 2020 letter obtained by CITY LAWYER and personally signed by Prof. Ben Nwabueze (SAN, NNOM), Prof. A. B. Kasunmu (SAN), Chief Folake Solanke (SAN, CON) and BOSAN’s longstanding Secretary, Mr. Seyi Sowemimo (SAN), the body lampooned the 2020 exercise for whittling the prestige of the rank. Titled “LEGAL PRACTITIONERS PRIVILEGES COMMITTEE’S LIST OF 72 LEGAL PRACTITIONERS FOR CONFERMENT WITH THE RANK OF SENIOR ADVOCATE OF NIGERIA FOR YEAR (SIC) EXERCISE: A STRONG NOTE OF CONCERN FROM THE BODY OF SENIOR ADVOCATES OF NIGERIA (BOSAN),” the letter was addressed to Justice Muhammad and copied to all LPPC members and the Attorney-General & Minister of Justice, Mr. Abubakar Malami (SAN).

Noting that Section 5(2) of the revised Legal Practitioners Act LFN 2004 mandates the LPPC to confer the rank on legal practitioners who have “achieved distinction in the legal profession,” BOSAN stated that “The rank of Senior Advocate of Nigeria, like its equivalent Queen’s Counsel (QC) in the United Kingdom, is an award on the merit for excellence in advocacy in the higher courts.” It added that “The rank of Senior Advocate of Nigeria is a hallowed and hard-earned privilege accorded a practitioner who has attained excellence in the profession.”

Turning to the 2020 exercise, BOSAN queried the steep rise in the number of awardees, saying: “However, we note with concern the number of persons namely 72 (seventy-two) listed for the conferment of the prestigious rank of Senior Advocate of Nigeria by the LPPC in the past week. Since April 3, 1975, when Chief F.R.A. Williams and Dr. Nabo Graham-Douglas were conferred with the prestigious rank till 2019, we have a total number 545 Senior Advocates over 45 years, representing an average conferment of 12 to 13 Senior Advocates per year.

In a damning indictment of the 2020 exercise, the senior advocates said: “BOSAN struggles to understand the rationale for the over 100% increase from the previous year and a 600% increase from a 45-year average. We are dismayed at this out-stepping from the norms and standards established over nearly five decades of our legal history.”

Delivering its final judgment on the exercise, BOSAN said: “We are of the strong and painful view, and it would appear to many, that the criteria have been whittled down and the bar/benchmark lowered to the extent of defeating the description of excellence as a sine qua non for attaining the prestigious rank.”

Underscoring the gravity of its position, BOSAN demanded that the 2021, 2022 and 2023 conferment exercises should be paused, saying: “In being economical with expression, we make bold to state that the weak and further weakened criteria for the conferment of Senior Advocate of Nigeria, including the extant guidelines, have combined to water-down the standard and core requirements of excellence and distinction. In the circumstances, and with all due respect, we strongly suggest that your lordship’s Committee put on hold the processes for the next three years (i.e. 2021, 2022 and 2023); and use the intervening period to conduct a credible and comprehensive review of the entire process.”

Mapping out the key areas of concern, the senior advocates said the review must include an appraisal of the guidelines and administrative processes leading to the selection, the personnel at the SAN/LPPC Administrative Secretariat/Department, proper pre-screening of applicants, as well as competitive processes and independent assessment free from lobbying, even as BOSAN pledged its “support of this critical review process in every way possible.”

CITY LAWYER gathered that BOSAN would today at its meeting appoint a committee to aid the planned review of the LPPC Guidelines.

In his response dated May 26, 2021, exactly six months after BOSAN’s complaint, and titled “RE: LEGAL PRACTITIONERS PRIVILEGES COMMITTEE’S LIST OF 72 LEGAL PRACTITIONERS FOR CONFERMENT WITH THE RANK OF SENIOR ADVOCATE OF NIGERIA FOR THE 2020 EXERCISE,” Justice Muhammad stated that the LPPC had considered BOSAN’s concerns “in detail,” adding that a review would be undertaken to strengthen the conferment process.

Signed on behalf of the committee by Hadizatu Uwani Mustapha, its secretary and the Chief Registrar of the Supreme Court, the letter read: “I have been directed by the Chairman of the Legal Practitioners’ Privileges Committee Hon. Justice I.T. Muhammad, CFR to acknowledge receipt of your letter dated 27th November, 202 (sic), on the above subject matter and to inform you that the Committee has considered in detail, your letter and having regard to the role of your Committee decided to set up an Adhoc-Committee to look into ways to strengthening the criteria for the conferment of the rank of Senior Advocate of Nigeria.”

In an October 26, 2020 letter by Chief Solanke to Justice Muhammad obtained by CITY LAWYER and titled “2018 Guidelines for the conferment of the rank of Senior Advocate of Nigeria,” the foremost jurist and first female Senior Advocate of Nigeria had decried “disconcerting phrases” such as “national character,” “geographical spread”and “gender representation,” urging “that action be undertaken by the appropriate authorities to reconsider the disturbing phrases so that merit remains inviolate.”