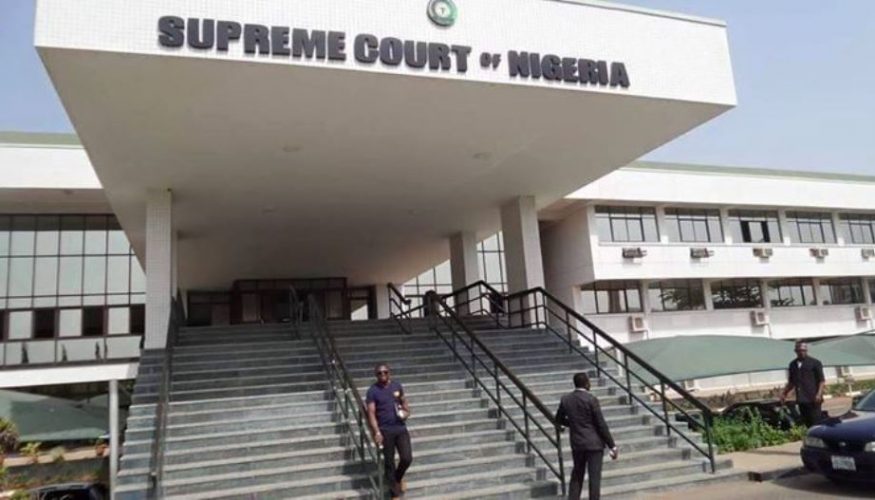 Petro Union Oil and Gas Company Ltd (Petro Union) has debunked an allegation that the Barclays Bank cheque in favour of the oil company is “attempted bank heist,” saying the allegation is “myopic and uninformed.”

In a rejoinder made available to CITY LAWYER titled “REJOINDER: THE LARGEST BANK ROBBERY IN HISTORY – ABOUT TO HAPPEN IN NIGERIA (THE ALVIN REPORT),” the company stated that it “denies the assertions in the said publication as being incorrect and misconceived.”

According to Petro Union, “Such sponsored publications are not completely surprising as some persons having lost at the trial in 2014, at the Court of Appeal in 2018 and unsuccessfully attempted to appeal to the Supreme Court in 2019 and maybe seeing the futility of their further attempt at the Supreme Court, may have become constrained to resort to media trial.”

REJOINDER:     THE LARGEST BANK ROBBERY IN HISTORY – ABOUT TO HAPPEN IN NIGERIA (THE ALVIN REPORT)

The attention of our Company – Petro Union Oil and Gas Company Ltd (Petro Union) – has been drawn to a publication captioned “THE LARGEST BANK ROBBERY IN HISTORY – ABOUT TO HAPPEN IN NIGERIA” credited to one Tope Fasua published on 13th July, 2021 in an obscure online platform – The Alvin Report. The Company hereby denies the assertions in the said publication as being incorrect and misconceived.

Our initial reaction was to ignore the said publication as one of those possibly sponsored media and psychological tactics but on a further thought, we deemed it important to react and set the records straight for the umpteenth time at least for the benefit of unsuspecting members of the public who were deliberately targeted to be misled by the said publication. Such sponsored publications are not completely surprising as some persons having lost at the trial in 2014, at the Court of Appeal in 2018 and unsuccessfully attempted to appeal to the Supreme Court in 2019 and maybe seeing the futility of their further attempt at the Supreme Court, may have become constrained to resort to media trial.

The Federal High Court delivered Judgment in favour of our Company in suit no. FHC/ABJ/M/104/2012 since 11th March, 2014 which Judgment was affirmed by the Court of Appeal on 5th June, 2018 in appeal no. CA/A/258/2014. This Judgment was arrived at based on cogent, compelling and credible evidence adduced by Petro Union. Union Bank was represented at the Court of Appeal by a team of senior lawyers led by Tayo Oyetibo, SAN while CBN was represented by a team led by D. D. Dodo, SAN.

The concurrent subsisting findings of both courts is that Central Bank of Nigeria (CBN) and Union Bank PLC are in custody of our Company’s foreign capital in the sum of 2, 556, 000,000 GBP (Two Billion, Five Hundred and Fifty-Six Million Pounds Sterling). As at the time of the Judgment in 2014, the Naira was much stronger and had more value than it does presently and the Judgment sum would not have translated to billions of Naira now that our currency is weak only if the Judgment Debtors promptly complied with the Judgment and honoured their obligation without allowing post-judgment interest to accrue.

The initial attempt by Union Bank to challenge the Judgment of the Court of Appeal at the Supreme Court was unsuccessful as the apex Court in its decision of 16th December, 2019 dismissed Union Bank’s application and held that their appeal was incompetent. At this stage, Union Bank’s legal team was led by Prof. Koyinsola Ajayi, SAN. Still unwavering, Union Bank subsequently filed yet another application for leave to appeal, through its legal team led this time by Adegboyega Awomolo, SAN, which application is currently pending before the Supreme Court. Possibly realizing the futility of a further attempt at challenging the decisions at the Supreme Court, it appears that some persons have resorted to media trial over the matter by sponsoring fallacious and malicious publications, like the Alvin Report publication of 13th July 2021, to whip up public sentiments.

ISSUES RAISED IN THE SPONSORED PUBLICATION ARE AFTER-THOUGHTS, FALSE, NON-EXISTENT, IMPROBABLE AND/OR IRRELEVANT AND WERE NEVER RAISED AT THE TRIAL

Worthy of note is that all the non-existent and/or irrelevant issues/posers raised in the Alvin Report publication were never raised as a defense or even put forward as mere points to dissuade the court at the trial by CBN or Union Bank who both actively participated in the proceedings which culminated into the Federal High Court subsisting Judgment of 11th March, 2014 in favour of Petro Union. This is simply because they are mere afterthoughts. As it is common knowledge, CBN is a statutory body established by an Act of Parliament and it is vested with a number of functions, objectives and mandates which include the supervision of commercial banks, like Union Bank, and other banking operations.

Undoubtedly, the CBN with all its statutory powers would have had no difficulty in tracing and obtaining evidence on all the false and misconceived issues raised in the said Alvin Report publication. Because these issues are non-starters and fabricated, they were not raised at the trial which had CBN and Union Bank as Parties.  As stated earlier, both banks were represented by Counsel of their choice, at the trial, who never raised any of these issues which they now claim happened and/or existed as far back as in the 80’s and 90’s. This makes their later day after-thoughts more improbable and incredible.

Put differently, at the trial in suit no. FHC/ABJ/M/104/2012 which commenced in 2012, neither CBN nor Union Bank (who were both Respondents and represented by Counsel), who reasonably ought to have known with due diligence if true, contended and/or raised any of the misconceived issues raised in the Alvin Report publication credited to one attention-seeking Tope Fasua.

We have also noted with dismay the author’s unfortunate and baseless comparism of the subsisting Judgment (arising from the Company’s foreign capital) in favour of Petro Union with unrelated bank robberies/thefts that have no connection whatsoever. The author, without basis, probably basking in the euphoria of the benefits from his enablers, alludes that the Barclays bank cheque in favour of Petro Union was an attempted bank heist. What a myopic and uninformed position to take? Although the publication is full of the author’s mere opinion, it is clear that the opinions expressed therein are baseless and actuated by ulterior motives although it may have been intended to be ‘ingenious’ as at the time of putting up the misguided publication. No court anywhere in the world has found and/or convicted Petro Union for fraud or misconduct of any kind.

In further demonstration of the desperation and ulterior motives exhibited in the publication, it was falsely alleged that Petro Union in their last statement are now saying that if Union Bank and CBN could ‘apologize’ for what happened they will be okay and probably walk away. This must be a fiction of the author’s imagination.

It is obvious that the author needs to be tutored on certain basics. For instance, in the sponsored publication, he states thus – I have always had issues with some decisions that judges take… Mr. Tope needs to be reminded that we live in a country governed by rules and regulations and as a supposed accountant who has lived in London, he ought to know that the unqualified obligation of all is to obey decisions of Court and any dissatisfaction against that decision has to be by way of an appeal in line with the law. The unfortunate publication goes as far as accusing Judges of being infamous with the ability to send the innocent to the gallows and free dangerous menaces to the society, for the love of money. This attitude and sheer desperation exhibited in the publication is really worrisome, condemnable and ought to be investigated. It does not lie in the mouth of the author to castigate the Judges and/or the subsisting Judgment of the Federal High Court in favour of Petro Union which was affirmed by the Court of Appeal and undisturbed by the Supreme Court.

We hereby urge the general public to disregard and discountenance the said publication and other similar publications as being fallacious, malicious and self-serving. They say the judiciary is the last hope of the common man and we are indeed hopeful that justice will prevail at last in this matter and the Company will have access to its wrongfully seized foreign capital for its legitimate business.