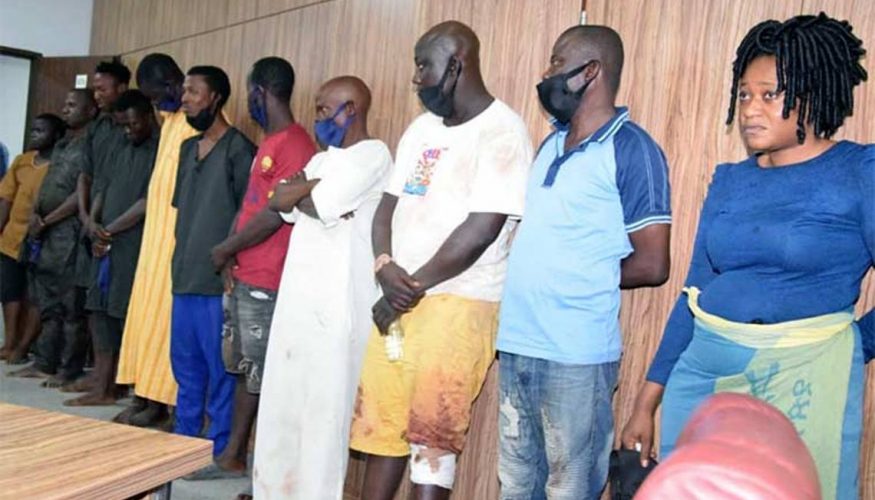 According to the trending report by a popular online newspaper, “when they took the detainees to the judge, ‘they were told that he did not come to work and had left instructions that another judge must not sign on his behalf.’ “

Gakko said in a statement that Justice Egwuatu was overseas on an official assignment, adding that another vacation judge was available to sign the bail papers when they are ready.

“It is quite possible that the file hasn’t even gotten to my Lord’s office. Recall that my Lord courageously granted bail to the detainees since 4th August, 2021. They have not been able to perfect bail since then, only for this irresponsible reportage.”

CITY LAWYER gathered that both Justice Egwuatu and Justice Ahmed Ramat Mohammed have been designated vacation judges for the Abuja Division of the Federal High Court.

Aligning with the stance of the court official, Olajengbesi distanced himself and his clients from the trending report, describing it as “equally condemnable.”

Olajengbesi, who issued a statement debunking the report, said: “We have received several calls and messages across the globe trying to ascertain the veracity or otherwise of some media reports currently in circulation on social media and news outlets particularly outside the country with respect to the above subject matter.

“It has therefore become imperative for us to put up this public notice so as to set the records straight. The report that the Hon. Judge handling the matter was kidnapped by unknown gunmen is not only false but condemnable as same is far from the truth.

“The report that the said Hon. Judge travelled out of town in an attempt to evade signing the release warrant of the applicants is equally condemnable and we do not want to be part of such reports. Also, let it be known that where a judge is absent under such a circumstance, any other judge within the Federal High Court can sign the release order and that is in process.

“The process of perfecting the bail conditions of those in custody is still in progress in accordance with the rules and practice of the Federal High Court of Nigeria and we are confident that the release order will be signed as soon as all administrative bureaucracies are concluded.

“We therefore appeal to the general public to exercise patience with the process.”

It is recalled that the Department of State Services (DSS) had arrested Igboho’s aides on July 1, 2021 during a raid on Igboho’s Ibadan residence, killing two persons in the process. The detainees include Abdullateef Onaolapo, Tajudeen Irinloye, Dikeola Ademola, Ayobami Donald, Uthman Adelabu, Olakunle Oluwapelumi, Raji Kazeem, Taiwo Tajudeen, Amudat Babatunde, Abideen Shittu, Jamiu Oyetunji, and Bamidele Sunday.
The 12 detainees had brought a fundamental rights enforcement action to seek their release from DSS custody, leading Justice Egwuatu to admit them to bail. The detainees had spent about 50 days in custody.

On his part, Igboho is battling extradition application filed by the Federal Government in a Cotonou, Benin Republic court.