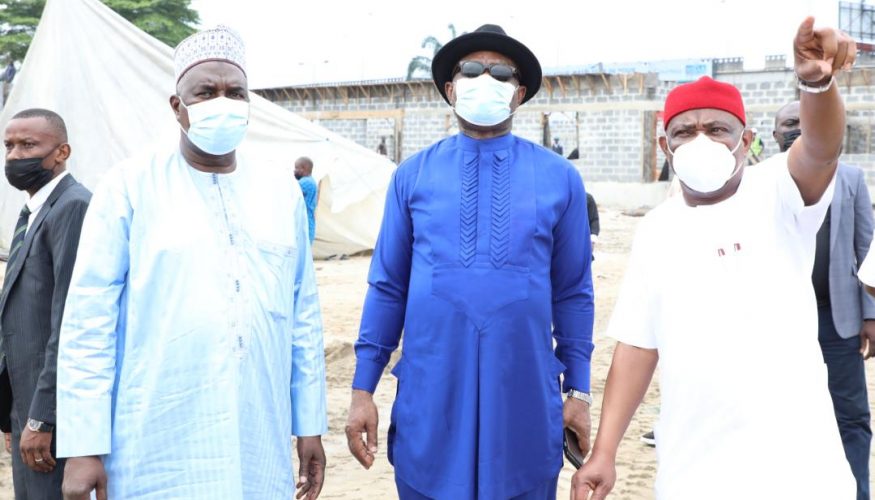 The Council for Legal Education, Nigeria Bar Association (NBA), Body of Benchers and some Senators have rejected a proposal by the Senate to create additional six Nigerian Law School campuses in the country.

They made their views known during a public hearing on a bill that seeks to establish one campus of the school in each geopolitical zone of the country organised by the Senate Committee on Judiciary, Human Rights and Legal Matters, in Abuja.

The Senators that opposed the Bill were Ike Ekweremadu (Enugu West) and Seriake Dickson (Bayelsa West).

They argued that the establishment of the proposed six law schools will greatly enhance access to legal education in the country.

While Ekweremadu warned against any attempt to politicise the establishment of Law School campuses in Nigeria, Dickson urged his colleagues to tread cautiously.

Ekweremadu said: “The establishment of new campuses or Law Schools should be left at the discretion of the Council for Legal Education that is empowered by the Act that established it in 1962”.

On his part, NBA President Olumide Akpata (SAN) said the move was unnecessary as the existing six campuses of the school were grossly underfunded before the intervention of the Rivers State Government that built a well-equipped campus in Port Harcourt.

“With required infrastructure, the existing law schools across the country are enough to accommodate thousands of law students graduating from the various universities.

The Chairman of the Council for Legal Education, Emeka Ngige SAN, said the council is 100 per cent opposed to the move to create the six additional law schools.

Ngige said the position of the Council was informed by the deplorable condition of most of the existing ones due to gross underfunding.

“For instance, the deplorable condition in which students at the Yenagoa law campus are studying is worse than what prisoners in Ikoyi Prison are experiencing,” Ngige said.

He told the lawmakers that they will shed tears if they visit some of the existing campuses and see the deplorable conditions in which students and lecturers are living.

“The move by the Senate through this bill is more or less subtle usurpation of the functions of the Council for Legal Education.

“Any need for establishment of a new law school campus, is by law, to be routed through the Council for Legal Education as exemplified by the Rivers Model,” he stressed.

But activist-lawyer Femi Falana, SAN, supported the establishment of additional six law school campuses in all the geopolitical zones.

THE NATION reports Falana as saying: “It is important to clarify certain facts: the Council for Legal Education Act, was enacted in 1962 for the creation of one law school.

“Nowhere in the Act was it provided that we are going to have a multi-campus institution; it is important for our colleagues to realise that in 1999, we had six batches of students who had no place to go, they contacted me and I had to go to court.

“The law building of the law school in Lagos had already been sold to a businessman who wanted to turn it into a hotel when the school moved to Abuja.

“It was only one campus not until I went to court and we got an injunction restraining the government from selling the law school in Lagos.”