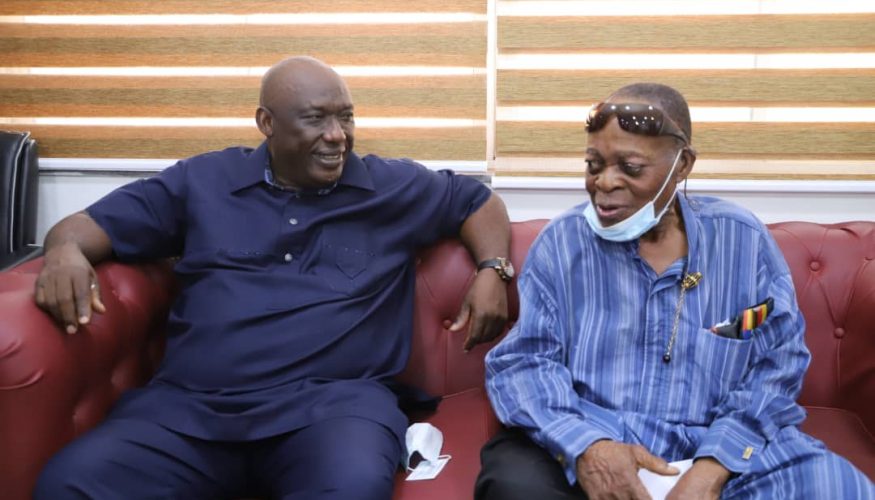 A member of the Body of Benchers, Ambassador Chief C. D. Orike has paid a courtesy visit to the pioneer Chairman of the Nigerian Bar Association (NBA) Section on Public Interest and Development Law (NBA-SPIDEL), Chief Joe-Kyari Gadzama, SAN at his Abuja office.

Orike was a member of the first parliament of 1964 alongside Nigeria’s Prime Minister, Sir Abubakar Tafawa Balewa and late Chief Solomon Lar, former Governor of Plateau State. He was Nigeria’s Ambassador to Uganda, with concurrent accreditation to the republics of Rwanda and Burundi.

Gadzama thanked Orike for the visit, restated his respect to the senior life bencher and commended him for the long service he has rendered to the legal profession. He prayed that God will continue to sustain him with good health and strength.

Meanwhile, Mr. Izuchukwu Temilade Nwagbara has won the N1 Million prize at the hotly contested Gadzama Business Law Debate. The finals of the debate held yesterday. After a fierce competition, the Judges retreated for about 30 minutes to decide the winner.

On the grand finale between Mr. Izuchukwu Temilade Nwagbara and Mr. Ayodeji Ayodele Ayolola, Ogunwumiju stated that both participants did incredibly well. He then declared Nwagbara as the winner while Ayolola was the runner-up. 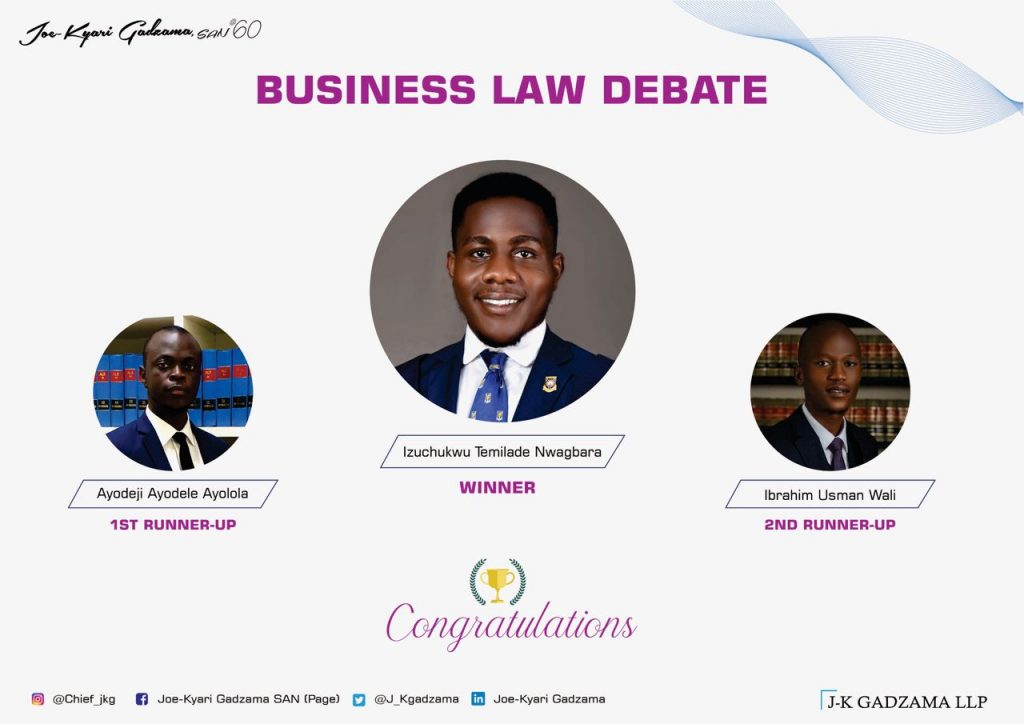