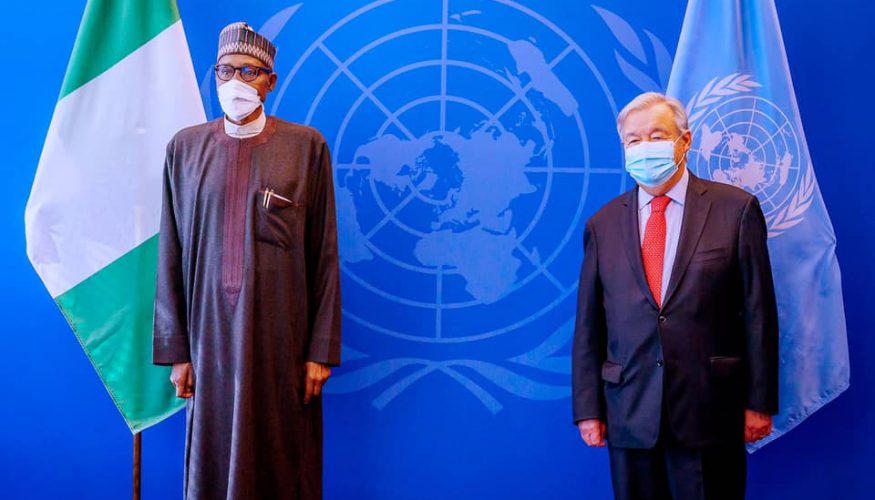 While noting Nigeria’s ratification in 2009 of the Optional Protocol to the Torture Convention and its mandate to NCAT to visit places of detention and investigate any complaints of torture, the Committee “regrets” that Nigeria did not notify the United Nations of the designation of any National Preventive Mechanism.

“The Committee further notes that the National Committee against Torture was established by terms of reference rather than a legislative act regulating its functions, mandate, and resources among others,” said CAT. “The Committee is seriously concerned by its lack of legal, operational and financial independence, as it is situated in the Federal Ministry of Justice, and lack proper funding (arts. 2, 11, 13 and 16).”

The Torture Committee then called on the Federal Government to “Take measures to align the functioning of the National Committee against Torture with the Optional Protocol to the Convention and ensure its independence, sufficient staff and adequate resources and budget necessary for it to fulfil its preventive mandate effectively, in accordance with the guidelines on national preventive mechanism of the Subcommittee on Prevention of Torture and Other Cruel, Inhuman or Degrading Treatment or Punishment (CAT/OP/12/5);

“Consider seeking technical assistance from the United Nations, including advice from the Subcommittee on Prevention of Torture on the establishment of the national preventive mechanism, in conformity with article 11 of the Optional Protocol;

“Ensure that all places of deprivation of liberty are subject to effective and regular monitoring visits by an independent body that involves medical personnel, that visits can be conducted without prior notice, that monitors hold confidential, private meetings with persons deprived of their liberty, without any reprisals and report publicly on their findings;” and
“Authorize non-governmental human rights organizations, as well as civil society actors providing health care and education, to undertake monitoring activities at detention centres.”

Turning to pretrial detention and overcrowding, the Committee commended Nigeria’s efforts to address the overuse of prolonged pretrial detention causing chronic overcrowding in detention facilities “through enactment of the Administration of Criminal Justice Act and its section 34 mandating chief judges or magistrates at state level to conduct monthly inspections of police stations and other places of detention within their jurisdiction, other than prisons, inspect records of arrests, direct the arraignment of suspects and grant bail.”

While noting efforts at prison decongestion leading to release of around 2,000 detainees and 160 juveniles and reports on release of around 7,813 prisoners from the correctional centres to reduce overcrowding and control the spread of the COVID-19 pandemic in 2020, “The Committee remains concerned however that around 72 per cent of the prison population is still awaiting trial even after the aforesaid measures. The Committee also understands that detainees can contest the legality of their detention before a judge and can submit a complaint to the National Human Rights Commission, but regrets to note the inefficiency of such system due to the significant delays in access to justice, among others (arts. 2, 11–13 and 16).”

To address these concerns, the Committee against Torture urged the Federal Government to “Ensure that Administration of Criminal Justice Act is properly implemented, the pretrial detention is effectively reviewed, that its duration does not exceed the legally established maximum and is as short as possible, and that its use is exceptional, necessary and proportionate;

“Ensure that pretrial detention is closely monitored by courts;

“Take into account the lessons learned from the federal decongestion program and COVID-19 pandemic and intensify its efforts to significantly reduce detention overcrowding, by making greater use of non-custodial measures, such as parole and early release, in accordance with the United Nations Standard Minimum Rules for Non-custodial Measures (the Tokyo Rules) and the United Nations Rules for the Treatment of Women Prisoners and Non-custodial Measures for Women Offenders (the Bangkok Rules);” and

“Ensure that effective, independent and accessible complaints mechanisms are available to all persons deprived of their liberty and that complaints are promptly, impartially and thoroughly investigated.”

On conditions of detention, the Committee noted Nigeria’s statement on the ongoing reforms of correctional facilities, “but remains concerned at numerous reports of poor material and sanitation conditions of detention that persist in all places of deprivation of liberty, the lack of access to proper medical care, including to persons with transmissible diseases, and inadequate food and water. It is also concerned at the reports of the lack of separation of juvenile inmates from adults, convicted persons from remanded detainees, in addition to detention of pregnant and breastfeeding women and persons with disabilities in general custodial facilities and without access to appropriate health services. The Committee regrets the lack of reliable information on the total number of prison deaths, their cause and follow-up investigations, such as the reported incident in Ikoyi prison in December 2019 (arts. 2, 11 and 16).”

The Committee against Torture urged the Federal Government to improve material conditions in police cells and correctional facilities, “including with regard to the ventilation, access to adequate food and running water and take measures to bring conditions in detention and the operational procedures into compliance with the United Nations Standard Minimum Rules for the Treatment of Prisoners (the Nelson Mandela Rules);

“Put in place systems to separate juveniles from adult prisoners and convicted prisoners from remand detainees, ensure that women are detained in gender-sensitive conditions and children are immediately released from custodial facilities, that inmates with disabilities are held in humane conditions and that prisons are adapted to their needs. Ensure that remanded and convicted persons with intellectual or psychosocial disabilities are transferred from custodial facilities to psychiatric hospitals or appropriate therapeutic settings;

“Provide adequate health services to all prisoners, and particularly those with disabilities, and conduct a thorough and independent medical examination of all detainees, both at the outset of detention and on a regular basis throughout the duration of detention;” and
“Ensure that all instances of death in custody are promptly, thoroughly and impartially investigated, including by means of independent forensic examination. It should also take measures to ensure the allocation of the necessary human and material resources for the proper health care of prisoners, and review the effectiveness of programmes for the prevention of suicide and self-harm, as well as for the prevention, detection and treatment of chronic degenerative diseases and infectious or contagious diseases in prisons. Lastly, the State party should compile and provide detailed information on the cases of death in custody and their causes.”