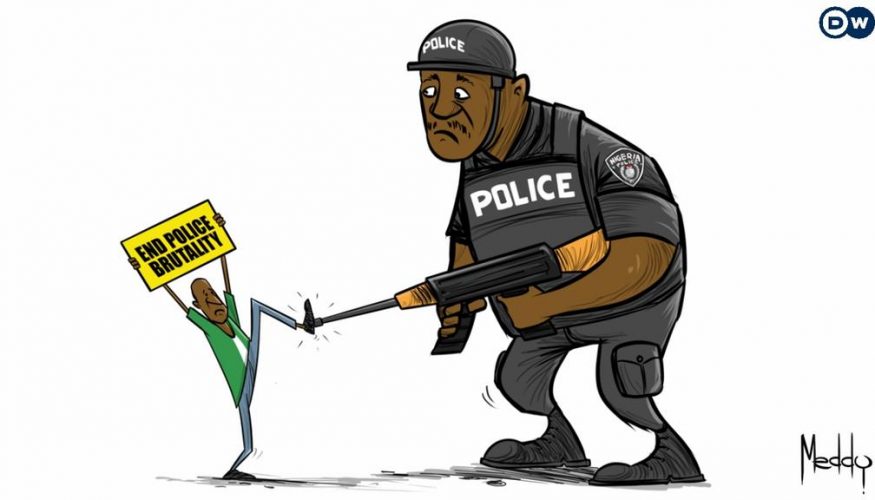 A 57-year-old senior lawyer, Mr. Ayodeji Odukale has been detained at Force Criminal Investigation Bureau, Alagbon, Lagos for allegedly coming late to an appointment with the police.

Odukale, who was admitted to the Nigerian Bar 31 years ago, told CITY LAWYER that he was detained overnight in a cell without food or medical attention on the order of Mr. Salisu Gyadi Gyadi, Commissioner of Police, Force Intelligence Bureau (FIB) Annex, Lagos.

According to Odukale, Gyadi ordered his detention alongside his client on the ground that they “kept him waiting” and came late to a meeting over an allegation of threat to life brought by a complainant.

He told CITY LAWYER that his ordeal started when he accompanied his client to the meeting, adding that immediately the duo entered the meeting room, Gyadi said he would “personally sign” their detention order for coming late to the meeting. He said that the police chief did not allow them to speak.

In a post he made on a lawyers’ platform, the senior lawyer said: “Good evening colleagues, I want to bring an unfortunate incident to our attention especially as there is a meeting tomorrow (today). I went for a meeting with a victim of domestic violence to meet with the commissioner of Police Force Intelligence Bureau, Kam Salem building, Obalende on Wednesday. The commissioner said we came late for the meeting and ordered that we be detained at Alagbon. Because you normally drop your phone before entering, l left my phone in the car. As a result, I could not communicate with the outside world. Somehow, I managed to get information across to my wife who tweeted NBA Lagos and NBA National. Unfortunately, to the best of my knowledge, till today there has been no response from the NBA. It seems the NBA cares little about members in distress and this arbitrary use of power. What if we had a medical situation warranting administration of medicine every hour? So NBA would now rush and come and pay condolence visit?”

He said that the matter turned on a domestic violence complaint incidented by his client at the Domestic and Sexual Violence Response Team (DSVRT), adding that the team referred the matter to the Adeniji Adele Police Station. He stated that a police team from the station visited the suspect, and that the suspect turned around to levy a charge that he and his client brought “thugs” to threaten him. Odukale added that “threat to life” is not an offence known to Nigeria’s jurisprudence.

Odukale told CITY LAWYER that he and his client were detained at Force Headquarters Annex, Alagbon from Wednesday evening until Thursday afternoon when his family made frantic efforts to secure his release.

Asked whether he posted bail before his release, he said: “No; nothing like that. The CP just ordered our release, saying that it was a civil matter between husband and wife! It means I was detained for nothing. That is why NBA absolutely needs to make a statement on this matter to say that you do not detain people for nothing. That they invested an officer with power to detain citizens does not mean it should be deployed arbitrarily. What is more, I came innocently to the station even without an invitation. I was not aware of any time set for the meeting. I could have died from the shock of my detention or had a stroke. I was dumped there without anyone even bothering to know whether I was dead or alive. In fact, the operatives at Alagbon told me that the detention order was signed in red ink, saying that it was an indication that the signatory wanted us to be dumped in the worst of the dungeons!”

Responding to the charge of neglect by NBA, the Chairman of the NBA Security Agencies Relations Committee (NBA-SARC), Chief Joe-Kyari Gadzama SAN told CITY LAWYER that he was not aware of the matter. His words: “I have been away to Katsina and unreachable because of bad weather and network. I’m on transit now. We have all shared responsibility as (NBA-SARC) committee members. I can’t remember seeing his message. Text me his number and one of our committee members will get across to him.”

Though CITY LAWYER contacted Mr. Olumuyiwa Adejobi, the Acting Police Public Relations Officer (PPRO) on the matter, he was yet to respond at press time.