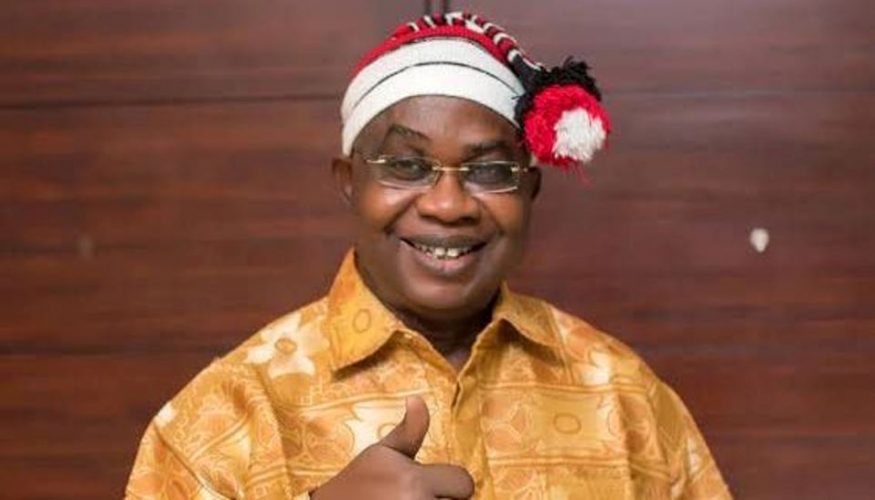 All Progressives Congress (APC) candidate in the last Ebonyi State Governorship Election, Senator Sunday Ogbuoji has declared his intention to head to court to challenge the court’s verdict that the Peoples Democratic Party (PDP) should nominate a replacement for embattled Governor Dave Umahi.

Justice Inyang Ekwo of the Federal High Court had sacked Umahi on the basis that he decamped to the APC from the platform upon which he won the election.

But Ogbuoji argues that he is the rightful person to take the mantle of leadership in Ebonyi State as the runner-up in the gubernatorial election.

In a press statement made available to CITY LAWYER, the former senator stated that he “had expected that, in line with our laws, only persons who participated in the said 2019 Governorship election in Ebonyi State are capable of being declared substitutes in a case as the one at hand.”

According to him, “The order that PDP should whimsically nominate ‘anyone’ to replace Governor Umahi who left the PDP was one that I am not in agreement with. My reason is simple – Hon. Iduma Igariwey never participated in the gubernatorial election in 2019. He vied for and won election for the House of Representatives to represent Afikpo North and Afikpo South Federal constituency. Therefore, he is incapable of being nominated to replace a Governor.”

Ogbuoji noted that he had instituted a similar action at the Ebonyi State High Court “but was, unfortunately, unable to get a favorable outcome thereat. However, with the turn of event to my favour at the Federal High Court Abuja, I was, once again, surprised at the consequential order made by my Lord of the Federal High Court, Abuja.”

According to the former gubernatorial candidate, “Section 33 of the Electoral Act, 2022 is the nearest law that draws our attention to what should be done in a situation where the General Election is yet to be held. The section requires that a political party can substitute its candidate in cases of death or withdrawal by holden a fresh primary election within 14 days from the date of such death or withdrawal.”

He stated that “in this case, the general election had been concluded with a winner and the first runner up. I emerged the runner up in that election. Therefore, if for any reason the PDP or its candidate Gov. Umahi are incapable of continuing in the office of Governor and a need to replace them arises, it is only proper that the first runner up in the election is the most legally qualified person to be named as a replacement. I hold this strong view because it is the people’s votes for both the party and its candidate that confers the authority to govern and if the votes of a particular party and candidate is no longer reliable, then the next legitimate votes are those of the first runner up.”

He vowed to approach the Court of Appeal to claim his mandate, saying: “In the light of the above brief statement, I am notifying the nation that I have instructed my lawyer to file application before the Court of Appeal in Abuja and the FHC (where a motion for stay of execution is pending) to be joined in the suits so as to ensure that all the issues are resolved adequately in line with our laws.

“My most earnest desire is the good of Ebonyi State and our people. I will continue to stand for justice and fairness to all.”