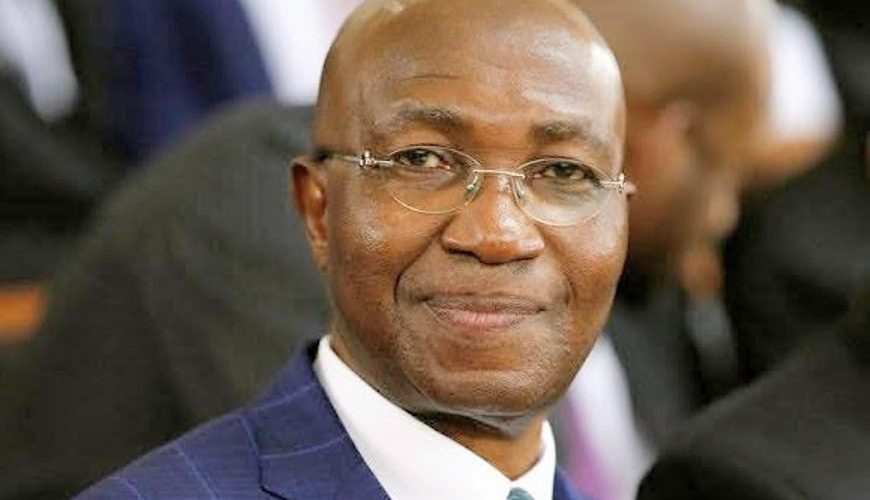 There is palpable unease within the ranks of the Body of Benchers (BoB) as former Chief Judge of the High Court of Federal Capital Territory (FCT), Justice Ishaq Bello has been appointed as the new Chairman of the Legal Practitioners Disciplinary Committee (LPDC). He replaces Mr. Emmanuel Ukala SAN who sensationally resigned from the position recently.

Members of the Body of Benchers who spoke to CITY LAWYER at the weekend on the emergence of Justice Bello argued that due process was not followed in the appointment, saying that the immediate past BoB Chairman, Justice Olabode Rhodes-Vivour merely announced the appointment of the jurist towards the end of the last meeting of the body.

They said that not only was the Bar not consulted in the process leading to the appointment but that there was no opportunity given to BoB members during plenary to ratify Bello’s nomination.

A BoB member told CITY LAWYER that the practice had been that while the headship of the LPDC rotates between the Bar and Bench, both groups must reach a consensus on the choice of the candidate to head the all-important Body of Benchers committee.

“Sadly, that did not happen this time,” said the member. “Due process was not followed; instead, a fait accompli was foisted on the body. That is not the precedent we are used to. The appointment is inchoate.

“I do hope that the new chairman of the Body of Benchers will seek the earliest opportunity to present the nomination of Justice Bello for ratification at the plenary. Otherwise, it will be a bad signal for both the committee and the Body of Benchers.”

Although CITY LAWYER contacted the Nigerian Bar Association (NBA) President, Mr. Olumide Akpata on the controversy, he had not responded at the time of filing this report. The Body of Benchers is yet to comment on the matter.

Following his retirement as Chief Judge of the FCT High Court, Bello made an unsuccessful attempt to join the International Criminal Court (ICC) bench, having been nominated by the Federal Government.

CITY LAWYER recalls the LPDC has been in the news lately following the resignation of Ukala and two other members of the committee over alleged interference in its work by the Body of Benchers. The two members that also threw in the towel were current Chairman of the NBA Section on Legal Practice, Chief Ferdinand Orbih (SAN) and Boma Ayomide Alabi (SAN).

Ukala had in his resignation letter dated 22nd February, 2022 cited the complaint by recently deceased senior lawyer, Mr. Lucius Nwosu SAN over a prima facie finding by the committee, noting that most members who spoke on the subject “were against the intervention of this august body (benchers) in the matter for very sound and obvious reasons including the fact that the matter was subjudice and that this august body has no jurisdiction to review any matter including the issue of prima facie finding which is already before the LPDC.

“Surprisingly however, the Chairman, the Honourable Justice Bode Rhodes-Vivour, ruled against the overwhelming views of the majority in favour of the minority views of mainly three members – the retired Justice James Ogenyi Ogebe, the Honourable Justice Ejembi Eko and R. A. Lawal-Rabana SAN, thus inadvertently opening up judicial proceedings before LPDC to the administrative review of the Body of Benchers. This singular move portends grave danger to the maintenance of discipline in the Legal Profession.”