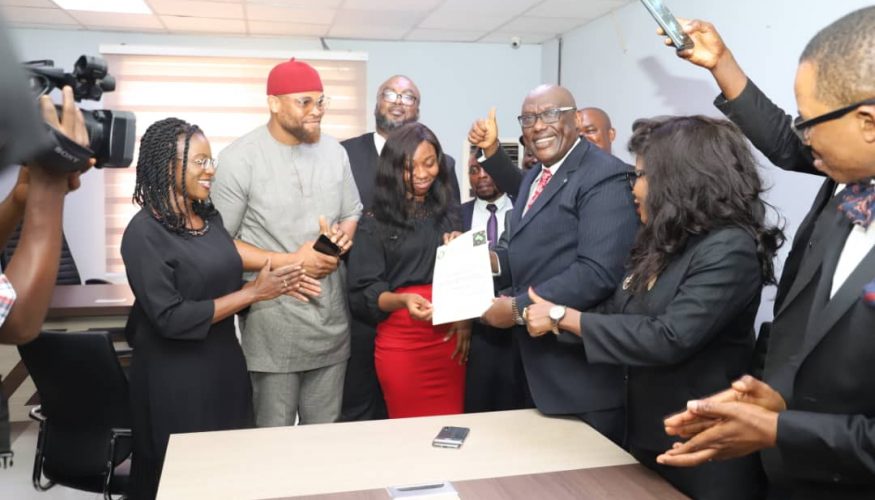 Chief Joe-Kyari Gadzama SAN has laid to rest any speculations on his quest for the presidency of the Nigerian Bar Association (NBA), having picked up yesterday the form to contest the forthcoming election.

Accompanied by Bar Leaders and some officers of the Young Lawyers Forum (YLF) and International Federation of Women Lawyers (FIDA), Gadzama was at the Electoral Committee of the NBA (ECNBA) secretariat at Trade & Convention Centre, Abuja to pick up the Nomination Form for the National Officers Election scheduled for July 16, 2022.

According to a statement made available to CITY LAWYER, “The support groups which accompanied the renowned Bar Patriot, J-K Gadzama, SAN had in representation several colleagues, friends, families and supporters from different NBA branches within and outside the Federal Capital Territory, International Federation of Women Lawyers (FIDA), Young Lawyers Forum as well as members of staff from the firm, J-K Gadzama LLP. The astute and active member of the Bar and his supporters received a warm welcome at the Secretariat after which the form was officially handed to him.

“Joe-Kyari Gadzama, SAN while thanking his colleagues, friends and supporters for coming out in their numbers to jointly support his efforts in advancing the Bar and Legal Profession, promised to continue in earnest service to the course of the Nigerian Bar. The Learned Silk who had ceaselessly been in the news was appointed Chairman, Nigerian Bar Association – Security Agencies Relations Committee (NBA-SARC) by the current President of the NBA, Olumide Akpata. The Committee had been credited by many members of the NBA for the achievements they recorded within a short time from inauguration and their tactfulness and quick-witted response in tackling issues of harassment of legal practitioners by security agencies.”