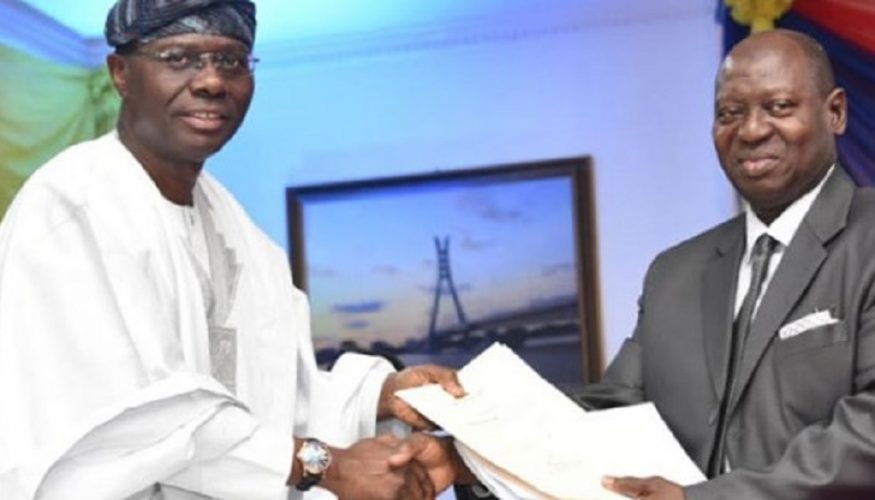 In this piece, MR. BAYO AKINLADE, anti-corruption crusader, former Chairman of Nigerian Bar Association (NBA), Ikorodu Branch and self-styled “The Bonafide Lagosian” x-rays the operations of Lagos traffic management company and treatment of alleged traffic offenders and argues that the mobile courts are being held by the jugular by the Executive arm

The organisation oversees wide range of transport planning and implementation of transport strategies and plans in Lagos, as well as the Lagos Rail Mass Transit and the Lagos Bus Rapid Transit System. THIS IS A BIG LIE AND THE SCAM OF THE CENTURY, this is why.

LAMATA IS THE REGULATOR OF ONLY ONE TRANSPORT COMPANY

The Blue BRT Buses are the only buses allowed on the BRT Corridor in Lagos State. The buses that operate on the corridor are owned by ONE company called Primero Transport Services. Primero is a private company owned by Mr. Fola TINUBU and your guess is as good as mine on who that is.

If one company alone has exclusive access to one whole lane on most of Lagos highways, then I am very bothered especially with the scarcity of roads in Lagos and the fact that most roads are damaged and under construction.

Despite its laudable initiative, the Lagos State government shows great indignation and hatred for its citizens when it allows us to spend hours on the roads while a whole lane is reserved for one bus company.

The fact that citizens have no competitive alternative is also a big disservice. Many users of the BRT are extorted daily by the bus company when monies are taken out of their bus cards illegally, they stand in queues for hours while the buses just stand there empty, they are forced to enter direct route buses and pay the maximum fare even though they are stopping on the way, there are mostly no refunds for wrongful deductions and the complaint process is set up to frustrate you.

Ordinary citizens have no respite? Can even the Federal Competition and Consumer Protection Commission stop this evil?

To secure the income of this one company that runs the BRT corridor, LAMATA has an enforcement team that engages the services of the Nigerian Police, LASTMA, FRSC and other law enforcement agencies.

These enforcers don’t know the traffic laws and instead of helping to ensure free flow of traffic as the object of LAMATA, they are interested in entrapping motorists and extorting monies from them. Is LAMATA concerned about this? Sadly NO.

I am aware that the MD of LAMATA has some foreign experience but I regret to observe that the MD is not competent enough to manage these situations that we find ourselves in Lagos State.

Should a state with so few road networks be busy impounding cars and arresting motorist for traffic offences that are created just to oppress people?

If people are taking one way, why don’t you just redesign the road and temporary designate one ways as ways that can flow both ways at certain times of the day. Why can’t enforcers redirect traffic instead of ambushing motorist? Why can’t they be more understanding and explain to the motorist why they should not do certain things rather than forcefully jump into their cars, tow their cars away, or illegally remove their licence plates?

It’s quite unfortunate that we may have experienced and educated people at the helm of affairs but ignorant, uneducated and violent persons as enforcers on the streets.

LAMATA AND THE COURTS

This one is closer to home. The government has held the Mobile Courts and some magistrates’ courts by the jugular. The judiciary is not independent to determine traffic offence cases. The system is so unjust that it is the traffic violator that has to prove his innocence. Most principles of Law don’t have a place in the adjudication of traffic laws in Lagos State.

I am so disappointed that our Judiciary has condescended to the Executive arm of government and allowed itself to be manipulated and intimidated. It has been rumored that the Judiciary now generates income for the Lagos State government in a clandestine manner. I am sure we can now see how. But the courts are helpless and they need the citizens to speak up for their rights.

Isn’t it ridiculous that when you are arrested for a traffic offence, those who arrest you don’t have tickets they can issue? Why should you commit an offence in Lagos Island and be forced to drive to Ketu to get a referral to appear in Court? Why should you go from court at Oshodi to Ketu to pay your fine? In this Lagos where it takes an average of 2 to 3 hours to get to any particular destination!

Let me appeal to both our Judiciary and the Legislators to reconsider the Traffic Laws, look at its implementation, management, enforcement and prosecution. The fines are absurd and inhuman, the process of prosecution and adjudication is skewed and illegal – mostly violating all known principles of law and the constitution.

WE ARE THE PEOPLE. The government is there to serve us and not to lord it over us. If you are arrested for a traffic offence, make sure you take pictures or make videos of the area.

Do not resist arrest but insist on driving your own vehicle or to be taken to court immediately. Get in touch with the Office of the Public Defender (OPD). The OPD is available at the mobile courts as well.

You may also contact the Legal Aid Council of Nigeria or any Nigerian Bar Association Branch in Lagos State.