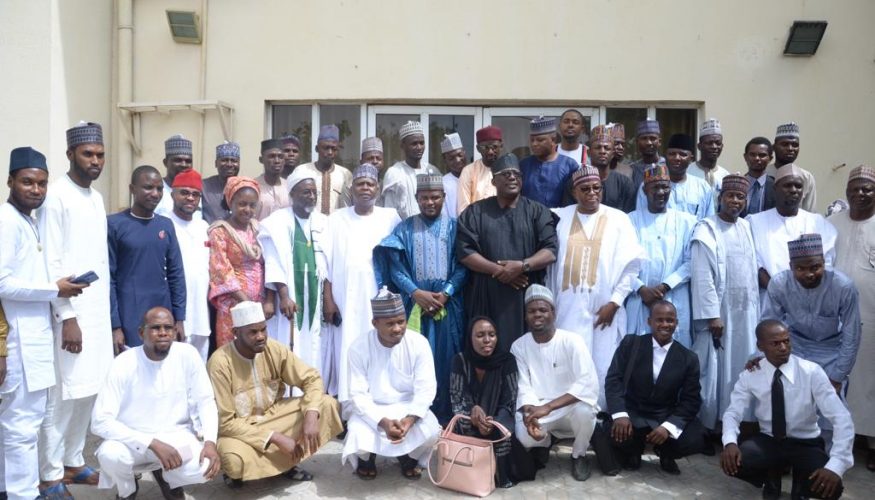 The Chairman of the Body of Benchers Mentorship Committee for Young Lawyers, Chief Joe-Kyari Gadzama SAN has visited Nigerian Bar Association (NBA) branches in Kano, Ungongo and Dutse to felicitate with the members.

While Gadzama, who is also the Chairman of the NBA Security Agencies Relations Committee (NBA-SARC), hosted the members of the NBA Kano and Ungogo branches in celebration of Eid at the Central Hotel Kano, he held an interactive session with members of the NBA Dutse Branch at Tahir Guest Palace Jigawa. The chairman of the Dutse occasion was Tijjani Imam, a Life Bencher and former Attorney General of Jigawa State.

Meanwhile, Gadzama is expected in Lagos today at the monthly general meeting of NBA Lagos Branch. The meeting is being hosted by some friends of the leading litigator, including the African Bar Association (ABA) President, Mr. Hannibal Uwaifo and two former chairmen of the branch, Mr. Chijioke Okoli SAN and Chief Martin Ogunleye.

Below are the statements made available to CITY LAWYER.

The monthly General Meeting of the NBA Lagos Branch for the month of May, 2022 is set to be lightened up as some of the friends of the eminent Chief Joe-Kyari Gadzama, SAN are prepared to host this month’s Branch meeting in honour of their friend. The notice of the meeting released by the Branch indicated that the trio of Messrs Hannibal Uwaifo, Chief Chijioke Okoli, SAN and Otunba Martins Ogunleye will jointly host this month’s meeting in honour of Chief J-K Gadzama, SAN.

It should be noted that Chief Gadzama, SAN submitted his Nomination Form at the ECNBA Secretariat on April 14, 2022 indicating his interest to contest for the position of NBA President in the forthcoming NBA national election.

The NBA President, Mr. Olumide Akpata, appointed Chief Gadzama, SAN as the Chairman of the NBA Security Agencies Relations Committee (NBA-SARC) last year December and the Committee was inaugurated early this year. Prior to his appointment, Chief Gadzama, SAN had served the NBA in various capacities including but not limited to the following

CHIEF JOE KYARI GADZAMA, SAN, AND HIS DISTINGUISHED ENTOURAGE, HANG OUT WITH MEMBERS OF THE NBA KANO AND UNGOGO BRANCHES FOR SALLAH CELEBRATION.

On Friday, May 6, 2022, the Friends of Eminent Silk Chief Joe-Kyari Gadzama hosted the members of the NBA Kano and Ungogo branches in celebration of Eid at the Central Hotel Kano.

The celebration commenced with an opening remark from Adamu Abubakar, who graciously welcomed the Learned Silk and his dignified entourage to Kano. Subsequently, His Excellency M.A Abubakar (Former Governor of Bauchi State) in his remarks to the members of the branch accurately described the Learned Silk as “a son of the soil” given that he served the Country under the mandatory National Youth Service Corps (NYSC) scheme in Kano State with the Ministry of Justice and A. Usman Gadzama & Co. and also commenced the practice of law with his office being established in Kano State. He commended the warm felicitations of the Kano and Ungogo branches as they honoured one of their own. To attest to the hard work and dedication the Learned Silk has put into the development of the bar, His excellency further stated that “J-K is not only a bar man but a quintessential bar man”. M.A Abubakar also stated that the fact that the Body of Benchers recognized the Learned Silk’s dedication and passion for empowering and educating Young Lawyers by honoring him as the Chairman, Mentoring Committee of the Body of Benchers for Young Lawyers speaks volume. His Excellency concluded by stating that Chief Joe-Kyari Gadzama, SAN is a friend to young lawyers as the Learned Silk has made himself approachable and accessible to young lawyers to discuss their challenges with the aim of reaching a solution.

In agreement with His Excellency M.A Abubakar, Kabiru Tanimu Turaki, SAN stated indeed since J-K Gadzama SAN completed his NYSC service year in Kano he has been connected to the state and has taken more than a passive interest in the matters involving the branch. According to Learned Silk, J-K Gadzama, SAN has mentored a vast number of Lawyers in Nigeria who have become very successful in their respective areas of practice. He stated categorically that Chief J-K Gadzama, SAN is the first amongst very few Lawyers in Nigeria to initiate and sustain an annual lecture series for a good number of years. He stated that Nigeria is in need of good leadership, leaders who are bold, with capacity and who will be selfless, committed and will not compromise. Thus, he urged members of the branch to choose a quintessential bar man, a person who has given everything he has to the bar. He concluded by stating that in the legal profession, there is no substitute for experience and the experience of J-K Gadzama SAN in matters concerning the bar is second to none as he has been everything a lawyer can be, from a Senior Advocate Nigeria, a Life Bencher and also a Bar Chairman.

The former Solicitor-General of the Federation, Abdullahi Yola, stated while making his remarks, that he believes J-K Gadzama, SAN will be the best thing that will happen to the Nigerian Bar Association. Furthermore, according to the classmate and friend of Chief J-K Gadzama SAN, for over forty years, Mohammed Monguno stated that J-K Gadzama, SAN is the son of a police man with a calling to serve, who rose to this position from sheer hard work and diligence. He stated that the Learned Silk’s dedication towards the welfare of young lawyers is unrivalled.

The man of the moment Chief Joe Kyari Gadzama, SAN in his speech expressed his gratitude to the distinguished members of the high table and members of the NBA Kano and Ungogo Branches for honoring him in such a grand style despite the Eid festivities and their busy schedule. He praised the leadership of the Nigerian Bar Association under Mr. Olumide Akpata who saw the public-interest background of the Learned Silk as a pioneer Chairman of NBA-SPIDEL and honoured him with the appointment as the Chairman of the NBA-SARC, a committee charged with the responsibility of engaging the various security agencies in Nigeria to ensure that the harassment of lawyers by these agencies becomes a thing of the past. He concluded by promising to abide by the NBA Constitution and the Nigerian Constitution by the grace of Almighty God.

The celebration ended with a cultural dance presentation and music while members of the branch interacted with the Learned Silk and posed for photographs. Indeed from the words of the dignitaries and over 3 decades of service to the bar, it is accurate to state that the Learned Silk has shown extraordinary commitment to the promotion of the Nigerian bar.

CHIEF JOE-KYARI GADZAMA, SAN AND HIS EMINENT ENTOURAGE, HOLD INTERACTIVE SESSION WITH MEMBERS OF THE NBA DUTSE BRANCH IN JIGAWA

At the conclusion of the session, Kabiru Adamu, Esq. who anchored the program stated that the Learned Silk is an all rounder in the profession given that he has immense experience in litigation, commercial practice and arbitration, thus it came as no surprise that he was selected as one of the 500 best lawyers in the world. Hence, the Learned Silk is indeed the bridge between Commercial Practice and Litigation, MULAN and CLASSFON and the Legal Profession and Nigerian Society.

The Learned Silk in his remarks expressed his heartfelt gratitude to the branch for such a royal and dignified welcome. He stated that being in Jigawa is a homecoming for him as he is no stranger to the state. The Learned Silk reassured the members that the welfare of Young Lawyers will always be his priority. This comes as no surprise given that the Learned Silk passionately and successfully advocated for Young Lawyers to be referred to as “Young Lawyers” rather than “Junior Lawyers.” The Learned Silk also assured the members of the NBA Dutse Branch that he would not forget the amount of love and support shown to him by members of the branch and would work tirelessly in ensuring that the issues faced by members of the branch is resolved. He concluded by thanking the dignitaries for their kind words and stated that his loyalty shall always be to the Constitution of the Nigerian Bar Association, Constitution of the Federal Republic of Nigeria and God.

The session ended on a happy tone with laughter, photographs and food. 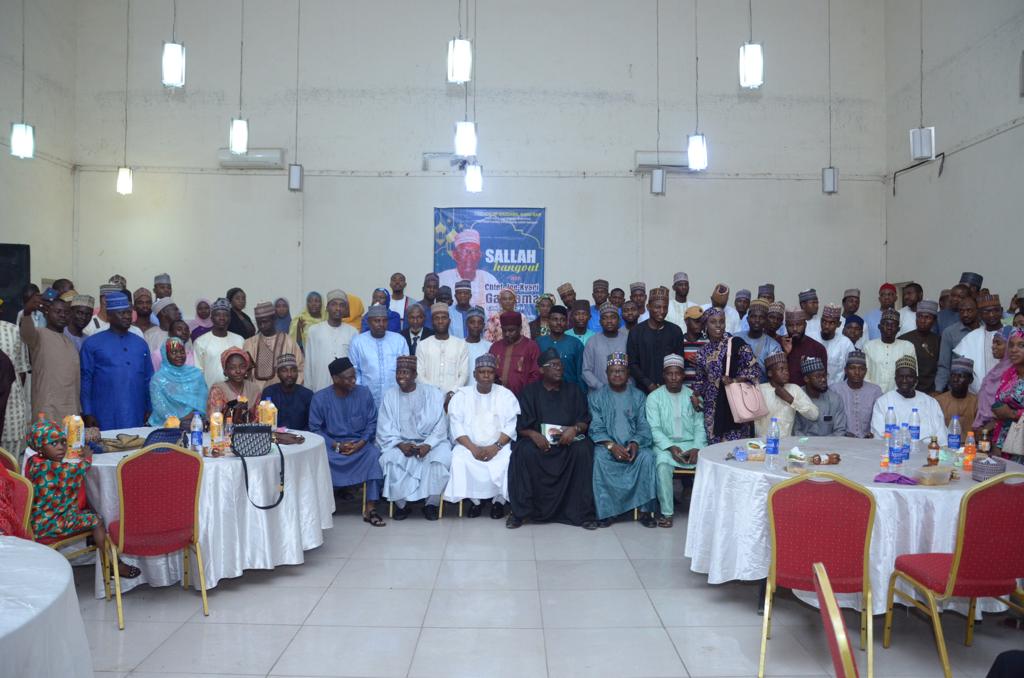 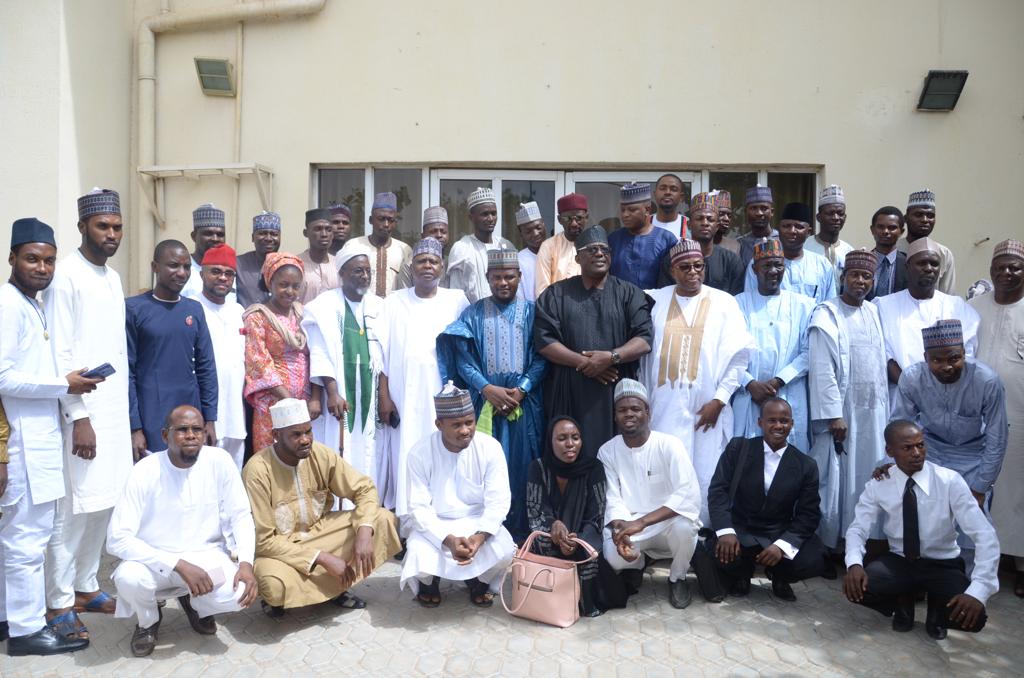 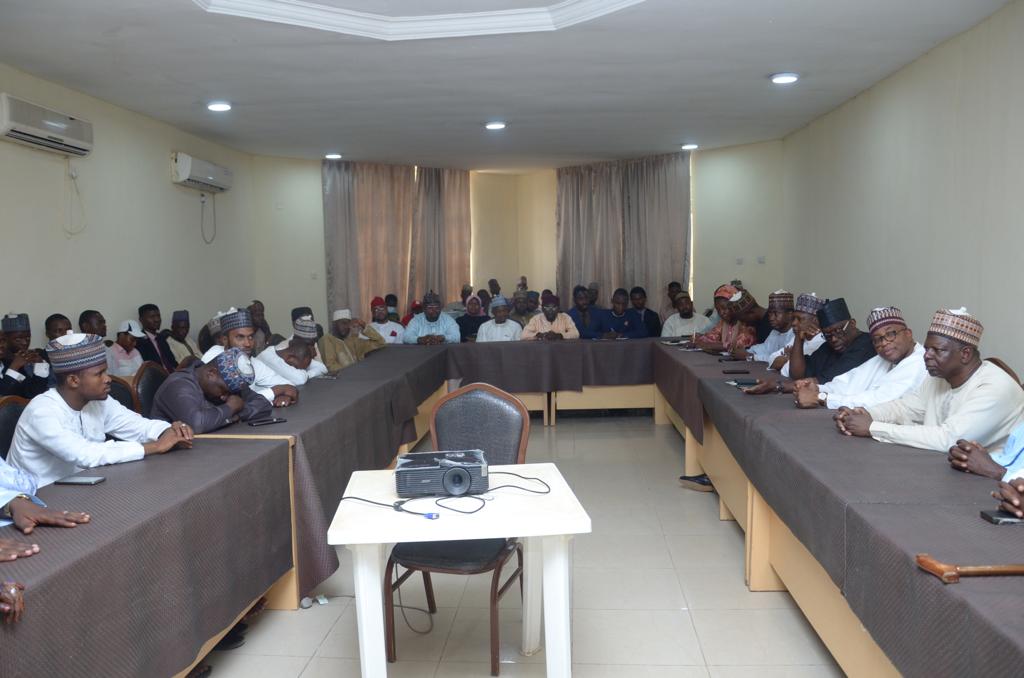 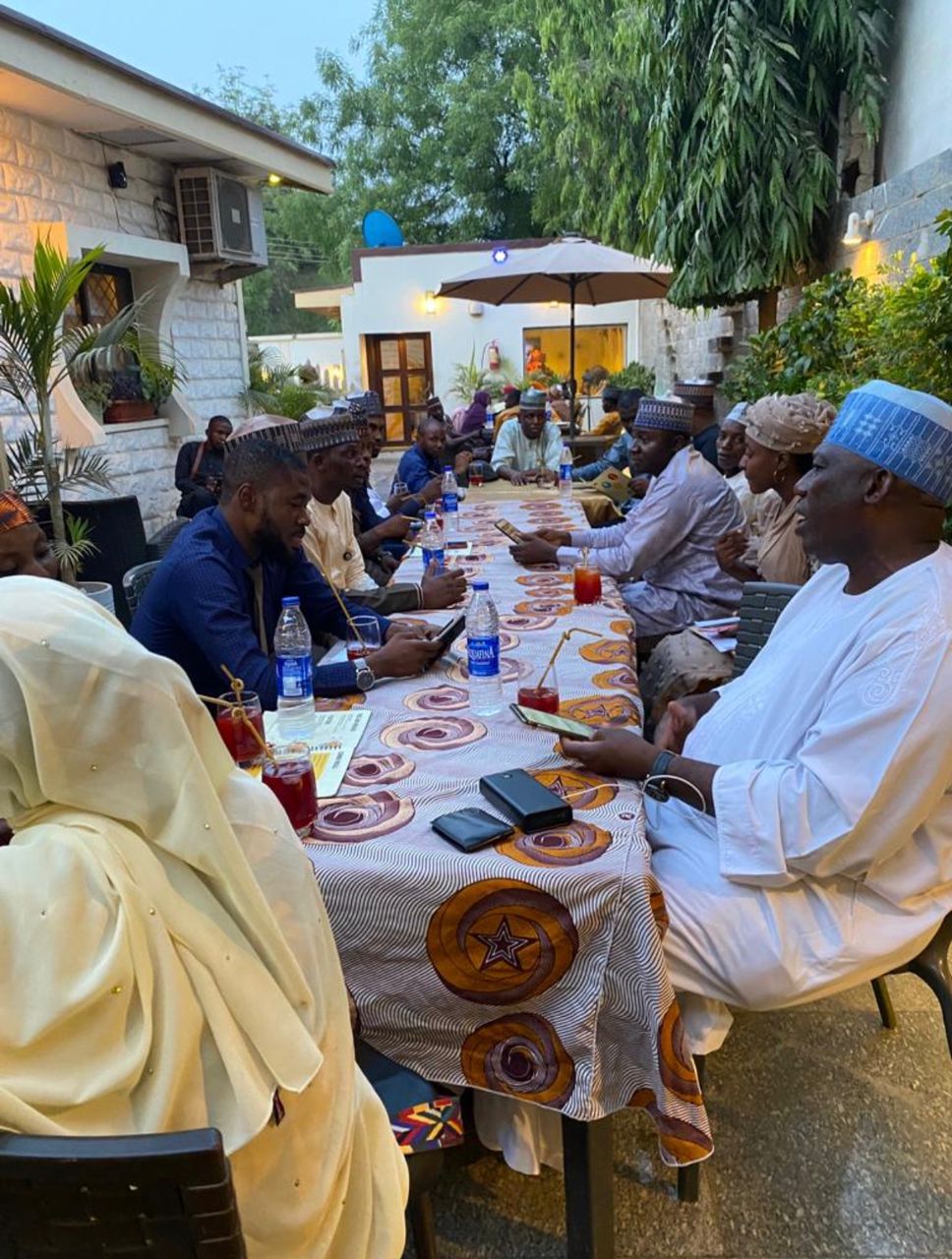