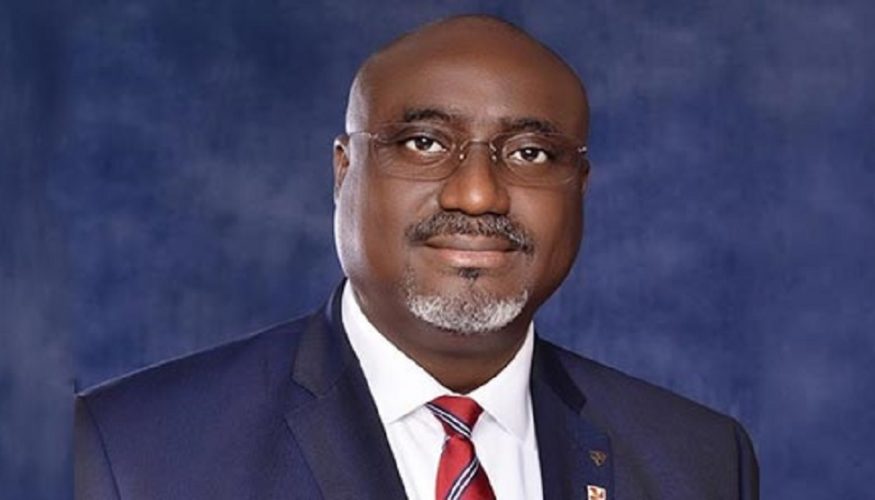 An aspirant for the presidency of the Nigerian Bar Association (NBA), Mr. Yakubu Chonoko Maikyau SAN has responded to the petition by embattled Bar aspirant, Mr. Kayode Bello which urged the Electoral Committee of the NBA (ECNBA) “to suspend the candidature of Mr. Y. C. Maikyau as the NBA presidential Aspirant, pending the determination of the disciplinary case against him at the Legal Practitioners Privileges Committee (LPPC) for his misconduct.”

But in a response dated May 12, 2022 Maikyau stated that section 20(1)(f) relied upon by the petitioner “is inapplicable to my person and to my candidature for the office of the President, Nigerian Bar Association.” He argued that the section deals with removal of National Officers from office, adding that the section “is not only inconsequential but irrelevant.”

The presidential aspirant stated that “I have not been found guilty of any offences or misconduct by the Legal Practitioners Privileges Committee (LPPC) or any other tribunal or Court whatsoever,” adding that “my right to fair hearing under section 36(4) of the Constitution of the Federal Republic of Nigeria (as amended) dictates that until and unless the Disciplinary Committee of the LPPC hears and determines the petition before it, I cannot be subjected to any denial of my right as a consequence of the Petitioner’s petition before the Disciplinary Committee of the LPPC.”

Conceding that the petitioner authored a petition against him at the LPPC, Maikyau stated that he responded to the petition, “thereby joining issues with the Petitioner. I also appeared before the Disciplinary Committee of the LPPC to defend myself, but the Committee decided on 14th June, 2019 to adjourn hearing sine die until the Petitioner’s action before the Federal High Court is determined one way or another.”

He argued that Bello had elected the LPPC to ventilate his alleged grievance, adding that “This petition therefore and this hearing amounts to an abuse of administrative process and forum shopping by the Petitioner.

Maikyau stated that the lawsuit “upon which his petition and indeed this petitioner (sic) was originally founded” was dismissed by Justice N. E. Maha on March 11, 2020, adding that he communicated the outcome to the Disciplinary Committee of the LPPC through a letter dated February 4, 2021.

He argued that “It is based on the foregoing, that I humbly submit, that this Committee cannot entertain this Petition, as doing so would pre-empt the decision of the Disciplinary Committee of the LPPC before which the Petitioner has willingly submitted his grouse against me.” Maikyau however stated that he would “for the abundance of caution” isolate and respond to the kernel of Bello’s petition.

The presidential aspirant restated his response to the Disciplinary Committee of the LPPC, adding that he never lied to the Disciplinary Committee. He said that “Neither myself nor my client disobeyed the Order of Court to allow the petitioner write his exams,” adding that Bello “cannot hang the blame of his failure/refusal to show up to write his exams on the CLE or myself.”

Maikyau also denied scuttling settlement between Bello and the Council of Legal Education, noting that “Counsel have a minimal role to play in parties’ settlement.” He added that he “did not use my position as a Senior Advocate of Nigeria, or even as Counsel to scuttle the Court’s advise (sic) on reconciliation.”

The senior lawyer stated that he “will not be blackmailed by the shenanigans of the Petitioner and his likes who believe that everything that does not go their way is rigged,” adding that “the necessity of me responding to it (petition) is only but one of the sacrifices of offering to serve.”

The decision of the ECNBA is awaited on the petition. 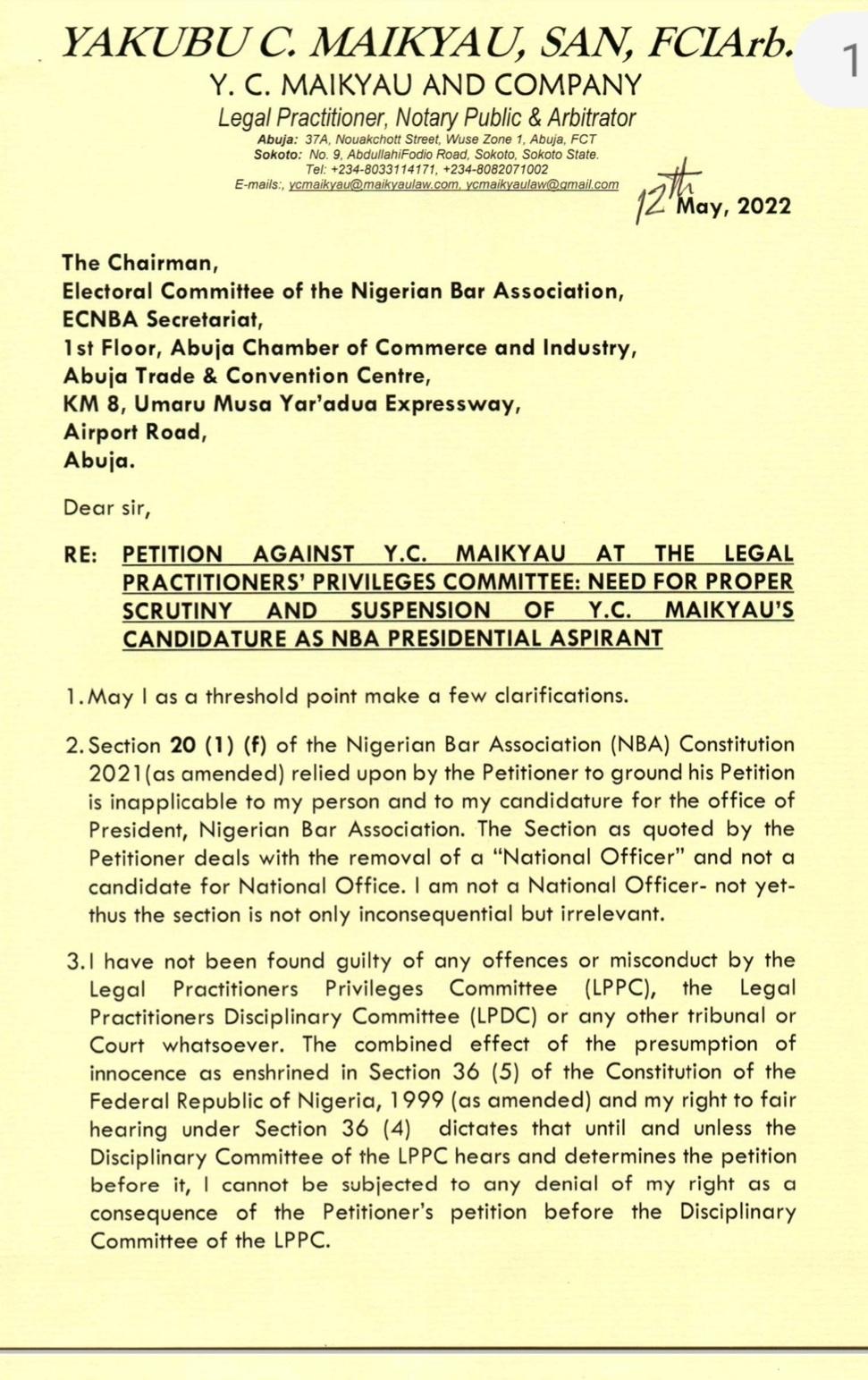 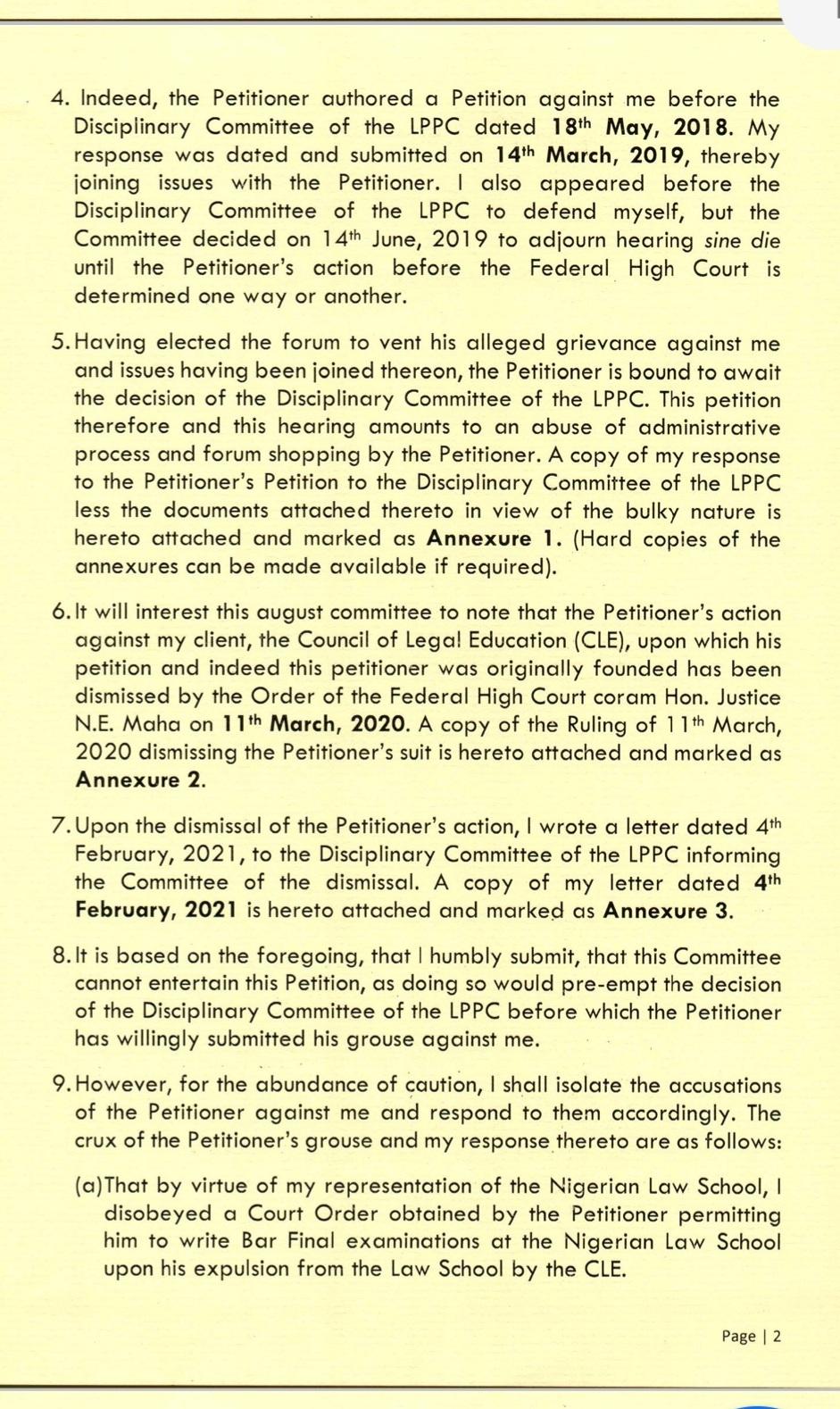 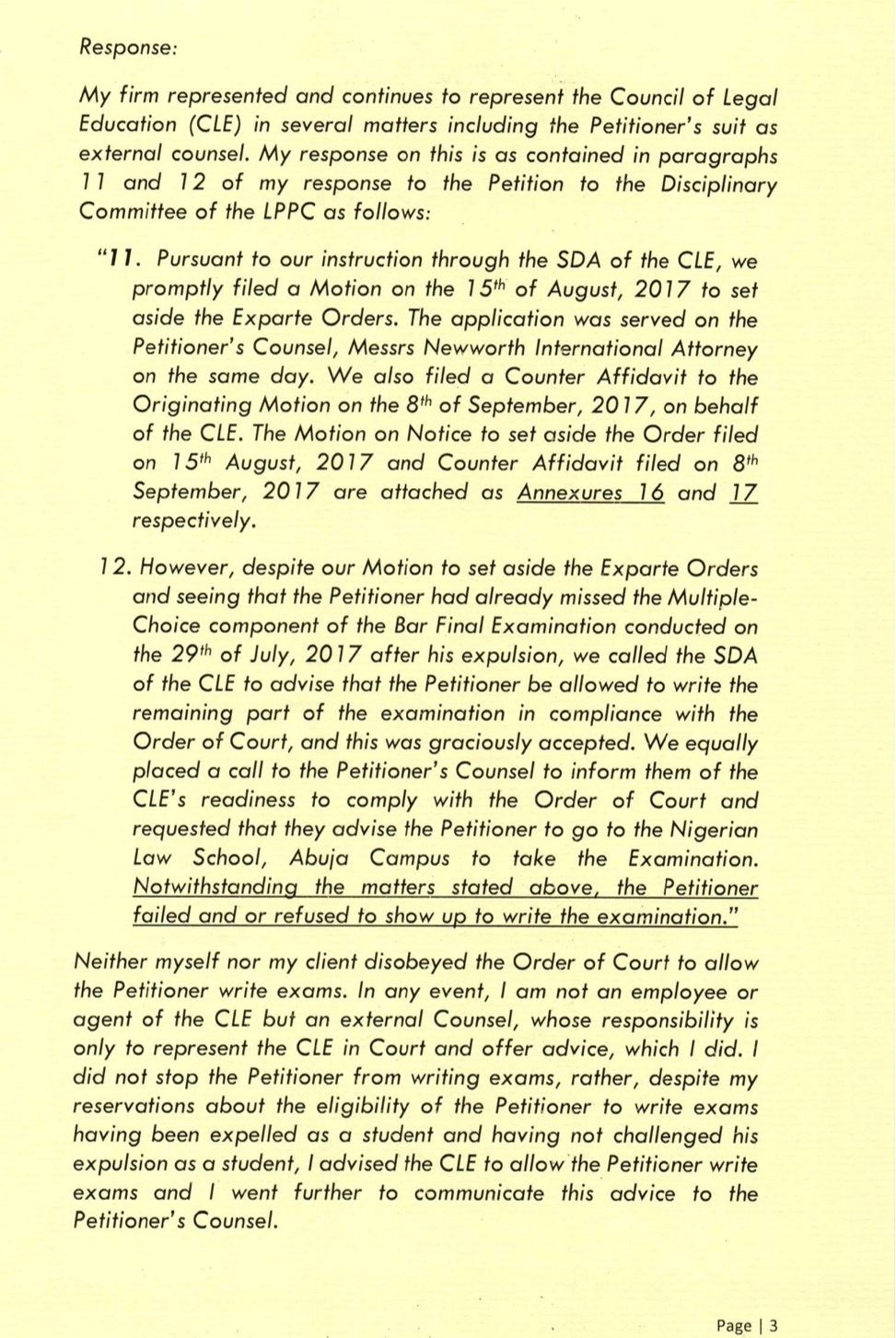 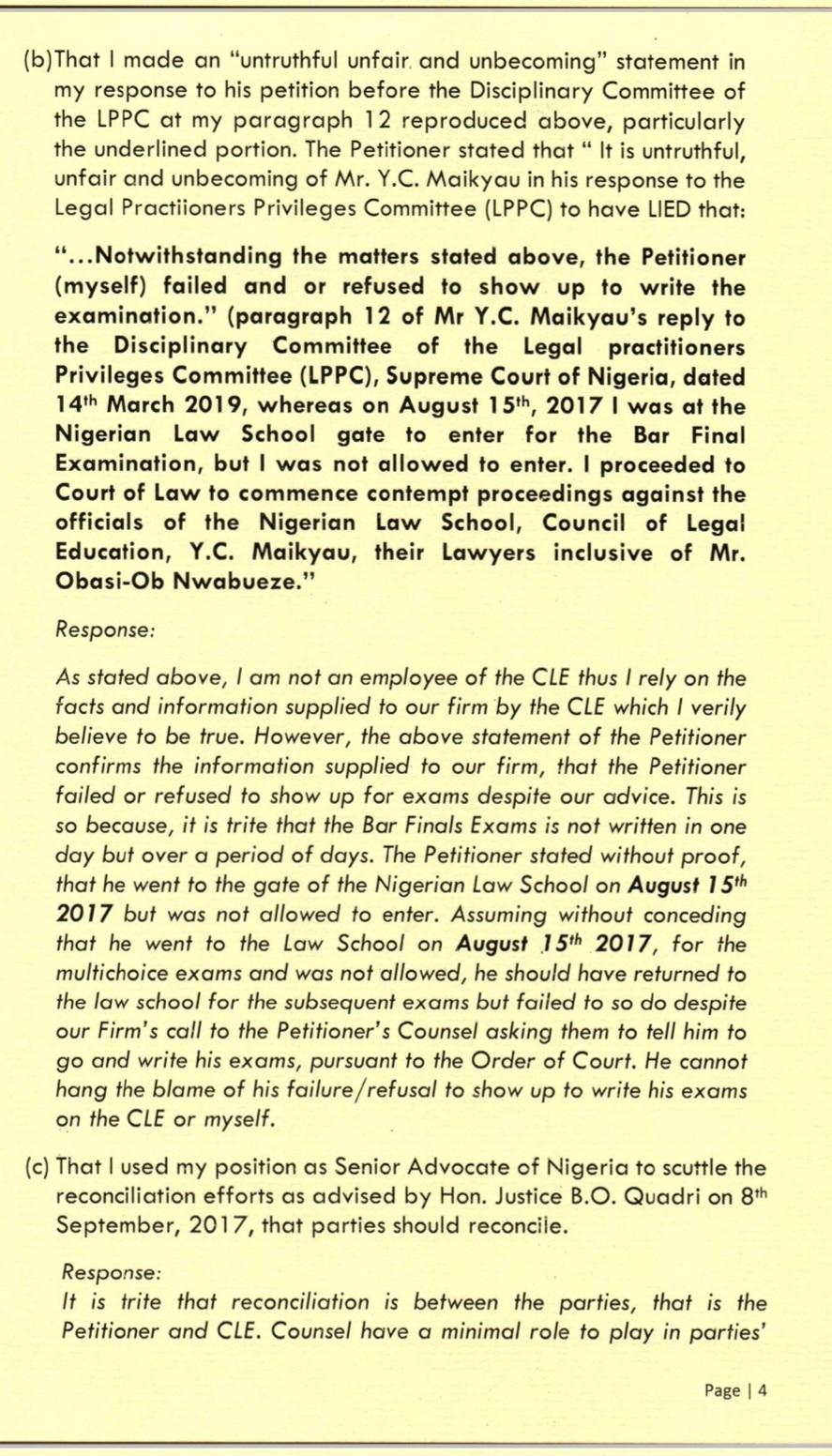 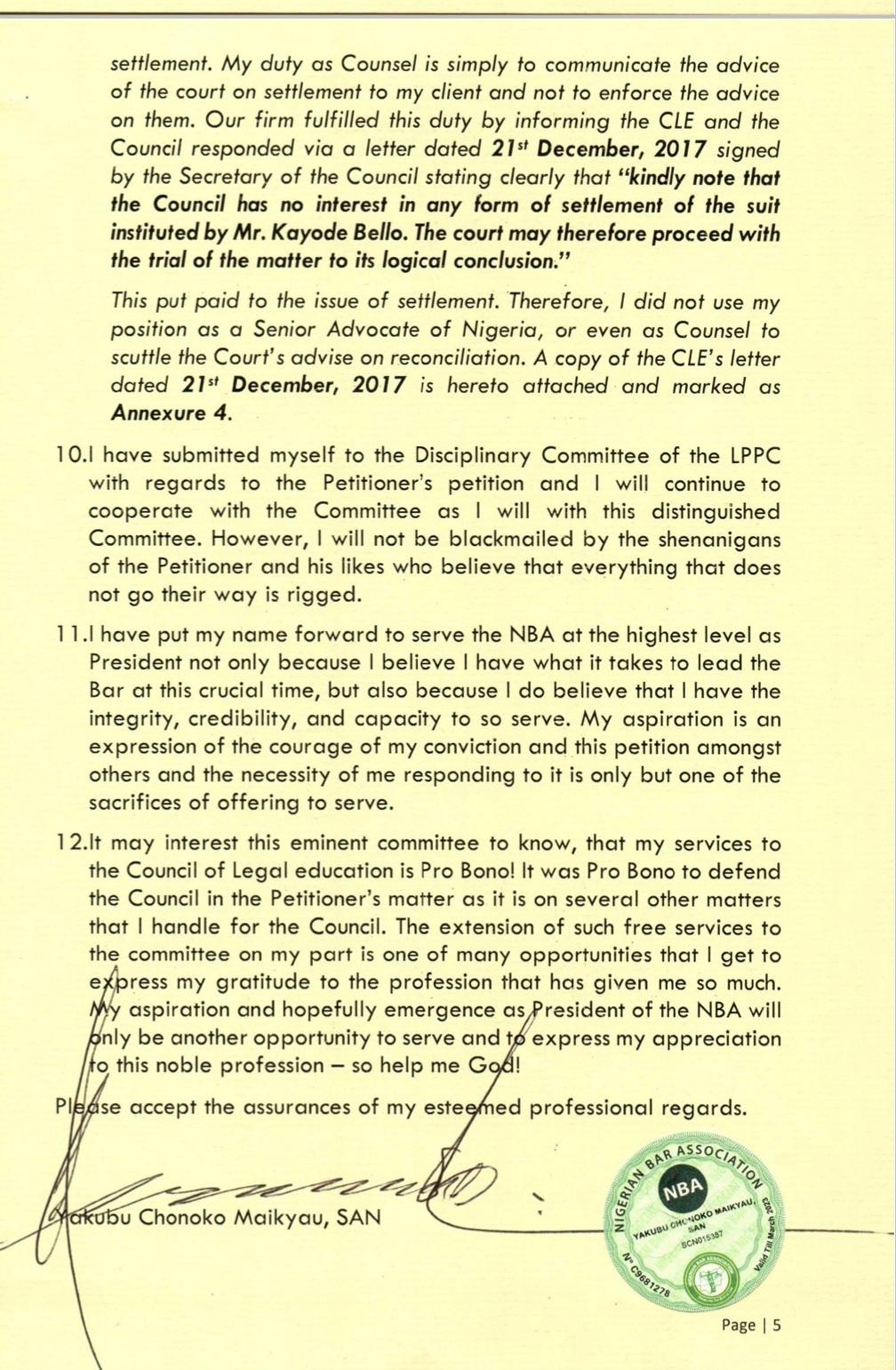 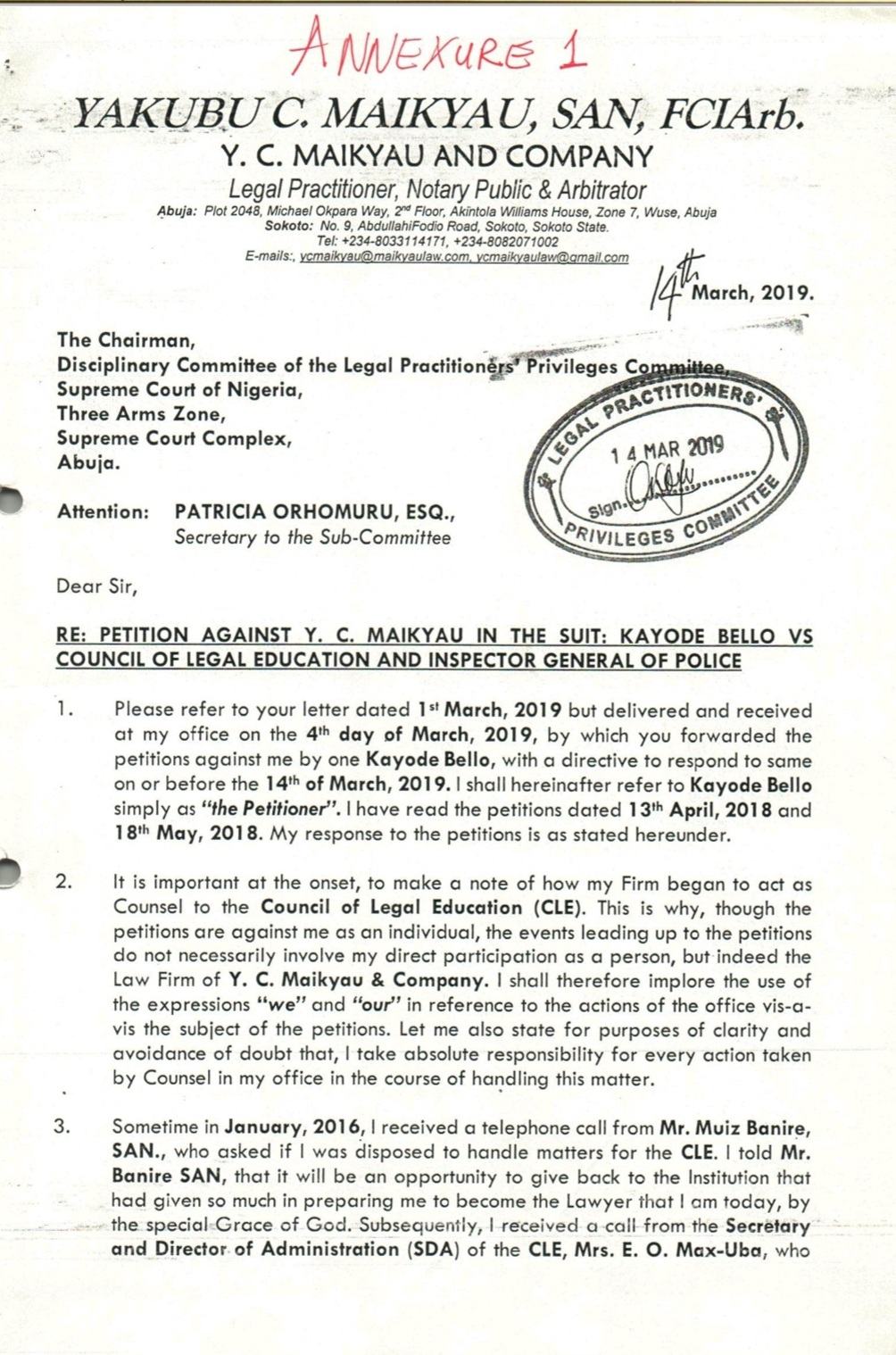