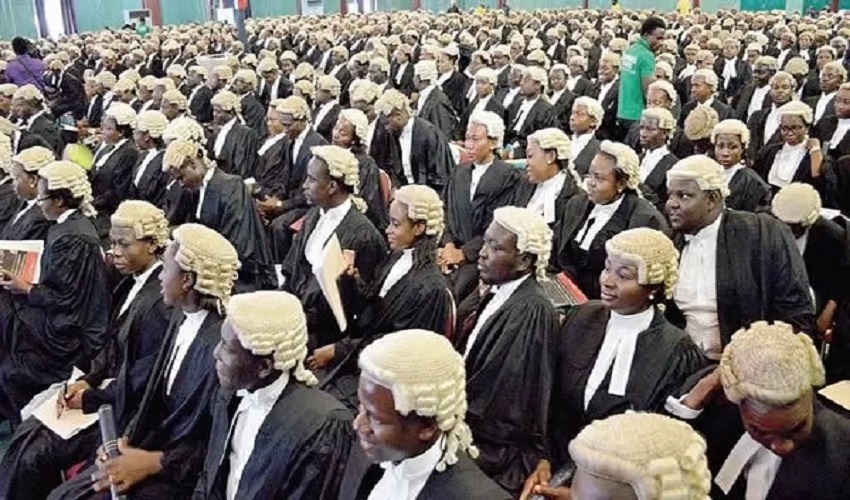 ‘ROLE OF LAWYERS IN NATION BUILDING,’ BY TAIDI

The major goals of any given nation are: to promote the wellbeing of its citizens, develop strong institutions, strengthen its sovereignty, gain traction in the world map and engender a sense of patriotism in her citizens. All of these can conveniently be subsumed into the concept of nation building.
Nation building undeniably hangs on the strings of the rule of law, without which there is no environment for growth. In turn, the rule of law is guarded by the ministers at the temple of justice (lawyers and judicial officers) who must ensure that at every point in time, there is compliance with laid down rules. And since judicial officers are first lawyers before they ‘ascend’ to the bench and since they wield ultimate power in interpreting the letters of the law, they are without a doubt an integral part of nation building.

SPECIFIC ROLES AND IMPACT OF LAWYERS AND JUDICIAL OFFICERS IN NATION BUILDING
Under this subhead, we will attempt to outline certain key and specific roles lawyers-cum-judicial officers play in nation building. It is important to state that the roles herein are subsumed under the major role of upholding the principles of the rule of law. The roles are hereunder enumerated: 1. Lawyers are duty bound to Treat Civil Cases as Purely Civil.

There are a plethora of criminal cases in our courts today that are purely or majorly civil in nature. These cases mostly border on debt recovery, wherein facts are skewed to present a case of obtainment with false pretense so as to bring same under the purview of criminal law. These cases are handled by lawyers who are supposed to be ministers in the temple of justice, but as we have seen so many times, the desire to cash out often outweigh the lawyer’s duty to advise a client on the best legal route to take in seeking redress. Many have argued that this system is the fastest means of recovering debts, and while this may have some level of truism; it however contributes in destroying our legal system by creating a certain level of uncertainty, which in turn creates room for monumental arbitrariness. No nation can grow where there is such uncertainty regarding its legal practices.

2. Duty of Lawyers to Turn Down cases Aiding and Abetting Money Laundering by Government Officials and Private Individuals Alike

It is safe to state that no major act of money laundering is possible without the aid of a lawyer whether before or after the fact. The thieving mind either seeks counsel on how best to pull off the ignoble act or how to sustain it without suspicion. Lawyers are frequently directly involved in this dishonorable act by accepting laundered money labeled as legal fees. We are well aware that this arrangement is perhaps one of the safest ways to conceal laundered money since the lawyer’s account is seen as sacrosanct. The courts have even given judicial backing to this fact since it nullified the classification of the lawyer’s account as one over which the Special Control Unit against Money Laundering can beam its searchlight. Without doubt, this judicial step is a noble one which moreover confers respectability on the person of the lawyer. It resonates with pride and underlines the high esteem with which lawyers are regarded. It is however sad that rather than live up to this perception, we take advantage of same to destroy the country all the more. No nation can develop where such acts continue unabated. Thus, if every lawyer can choose to do better in this regard, we can begin to chart a sustainable course for nation building.

3. Duty by Lawyers to Desist From Undue Delay and Frustration of Cases In Court
as justice delayed is justice denied. There can be no serious talk of nation building when the general notion is that a tortoise would probably finish touring the world before a case in a Nigerian court would come to a conclusion. Lawyers in a bid to buy time employ delay tactics to frustrate cases over which they are well aware their clients have no legal rights. Series of excuses are proffered to obtain unreasonable adjournments. As ministers in the temple of justice, we ought to defend or prosecute cases in court with the aim of doing justice regardless of whose interest we are representing. If a client is well in the wrong, we are duty bound to advise him accordingly to explore settlement options or take the necessary steps for the speedy dispensation of the case. The funny thing about unconscionable delay tactics is that we are all victims of it. The argument you proffer in court today will come back to haunt you tomorrow in a separate matter. All of these create in the minds of the citizens a diminished sense of confidence in the judiciary, thereby leading to increased use of self-help, or rather jungle justice, which is inimical to nation building.

4. Duty by Lawyers to Uphold the Rights of the Undefended

One of the noblest ways to adequately express the gift of advocacy is to as much as possible stand for people whose rights are trampled on and have no one to fight for them. As lawyers, we owe it a duty to the society as a measure of our goodwill and ‘giving back,’ to take deserving cases in this regard, prosecute or defend these to their logical conclusions. Any wrong that goes unaddressed is a dent on the rule of law which has its toll on nation building.

5. Duty by Lawyers to Advise Government Officials and Institutions Appropriately
A lawyer is trained to always uphold the rule of law and to be bold in doing same. The travesty of government officials on whose watch or at whose behest the rule of law is greatly bastardized and left unchecked, is sadly often aided by lawyers in both government and private practice who are determined to earn their fat fees at the detriment of the soul of the nation. This is a major stumbling block to nation building. We have witnessed time and again the impunity with which orders of court are disobeyed by government officials. I am of the strong opinion that these government officials are not being properly advised by the legal personalities saddled with the responsibility to so do. We have had situations where Attorney Generals have been sent to prison for the failure of governments to obey court orders. This sort of thing is a dent on the legal profession. Where a governor or elected government official fails to obey orders of court, the A.G ought to resign in protest to protect the rule of law. This will to a large extent send the right signal and foster a sense of confidence in the legal profession which remains the last hope of the common man.

6. Duty by Lawyers to When Necessary Institute Public Interest Suits in Defense of the Rule of Law
Similar to the point made previously on the duty of lawyers to take up pro bono cases, is the duty of lawyers, especially the NBA, to take it upon themselves to champion the cause of true nation building by being in the forefront of challenging any act of government or individuals that threaten the collective goodwill of the nation. This duty is codified in the NBA constitution through the Section on Public Interest and Development Law. I must commend this section of the NBA for its work thus far, but there is still much to be done.

7. Duty To Appoint Judicial Officers Who Would Always do Justice Without Fear or Favour
One corrupt judge is perhaps more dangerous than 10 armed men, for he can throw the innocent into prison and free as many guilty people that can bribe their way to unmerited judgment. In the same vein, a judge who applies sentiments in adjudicating on matters will hardly ever reach just conclusions. To this end, it is important that the necessary appointing authorities, as a matter of duty and patriotism, place on the seats of adjudication only people with proven track record of integrity and grit in the dispensation of justice.

Closely related to the above is also the need for judicial officers to be up and doing in terms of the time frame within which cases in their courts are dispensed with. They should always stand firm in curbing the antics of lawyers who try to delay the cause of justice.

We have enumerated few specific roles by lawyers and judicial officers alike in contributing to nation building. It is hoped that as we progress as a nation, we will see the need as legal practitioners to embrace this all important duty. Away from the legal duties lawyers must perform in promoting nationhood, we must also be up and doing in our civic duties to the state.