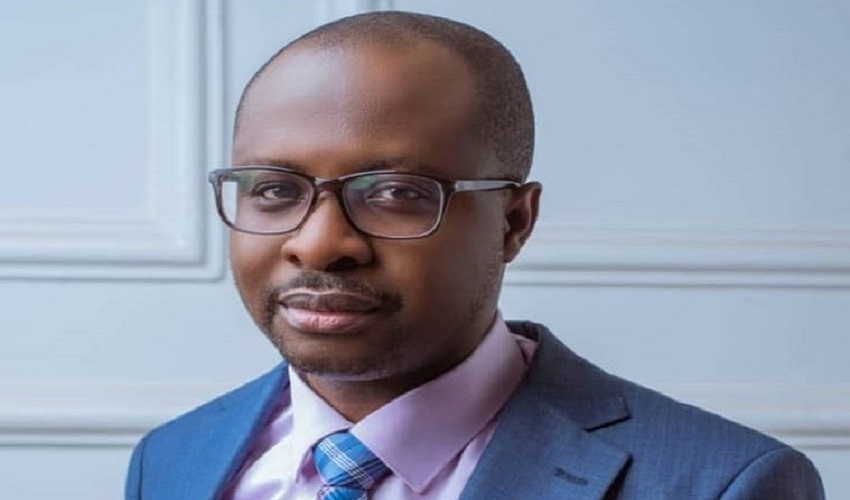 Following the election of the Gwagwalada Branch of the Nigeria Bar Association conducted on Saturday, the 11th of June, 2022 , Mr. Emmanuel Tayo Ogunjide, popularly known as ETO, has emerged as the new Chairman after a keenly contested election. To emerge as the new Chairman, Mr. Ogunjide scored 102 votes to defeat his only contender for the position, Mr. David Ebosetale Aigbefoh who garnered 25 votes only.

The results of the election was openly announced by the Electoral Committee of the branch Chaired by Ashara Mohammed, Esq. Thereafter, Mr Ogunjide got sworn in as the new Chairman before an array of who is who from the Gwagwalada branch of the Bar.

In his maiden but brief remarks shortly after taking his oaths of office and allegiance as Chairman, Mr Ogunjide promised to live up to the expectations of the branch in line with his campaign promises while seeking for the position. The event which held at the Gwagwalada Division of the High Court of the Federal Capital Territory, Abuja, afforded the visibly elated Mr Ogunjide the opportunity to be thankful to God, elders of the Gwagwalada branch of NBA, the Electoral Committee, his campaign teams and others too numerous to mention who contributed in one way or the other to his emergence as the new helmsman of the Gwagwalada branch of NBA.

In his usual unassuming and modest nature which he exhibited throughout the period of the campaign, Mr Ogunjide was emphatic that though he won the election overwhelmingly, however, in a contest of that magnitude involving learned members of the Bar, there’s neither a victor nor vanquished. It was a remark which earned him a thunderous applause.

The new chairman alongside members of his new executives thereafter took a symbolic salutary bow before everybody to affirm their appreciation and readiness to set the ball rolling in serving the branch wholeheartedly.

Immediately he assumed office, the first assignment performed by the new Chairman was to seek for the ratification of the reconstitution of the Electoral Committee of the Branch which he accordingly announced will henceforth remain a standing committee in line with the Uniformed Bye Laws of the Nigeria Bar Association..All members at the Annual General Meeting collectively, without any hesitation, approved same.
Mr Tayo Ogunjide further informed members on the need to roll out the drums as the Gwagwalada branch of NBA now under his watch has attained 10 years of existence having been created in 2012. A Committee to that effect was again expressly approved by the members for the new Executive to set it up without much ado.

It later became an emotion laden gathering with full of gratitude to God as Mr Ogunjide openly used the opportunity to thank his wife, Magistrate Janada Balami-Ogunjide and his family members for their unflinching support before, during and after the electioneering campaigns.

The icing on the cake of his gratitude to God and humanity were members of his campaign team; ETOTRATIB/THINK TANK which he specially recognized and acknowledged as the solid rock of Gibraltar behind his success story as the new chairman, stressing that, for the rest of his life, he will always live to appreciate their love, support and magnanimity. He also acknowledged the spirit of his opponent Team ABTC.

Other members of the newly sworn in executive of the 10 year old Gwagwalada branch of NBA are Miss Onwubiko Barbara as Vice Chairman, Hassan Luqman Olayiwola, Esq. as Secretary, and Mr. Olusegun Richard Femi, Esq. as Publicity Secretary. Completing the list of the new Exco are: Mrs Gwary Tessy who was sworn in as Financial Secretary, Mrs. Ezegwu Emmanuela as Assistant Secretary, Mrs Esther Opeyemi Akinrinde as Treasurer,
Mrs. Oboh Christy as Welfare Secretary, Eze Friday Esq. as Social Secretary and the last but not the least member of the ETO led Exco is Mr Aliyu Zubairu Yakubu, Esq. as the provost of the team.

Dignitaries who attended the swearing in ceremony include Prof Mrs J. A . A Agbonika, (SAN), Alhaji I.G Haruna and A. A Mohammed, Esq. among others too numerous to mention, who, one after the other prayed to God to grant newly elected Executive members of the Eagle Bar the necessary wisdom, knowledge, grace and tenacity of purpose to be able to soar like an eagle while carrying out the enormous tasks ahead of them.