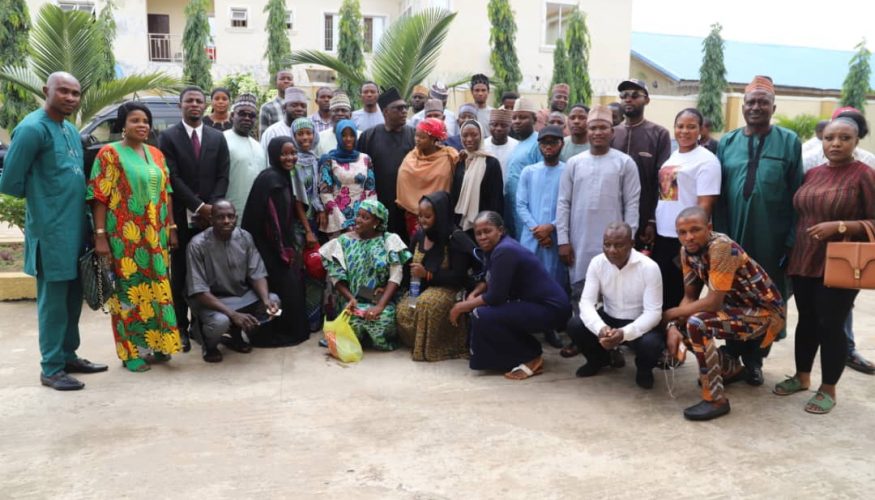 The Learned Silk had amongst his entourage, Mr. Muhammad Mongonu, the former Chairman NBA Maiduguri Branch and Former Attorney-General of Borno State, Mr. Sanusi Musa Esq, the Senior Lawyer, Mr, Nasir Saidu and Mr Hassan Sherif, Esq, amongst a host of others.

Speaking to the members of the NBA- Suleja Branch, Mr. Mohammed Mongonu, Esq, the Former Attorney General of Borno State narrated that the Learned Silk’s several selfless instances of service to the bar. He stated that Chief Joe-Kyari Gadzama, SAN is a man who stands for fairness, and professional excellence and was supremely ready to serve the Bar. He further stated that the Learned Silk is recognized and honoured in all parts of Nigeria; in the Western part as the Bobajiro of Akure Kingdom, in his hometown as the Sardauna of Uba, And more recently as the Shettima of Borno, and in the Eastern region as the Okwuluora of Ukpo. He further stated that the Learned Silk has been recognized even by the Federal Republic of Nigeria having been honoured with the title of OFR and MFR and that the Learned Silk’s accomplishments and qualifications are unquestionable, same as his unwavering commitment to the development of the legal profession.

Mr. Sanusi Musa urged the members of the NBA Suleja Branch to “follow person wey sabi road” that of all candidates, “na J-K sabi road pass” and that his antecedents speak for him. Mr. Sanusi noted that at such a critical time as this, the NBA cannot afford to have leaders that do not know what Bar leadership is all about.

Also addressing the gathering, Mr. A. M Idris, the former Chairman of NBA Suleja Branch noted that “the best man for the job now …is J-K “. E.U Iorna, described the Learned Silk as an “Abraham Lincoln” and “John Cena”, due to his never-say-die attitude, doggedness and tireless nature.

A representative of the International Federation of Women Lawyers (FIDA) Niger Branch, Sadiya Muhammed spoke, praising the Learned Silk for his efforts and strides. Mrs Fatimah Muhammed, a member of the NBA Suleja Branch and FIDA stated that she was privileged to read the Learned Silk’s manifesto, especially the part that pertains to the remuneration for young lawyers, she appreciated the learned silk for making the young lawyers a priority,

The Vote of Thanks was given by an active member of the NBA SPIDEL and majority leader of Democracy Africa Youth Parliament, Mr. Nasir Saidu, who appreciated M. T Zakari And the NBA Suleja Branch, the YLF NBA Suleja Branch, for finding J-K worthy. Mr Muhammed Auwal thereafter offered the closing prayer.