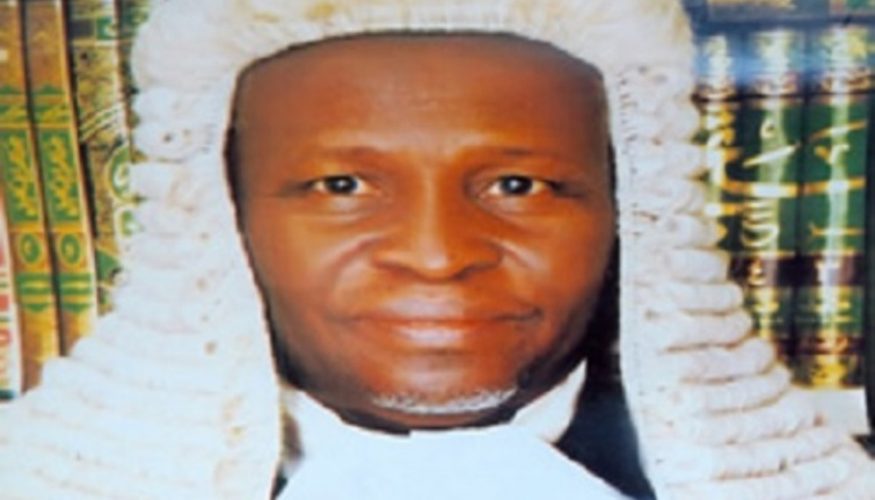 The Body of Benchers has waded into the crisis rocking the Supreme Court of Nigeria, CITY LAWYER can authoritatively report.

Rising from its emergency meeting yesterday, multiple sources told CITY LAWYER that the body set up an Advisory Committee on the Judiciary towards resolving the sensational face-off between the Chief Justice of Nigeria, Justice Tanko Muhammad and about 14 justices of the apex court who penned a damning protest letter against Muhammad.

“I am a member and the Vice Chairman of the Body of Benchers is a member and four others. We are swinging into action. We are talking to parties concerned, individually and collectively.

He added, “The committee has also been mandated to compare and contrast what the judicial officers take as their remuneration among others with what is obtainable in other parts of the world.

“The committee will confront the executive with what we derive as the best condition of service, remuneration, among others, as obtained by other countries of the world. The CJN cannot do this; the organogram tilts against the independence of the judiciary as we want it.”

Speaking on the debacle, Olanipekun said: “For now, we want them (Supreme Court justices) to sheath their sword. The committee will swing into action immediately.”

CITY LAWYER recalls that in a protest memo, the justices had demanded an explanation on their entitlements under Muhammad, saying that their annual foreign training had been blocked by the CJN.

They also protested over poor welfare packages which they claimed had hindered their jobs. The apex court, they said, has been receiving N110 billion yearly since 2018, even as they raised issues of non-replacement of poor vehicles; accommodation problem; lack of drugs at the Supreme Court clinic; epileptic electricity supply to the Supreme Court; increase in electricity tariff; no increase in the allowances for diesel, and lack of internet services to residences and chambers.

Others are non-signing of amended Rules of Court for almost three years; sudden stoppage of two to three foreign workshops and training per annum for Justices, and absence of qualified legal assistants.

The jurists accused Muhammad of junketing abroad with his wife, children, and cronies while denying them similar perquisites of office, adding that “In the past, justices were nominated to attend two to three foreign workshops or training per annum with accompanying persons for reasons of age. Since your Lordship’s assumption of office, Justices only attend two workshops in Dubai and Zanzibar. They were not accorded the privilege of travelling with accompanying persons as was the practice.

“Your Lordship totally ignored this demand and yet travelled with your spouse, children, and personal staff. We demand to know what has become of our training funds, have they been diverted, or it’s a plain denial.”

The justices stated that “Your Lordship may also remember that the National Assembly has increased the budgetary allocation of the judiciary. We find it strange that in spite of the upward review of budgetary allocation, the court cannot cater for our legitimate entitlement. This is unacceptable.”

The justices berated Muhammad, saying his alleged weak leadership had drastically lowered the standards for which the nation’s highest court was known.

But in his response, the Chief Justice of Nigeria in a scarcely veiled chastisement of his colleagues, described the escalation of their grouse into the public space as “akin to dancing naked at the market square by us with the ripple effect of the said letter.”

Titled “Re: State Of Affairs In The Supreme Court And Demand By Justices Of The Supreme Court,” the rebuttal stated that “When a budget is made, it contains two sides, that’s the recurrent and the capital, yet all the two are broken down into items. The Federal Government releases the budget based on the budget components. And it’s an offence to spend the money meant for one item for another.

The response noted that infrastructural work is ongoing in the Supreme Court as budgeted, adding that “security and water supply are adequately provided for his brother Justices in their offices and residences. During the period of pandemic, a profound and extra-care was maintained to avoid causalities among them as well as the staff generally. It would have amounted to an act of irresponsibility to divert money meant for the above for otherwise.”

According to the CJN, “The accusation so far, in summary is that more or all ought to have been done and not that nothing has been done; which is utopian in the contemporary condition of our country.”

He countered the allegation of lack of legal assistants, saying that “All the Justices of this Court has (sic) at least a legal assistance, except some may opt for more.” He added that “Generally the Judiciary is looking up to recruitment of more legal assistance and other supporting staff this year.”

He stated that aside from the death of two Supreme Court Justices and the retirement of four staff which “cost the court some funds in the forms of gratuities and allowances,” “Two weeks ago, eight Supreme Court Justices were nominated for a workshop in London as the court cannot take all of them there at once otherwise the job would suffer. They would be going in batches. Accommodations are being gradually provided for the few that are yet to get. There is none of the Apex Court Justices without SUV and back up cars. If any of them were purchased but refurbished, the external and internal auditors are here in the court to take those that bought them up over it.

“The high cost of electricity tariff and diesel are national problem. The Chief Registrar might have budgeted for N300 per litre but diesel is now selling for over N700 per litre and therefore has to find a way around it without even bringing it to the attention of the CJN. But there is no way the generator would be put off if the Court is sitting.

“The amendment of court rules is on the process, it has to be critically reviewed to avoid conflict with the constitution and other extant laws. Not all the CJN has reviewed the rules in the past. Within the three years his brother Justices mentioned came the pandemic and the judiciary workers’ strike.

“The internet services have been restored to Justices’ residences and chambers, just as some allowances have been paid to them. The CJN held a meeting with his brother Justices last Thursday and another one is due to hold this week.

“The general public should be rest assured that there’s no hostility or adverse feelings amongst the Justices of the Supreme Court, as everyone is going about his normal duty.” The CJN’s statement was issued by Ahuraka Yusuf Isah, his Senior Special Assistant (on Media}.