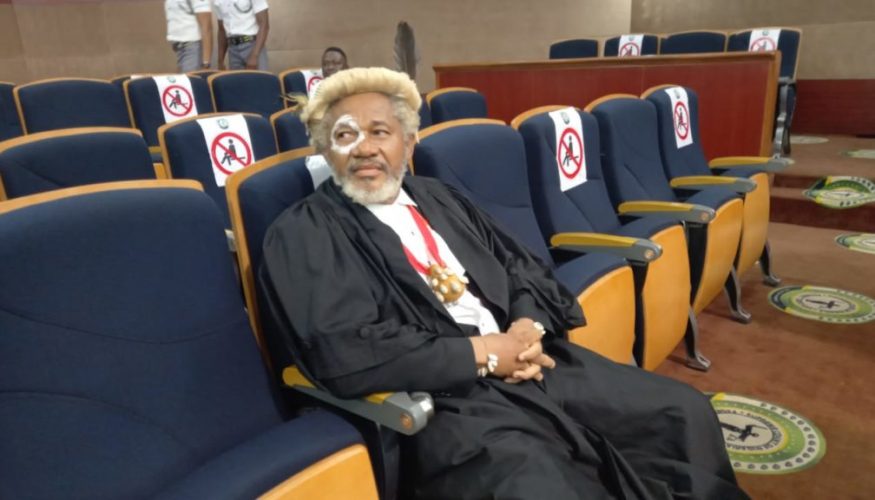 Reacting to a CITY LAWYER interview where Okutepa lampooned the human rights activist as a mere attention seeker, Omirhobo berated the former Nigerian Bar Association (NBA) Prosecutor at the Legal Practitioners Disciplinary Committee (LPDC) for finding fault with his veiled protest, adding that “It is not true that the Supreme Court Justices did not notice me as Mr. Jibrin said.”

Giving a blow-by-blow account of what transpired on that day, Omirhobo also said that “it would have been contemptuous of me to stand up to address the court as suggested by Mr Jibrin without first seeking the permission of the court or without being called upon by the justices to speak.”

The full text of his response as posted on his Facebook page reads:

MY APPEARANCE AT THE SUPREME COURT AND JIBRIN OKUTEPA SAN CONCERNS. BY CHIEF MALCOLM EMOKINIOVO OMIRHOBO.

My attention has been drawn to the post of Mr. Jibrin Samuel Okutepa, SAN concerns on my appearance at the Supreme Court of Nigeria making the rounds in the social media and consequently it is important that I clear the air .

I attended the supreme court as a legal practitioner as of right to observe proceedings and not to appear for any party . In the circumstance it would have been contemptuous of me to stand up to address the court as suggested by Mr Jibrin without first seeking the permission of the court or without being called upon by the justices to speak.

On whether the Legal Practitioners Disciplinary Committee (LPDC), can or will sanction me for dressing and appearing in the mode and manner prescribes by my religion before the Supreme Court? The answer is NO because according to the Supreme court of Nigeria by virtue of section 38 of the Nigerian constitution every Nigerian is entitled to freedom of thought, conscience, and religion, and freedom (either or in community with others, and in public or in privacy) to manifest and propagate his religion or belief in worship, teaching, practice and observance. This my right cannot be wished away just because some other persons feel uncomfortable with it.

The way I dressed to the Supreme court constitutes an act of worship, hence the refusal to allow me to put on my traditional outfit on my lawyers uniform will be a clear infraction of my constitutionally guaranteed right .

On that faithful day , I arrived the Supreme Court Complex at about 9am and by the time I finished addressing a press conference it was about 11 am . I then proceeded to enter the court room . By the time I got there the justices of the Supreme Court were on recess . As I made my way into the court room , the policemen and other security operatives at the entrance of the court tried to stop me but I refused and forced my way in and sat down at the bar on the third roll because the first two rolls were already occupied. When the justices reconveyed (sic) they saw me and were discomfited and had to abruptly rise after hearing an application which they struck out .

It is not true that the Supreme Court Justices did not notice me as Mr . Jibrin said . They did . Every lawyer knows that the bench from their vantage position in courts are able to view the bar and the gallery as well as monitor the activities in their courts . On this occasion I was sitting at the third roll dressed with painted face , feathers in my wig , tying a red cloth , with beads and calabash around my neck and cowrie’s on my wrist and jibrin say that the justices did not see me ? Haba! There is God oooo.

Practicing lawyers and litigants will bear me witness that no composed judge not to talk of the justices of the apex court will spare an improperly dressed lawyer that enters their court not to even talk of sitting at the bar . The reaction of the justices after seeing me goes to show that they were taken aback if not three things would have happened , the first is that they would have stood me up and lambasted me after which they will throw me out of their court . The second is that they would have cited me for contempt and the third thing is that the justices would have ordered that I be sent to a Psychiatric Hospital to check my mental state . But none of these happened .Feeling my presence in their court , the justices read the handwriting on the wall and let me be . I must however commend them for their maturity and discernment .

Granted without conceding that the justices of the supreme court did not see me, the question now is what did the learned silk that saw me do ? Nothing because he too like the justices was discomfited . As a member of the inner bar ranking higher than myself in the legal profession, what is expected of him with the other four Senior Advocates of Nigeria that he claimed were present in court was for any of them to approach me to find out what the problem was and if my responses are not satisfactory then they
would have asked me to leave with support of the other members of the bar . Mr. Jibrin Samuel Okutepa, SAN did nothing, only for him to go to the social media to seek relevance .

I am not in anyway introducing religion in our profession as suggested by the learned silk but helping to develop it. Importantly too I did not attend the supreme court to make trouble but to celebrate with the justices of the supreme court for their recent judgement permitting every Nigeria to dress in public places as prescribed by their religion .

I shall continue to exercise my fundamental rights to freedom of thought , conscience and religion as enshrined and guaranteed in the Nigerian constitution and as affirmed by the decisions of the Supreme court of Nigeria by appearing the way I did at the Supreme Court in other courts . Nobody can deprive me of my fundamental rights because it will be illegal, unlawful and unconstitutional to do so .

I advised the learned silk to save his Bible verses until he sees the Daniel in me in no distant time because I believe that action speaks louder than words. 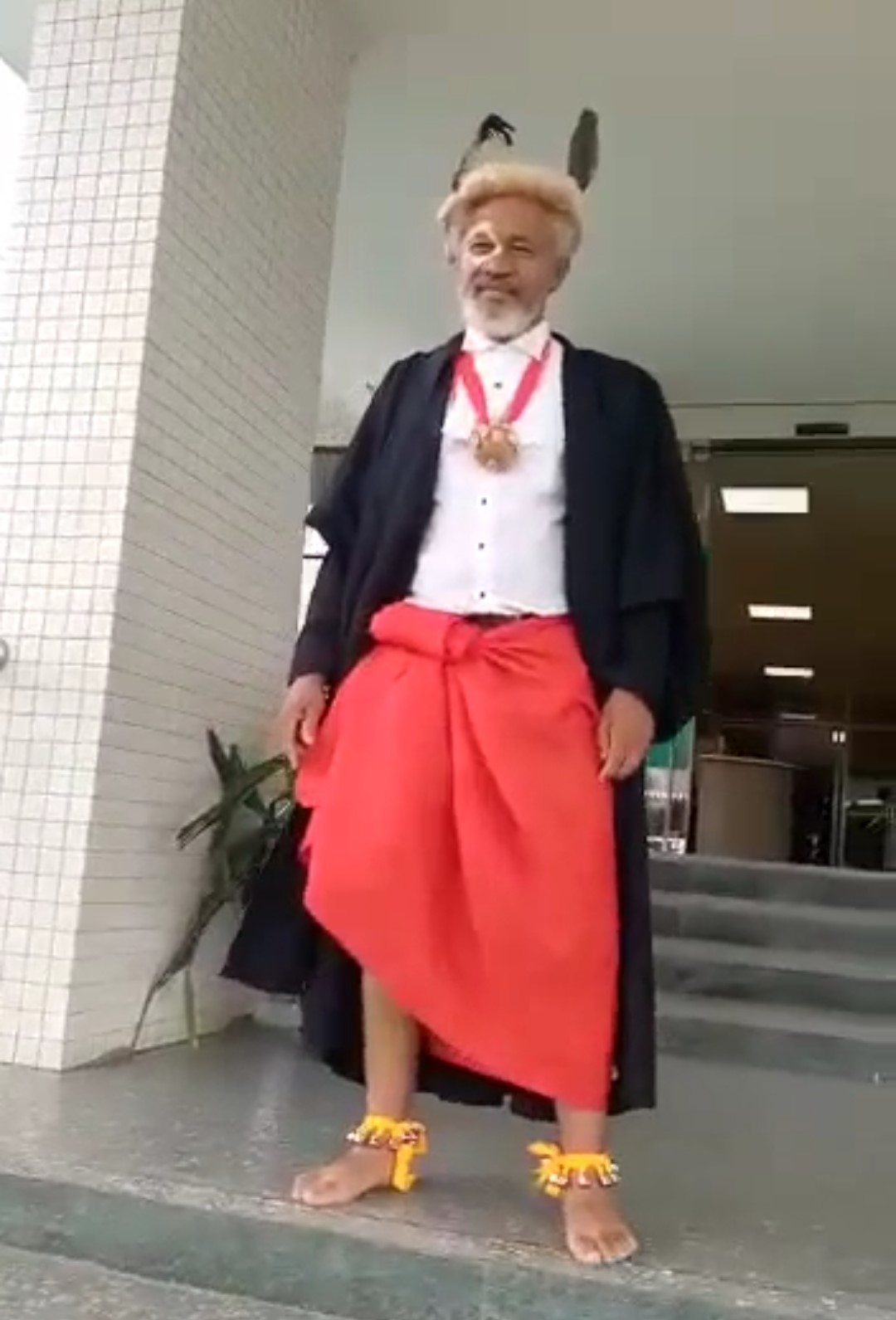