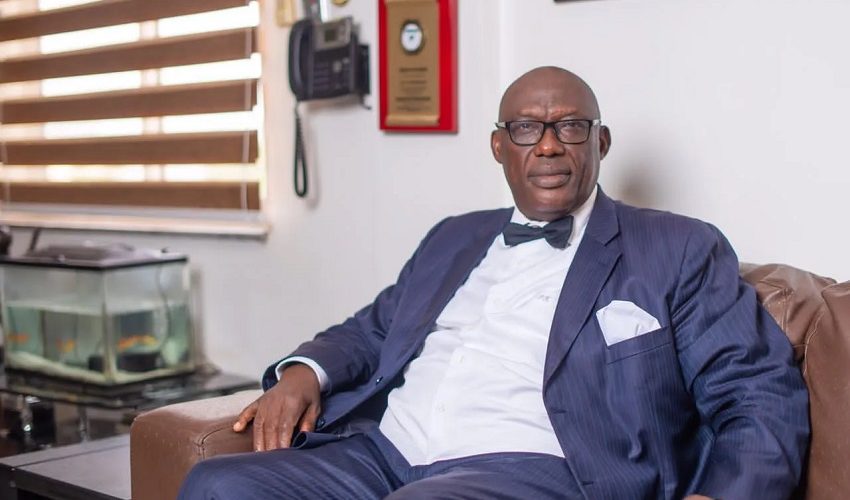 While introducing the learned silk, the Chairman of the branch Ogunjide Emmanuel Tayo noted that J-K Gadzama, SAN has been a godsent and a helper of the branch. He thanked the Learned silk for not abandoning them.

Joe-Kyari Gadzama SAN while congratulating the new Excos said that Biblically and even Islamically, there are the Moses’ who lay foundations and then the Joshuas’ who build on those foundations. He stated that he is the Moses who laid the foundation of the branch.

He further stated that it is the prayers of fathers for their sons to do better than them. Having been a former Chairman of the Branch, he is proud of how far the branch has come and that he would never hold back from helping them. He promised his continuous support as he said that he had planned to be in Lagos on Wednesday but had changed his mind and will be in their program to honor their 10th year anniversary.

He urged members of the branch to track the records of the Presidential aspirants and make informed decision in the forthcoming NBA general elections.

In his remarks, Mela Nunge, SAN former Chairman NBA Abuja branch stated that he is grateful to JK Gadzama SAN for giving him the opportunity to visit Gwagwalada Branch which he called home. He stated that he believes in the genuineness of purpose of the learned silk and urged members to trust J-K Gadzama SAN with their votes in the forthcoming NBA election.

Paul Eshemomo Esq, stated that J-K Gadzama, SAN is his mentor who has over the years done what no other lawyer, old and young have been able to do for young lawyers.

He stated that J-K Gadzama, SAN has through his mentorship programme which has been on for the past 8 years impacted the lives of young lawyers.

He urged young lawyers to take advantage of the forthcoming NBA election to secure their future.