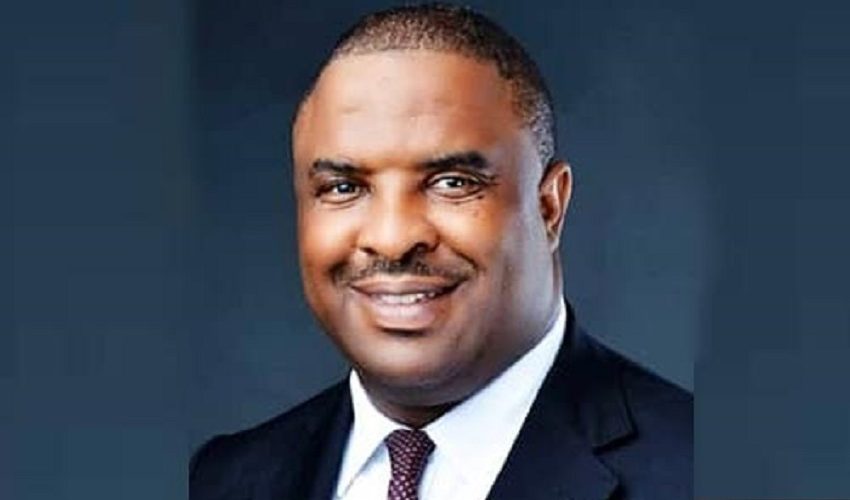 NBA-AGC SOCCER: ‘WHY WE FIXED DIFFERENT PRIZES FOR MALE, FEMALE COMPETITIONS,’ BY TCCP

The Technical Committee on Conference Planning (TCCP) for the 2022 Nigerian Bar Association (NBA) Annual General Conference has clarified the difference in the prize winnings for the male and female NBA inter-branch football competitions slated to hold between Thursday, 18th August and Tuesday, 23rd August 2022.

The TCCP said the clarification became necessary following the debate raging amongst lawyers, especially on social media, over the difference in the prizes for the victorious teams.

This has, however, generated some tension among lawyers some of whom viewed it as discriminatory.

But offering explanation for the difference, the TCCP said the fixing of the prize winnings was dictated by prudence and realistic expectations as the sports events at the AGC were structured to fund themselves.

“In providing sports activities as part of the AGC, the TCCP exercises prudence in the management of funds as such sports, if not fully funded by itself or sponsored by third parties, have to be subsidised by the NBA,” Erojikwe said in the statement with the subject”Prizes for NBA Inter-branch Female Football Competition”.

The TCCP Chairman said considering the novelty of the female football competition, it was difficult to project the amount that could be generated from it.

Therefore, in order to arrive at an informed view of the prize for the winner of the female football competition, the TCCP carried out an inquiry to determine the number of existing female football teams in the branches of the NBA.

“Our research suggested that there were only two established NBA female football teams in the country, and this informed the decision regarding the amount stated as prize for the competition,” he said.

Erojikwe said the only way the prize winnings for the female football competition could be increased was to raise the registration fees payable by branches, which the TCCP does not consider a feasible option at this time.

“The above considerations led to the decision to fix the above referenced prize winnings for the different competitions. We also deem it necessary to add that the decision to introduce female football as part of the sports events at the AGC is an important development which the TCCP is committed to having entrenched at future AGCs,” he said.

“We hope that the above explanation provides context and clarification regarding the subject. We would please ask that the level of interest that has been shown regarding the female football is sustained through the conference and that we make it a competition that we can all look forward to every year,” Erojikwe said. 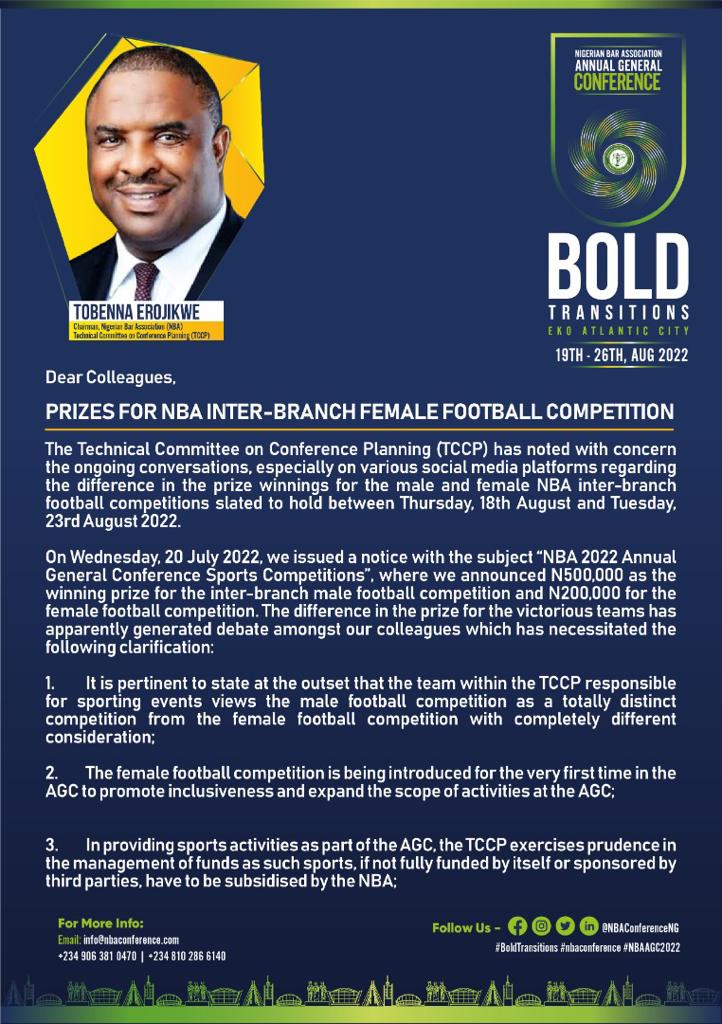 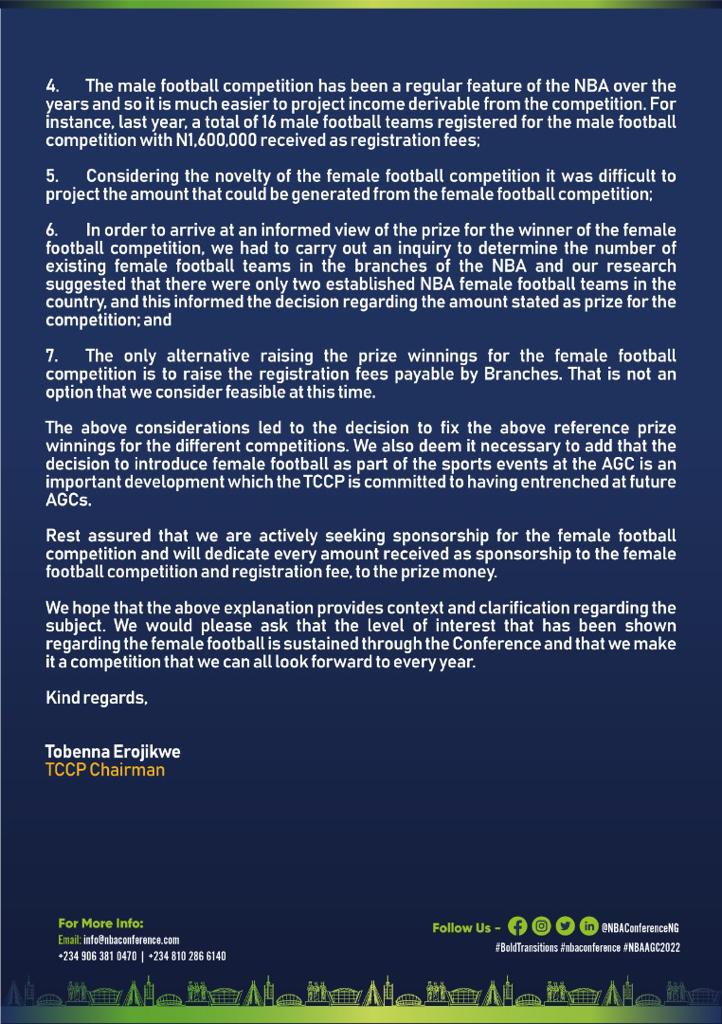