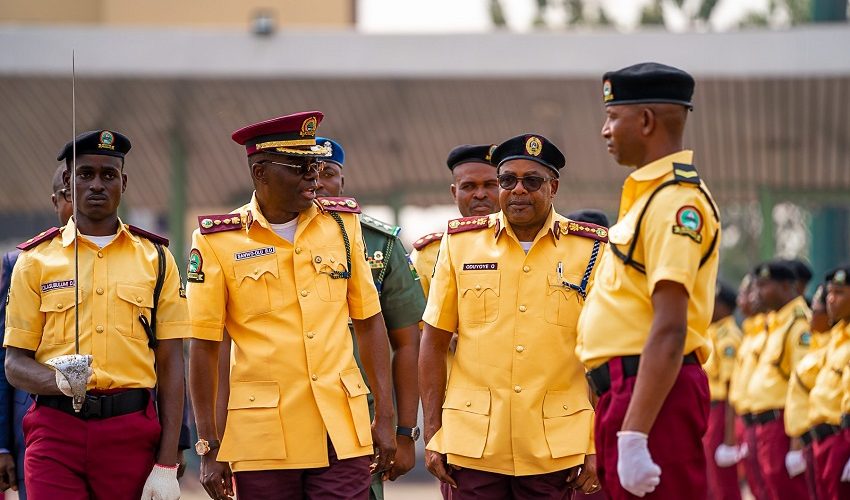 There was palpable confusion as a Lagos State Traffic Management Authority (LASTMA) officer, one G. Bakare barred a bus driver from riding with a passenger on the allegation that he is a ‘Yahoo boy.’

‘Yahoo boy’ is a euphemism for someone engaged in financial scams.

In several trending videos posted by the victim, Mr. Ibrahim Koletowo on his Twitter handle @Ibrokolet, he was seen vigorously protesting the action of the LASTMA operative who insisted that the bus driver must not proceed on his journey unless he dropped Koletowo.

His words: “This morning on my way to work, at berger iyana oworo a lasma officer (mr bakare), accused me of being a yahoo boy because I dressed the way I can, I entered the first bus he said he will arrest the driver if he take me to my destination, he did the same to the second driver.”

Interventions by another LASTMA officer and other passengers could not resolve the impasse, even as the officer threatened the driver saying: “I have what I will do for you.” The bus driver feared that he would be punished by the officer on subsequent trips, saying that was his regular route.

An apparently angry Koletowo was heard pouring invectives on the LASTMA officer and wondering whether arresting ‘Yahoo boys’ was part of the duties of LASTMA. He vowed that he would not be intimidated “in my community.”

The officer also directed the bus driver to “off that engine; carry another passenger,” as he lounged to remove the car key. He was heard telling the passenger that “Na Yahoo boy you be!”

While many commentators saw nothing wrong with the passenger’s dressing, some berated him for using abusive language on the LASTMA officer.

On his part, Segun Johnson @seggiejohnson said: “OMG! God help Sanwoolu with his subjects. Everyone is hostile, aggressive and so have become timed-bomb. The LASTMA officer was wrong but Ibrahim’s reaction was even worse than Bakare’s. It’s a case of 2 live positive wires connecting each other. Dangerous society. Just passing.”

CITY LAWYER could not confirm at press time whether LASTMA has reacted to the incident.